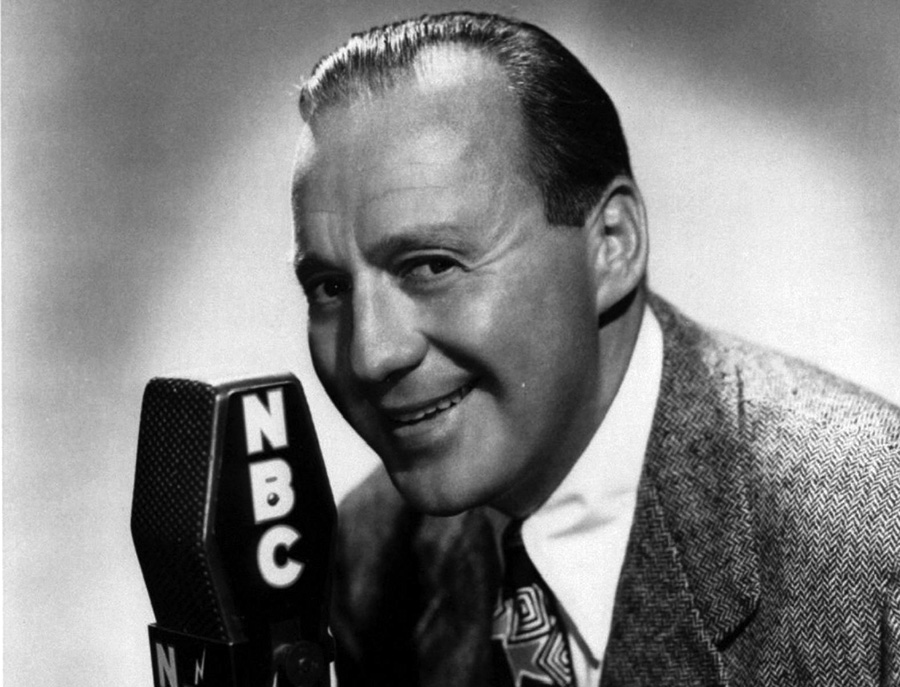 Network Radio Ratings during the golden age of radio determined whether a particular radio program stayed on the air. "Audience Estimates" are the basis of broadcast ratings, and the keyword is estimate. Radio shows like the Jack Benny Program, Amos 'n' Andy, and Edgar Bergen and Charlie McCarthy, Fibber McGee and Molly consistently ranked high and were therefore on the airwaves for many enchanting years.

There is no way of directly evaluating what each radio in America has tuned in at any single moment. Statisticians, who have studied the polling methods of George Gallup, claim they can give us an accurate estimate, based on their samples, and they may be correct. The different means of collecting their samples may be suspect, however.

Fred Allen, who was notorious for disparaging the ratings systems, loudly complained that the Hooperatings favored inferior programming. Claude Hooper, whose surveys were the basis for the ratings, calmly replied that the rating didn't reflect the quality of the program, but the quantity of listeners. Allen later replied that if a radio comedian were ever seen looking particularly down in the mouth, it was probably because he was "caught with his Hooperating down, that's all." 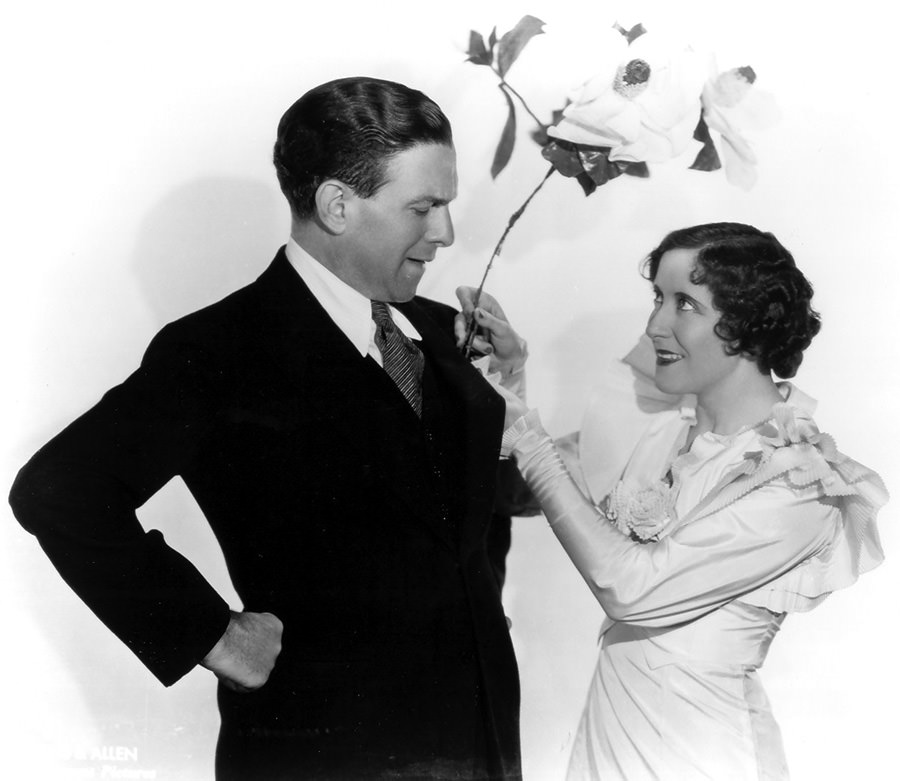 The different ways of ranking and rating programs allow for the creation of several different ways to list the best (and worst) performing shows. There is an interesting statistical anomaly in the ratings of the top ten comedy programs over the entire period considered in Jim Ramsburg's book Network Radio Ratings, 1932-1953. Whether determined by total ranking points, average ranking, or top ranking points (and these statistics seem consistent for many different estimates), the same ten programs make the list. The only difference is the order in which the appear on the list.

The Jack Benny Program is consistently at the top of the list. The second and third spots over the entire era are filled by Edgar Bergen and Charlie McCarthy, and Fibber McGee and Molly. The rest of the top Ten is filled out (in no particular order) by Amos 'n' Andy, Bob Hope, Burns and Allen, our friend and ratings hater Fred Allen, and Red Skelton.

Needless to say, these ten shows are far from being the only exceptional comedy shows from the era. The modern fan of OTR can benefit from the old ratings, however, using them as a guide in choosing the programming that they might enjoy on Mp3. 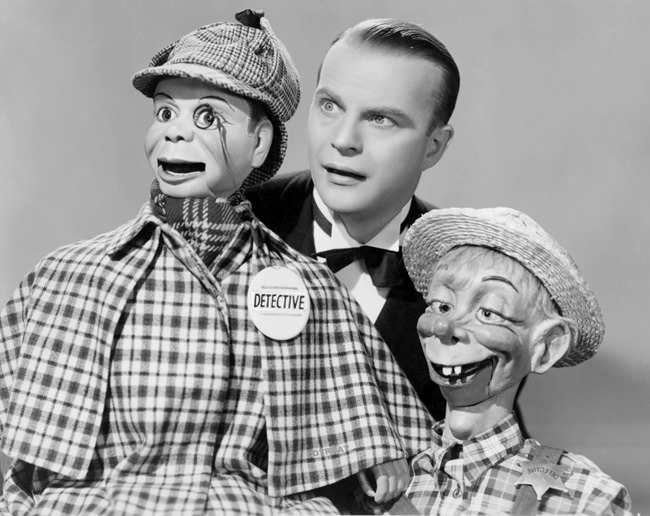 The argument for Public Radio is that it is a "Listener Supported" media. Whether or not this is important is a debate for another time and forum, but it does bring us the definition of Commercial Radio, which is "Advertiser Supported."

Advertisers have a great interest in determining how effective their advertisements are. In some cases advertising campaigns could run into millions of dollars, and no company can afford to invest that kind of money without a reasonable expectation that their message was getting through to the audience that they wanted it too. This was comparatively simple for periodical print media. The publishers of newspapers and magazines had a pretty accurate idea of who was buying and reading their material. If a magazine had a circulation of 75,000 and was read by rural housewives in the midwest, its advertising might be skewed more towards chicken incubators than to evening wear.

Radio was a different sort of animal. Radio's message went from the microphone to the broadcast antenna and then who knew who might receive it and tune it in. Advertisers needed to know, and in the early days of radio several methods were proposed to measure a program or a network's popularity. When the Amos 'n' Andy program first became popular nationwide, many restaurants and movie theaters found they had increased business if they played the Amos 'n' Andy broadcast. 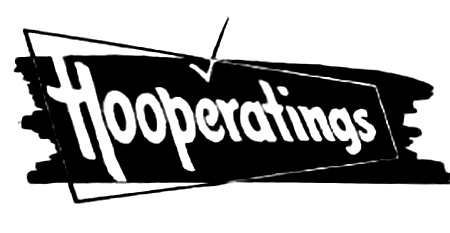 Another, less verifiable scheme was to wire a 60 watt light bulb into radio sets. Through a complicated mathematical formula based on power consumption at the local power companies, supposedly the number of radios turned on could be determined. Whether the measuring equipment at the local power company could actually sense the change in load isn't known, but one light bulb manufacturer did buy a large block of late Sun night programming with the purpose of getting people to stay up late and thereby increase the wear and replacement of their light bulbs!

The Cooperative Analysis of Broadcasting, Inc, (C.A.B.) was formed in Princeton, New Jersey, and supported by advertising agencies, advertisers, and networks. The C.A.B. hired Archibald Crossely in 1929 to measure "the unseen audience". Crossely's methods seem relatively crude, but at the time they were pretty much the only game in town.  Crossely had worked with George Gallup, who pioneered public opinion polling. Crossely's employees would choose random phone numbers from the directories of 80 cities over a period of sixteen years. When called, listeners would be asked about their listening habits for the past week.

There are some obvious limitations to Crossely's methodology. First of all his calls made for a very limited sample of listeners; home telephone service in the thirties and forties was relatively limited, so the data largely ignored minorities and lower income listeners. Crossely's questions required the respondents to recall what they may have been listening to several days prior, and so weren't always accurate. It is also thought that because the advertisers were paying for the Crossely's the results could have been skewed. Nonetheless, the Crossely rating became very important to the radio industry, and when the company folded in 1946, TIME magazine reported  that "Even top stars like Jack Benny and Edgar Bergen worried more about their “Crossleys” than their hairlines."

In 1934 C.E. Hooper, Inc., published their first Network Hooperatings. Although the methods of the Hooperatings were similar to the C.A.B., from the outset Hooper used a "coincidental telephone call method". Rather than asking listeners what they had listened to, respondents were asked if they were listening to the radio, what they were listening to at the time of the call, what station and network the program was on, and if they knew who the sponsor was. The C.A.B. eventually adopted the "coincidental call" questioning, but the Hooperatings still managed to supplant the Crossely's.

A number of other rating and audience measurements were attempted. Some surveys, notably Broadcast Measurement Bureau, depended upon mail-out surveys and listening diaries. However the diaries were subject to a great deal of inaccuracy. They were intended to be filled out while listening, but often respondents would wait until just before mailing to fill them out, and the data would be based on recall. Other respondents reported that the recording duties would be turned over to the children in the house, again tainting the data. 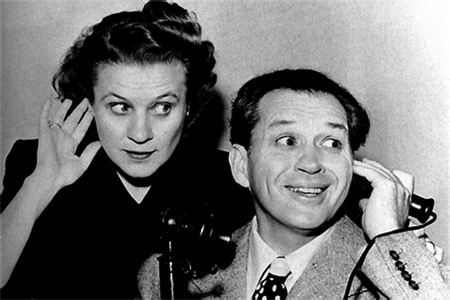 The A.C. Nelsen Company of Chicago had established itself by supplying marketing data to the food, drug, and liquor industry, and attempted to bring their expertise to broadcasting. Their data was collected by installing Audimeters on home radio sets. Before the meters were installed, the household would be thoroughly investigated and the results weighted by income level, time zone, and family make up. The data from the electronic Audimeter was collected and analyzed monthly. The results were incredibly accurate and useful, but the methodology was expensive and the results were found to be more useful to the national networks than local stations. The local broadcasters still depended upon the Hooperating. Nielsen's scientific electronic analysis would become the standard for the television industry.

For current fans of Old Time Radio, C.A.B. and Hooperatings make for interesting comparisons in deciding what programs they might enjoy listening to, but ultimately they make their own decisions based on how much they personally enjoy the shows. The various collections put together by the staff of OTRCat make a great starting point along with researching the various articles about the stars and programs about the Golden Age of Radio broadcast. Some listeners object to the old commercials left in OTR recordings, while others appreciate them for their entertainment and nostalgia value. Harlow Wilcox's enthusiasm for Johnson's Wax is an important part of Fibber McGee and Molly. Hearing the cast sing "Jay, Eee, Ell ell... Ooohhh!" sets the mood for the Jack Benny Show. However, more than one listener has complained about craving a refreshing long Fatima Cigarette after an evening listening to Dragnet.

Spoiler : TREMENDOUSLY FASCINATING!! WHAT GREAT MEMORIES THIS LIST PROVIDES. THANKS FOR SENDING IT TO ALL OF YOUR FANS.