Thousands from All Over the Country Flocked to Join this Gong-style Talent Show.

Choose your CD format
or order disks individually: Add to Cart Add to wishlist
Play a sample episode from September 21, 1939: 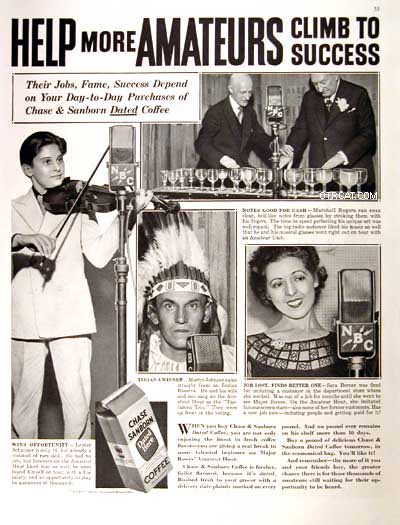 The amateur talent contest craze was at its height in the 1930s, and Major Bowes stepped in to take advantage of it. At the height of the depression, this popular show made the major a rich man, making two million a year – twice that of Al Jolson, and Jack Benny.

Poor folks traveled from all over the country to be on the New York show. Selling their houses, hitching rides, traveling in box cars, over 10,000 people applied weekly to be on the program. Many of the applicants were poor black men from the south, hoping to tap dance, sing or harmonica their way to fame and fortune. Most were turned away, as only 500-700 were auditioned and only 20 appeared on the show. Even after making the cut-throat audition and appearing live on the show, many were gonged off before finishing their act, a cruel practice that made audiences roar with laugher. Although competition was fierce and spots on the show were difficult, many who even did well on the show did not continue on to be famous. A few of the exceptions were Frank Sinatra, Beverly Sills, Paul Winchell and Robert Merrill. 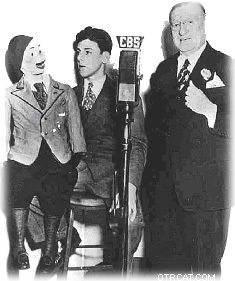 Contestants were given $10 and an all-you-can-eat pass to a cafeteria across the street from the studio. Each contestant had to sign a contract stating that they would not use Bowes name to gain them further appearances. If they did happen to get work as a result of being on his show, they were to pay Bowes 15% of their profits. The unlucky ones who didn't make it this far were put on relief and often went to live on the streets of New York. Some returned home penniless. 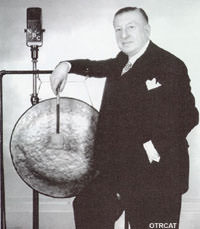 Characters and personalities were an important component to each show. The Major interviewed contestants and found that the human interest aspect of the show helped raise its popularity. One of the Majors biggest fears was that a gonged contestant would turn nasty. As a result he always kept a strong bodyguard nearby. Before he would hit the gong, he would signal the bodyguard, "who hustles them up to the microphone and down again. I always signal him before letting the bell go, and he is always ready to grab the poor boob before he can say anything vile. As the 1940s grew near, the amateur craze began to wane. Although the show continued until The Major's death in 1946, ratings dropped slightly. The show was again revived in 1948 with Ted Mack, Bowes' friend and former MC, as the announcer. This show continued on into the 1950s with some success.