"If I Love Again" The team of Frank and Anne Hummert are best remembered for their many soap operas, but they applied their radio production formula to at least 37 Musical programs. Many shows had limited appeal, and didn't last. Others were very successeful, notably Manhattan Merry-Go-Round, Waltz Time, American Melody Hour, and the longest lasting, The American Album of Familiar Music.

The Album first appeared when Frank Hummert and his then assistant were attempting to prove that marketing to housewives with daily serials could be profitable. The Hummerts maintained the same tight control over their musicals that they did with their other productions, but there were anomalies. Rehearsal time was held to an absolute minimum with serial and crime programs, this rule would be ignored for the musicians. Rehearsal for Sunday evenings program would begin in the afternoon, and often continue unftil minutes before broadcast.

Tenor Frank Munn was a staple of the 'Album. On the rare occasions that Munn was unable to appear, an up and coming singer was allowed to "sing for Frank Munn." No one would be able to replace Munn. The singer chose to make the most of his off work time, although he appeared on many of the Hummert Musicals during the week. He avoided concert tours and guest appearances on other radio programs. Some reviewers believe this had less to do with his leisure demands and more with his weight which was in excess of 250 pounds. Some pundits speculate that the roly-poly singer preferred to appeal to the listeners aural tastes and be imagined a svelte and appealing romantic figure. Much to the surprise of his employers and fans, in 1945, Munn stepped away form the microphone for an early retirement. 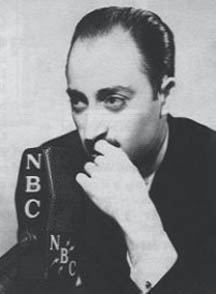 In their other programs the Hummerts chose to keep most of the production credit for themselves, rarely acknowledging or crediting the contributions of other writers, technicians, or even on-air talent. However the musical talent was considered a draw. On the Hummert Musicals the announcers were given little time to monologue, allowing more time for the music, much to the delight of fans. Frank and Anne maintained tight control of every song, melody, tune, and lyric that would be allowed on their programs. But they followed one rule: They had to be good.