Smile awhile, and enjoy this fine soap sud! Lorenzo Jones was a popular soap throughout its near two decade run. Each show began, "We all know couples like lovable, impractical Lorenzo Jones and his devoted wife, Belle.

Lorenzo, played by Karl Swenson, was a daydreamer who worked as an auto mechanic. He had a hard time focusing on his auto work, as his mind was always drifting to the next invention he was going to create. He dreamed of outdoor vacuums and tri-spouted tea pots- one each for strong, medium and weak. His wife, Belle (played by Betty Garde and later Lucielle Wall), stuck by him and watched Lorenzo create his new inventions with great excitement.
Originally, Belle was created as one of the sweetest women known to soapy operas. Her character later changed to a silly billy. After years of great success with uniquely different plot lines from those of the popular Frank and Anne y soapies, the Hummert formula set in - along with amnesia and Lorenzo's kidnapping by jewel thieves. 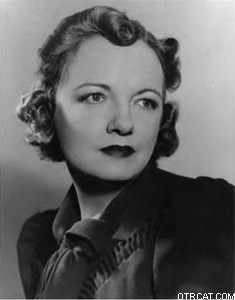 Very few of these wonderful Lorenzo Jones episodes are in existance today. Smile awhile, and enjoy this fine soap sud!