Inspector Hearthstone of the Death Squad

Fans of detective stories can rest assured that the "implacable man hunter of The Metropolitan Police" always got his man, and sent the evil doer to "the chair."

Choose your CD format
or order disks individually: Add to Cart Add to wishlist
Play a sample episode from December 13, 1951: 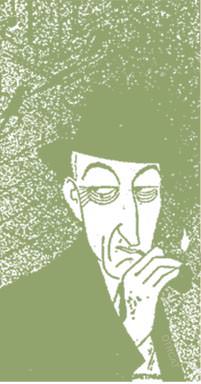 The character of Inspector Hearthstone was introduced to CBS's long running series, Mystery Theatre, in the February 1949. Indeed, by fall of 1951, Mystery Theatre became Inspector Hearthstone of the Death Squad. At the time, Mystery Theatre was being produced by Frank and Anne Hummert, perhaps the most successful and prolific radio drama production team of the era. Mystery Theatre was very different from the melodramas that brought the Hummert's their usual success, (but the show became more melodramatic in their care!) Critics at the time were less than appreciative, in fact reviewer John Crosby told readers that there Tuesday nights would be better spent with Milton Berle on the television!

Great hope was placed in the distinguished British Actor, Alfred Shirley. Shirley had previously played Inspector Watson to John Stanley's Sherlock Holmes. Indeed, the Inspector could be held up as a prototypical detective in the tradition of Hercule Poirot or even Holmes himself.