Soap opera about a female doctor in the 1930s, she works in a male dominated profession and looks for respect and love starring Frank Lovejoy, Agnes Moorehead and Mercedes McCambrdige.

Choose your CD format
or order disks individually: Add to Cart Add to wishlist
Play a sample episode from October 27, 1947:

Soap Opera pioneer Inra Philips is best known for her intense family dramas. Ms. Philip's soaps developed many of the conventions of the soap opera form, and she gave us such timeless sudsy serials as Today's Children, Right To Happiness, Masquerade, The Brighter Day and the immortal Guiding Light. 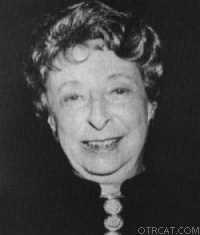 Irna Phillips, originator of the showMost of these long running stories were built around situations that soap fans would come to know and love: conflict within powerful families, powerful members of the family disavowing the love interests of the one member who seems to be a decent person, seemingly peaceful towns seething with scandal just below the surface into which strangers with damaging secrets wander in and out.

These situations can be a little hard for those who are not fans of the radio soap opera genre to appreciate. Those who are not fans must wonder just where such preposterously difficult situations could arise. In many cases, they were actual situations that had occurred in some Irna Philips' life. A Chicago area preacher, whose radio talks had given Irna spiritual comfort after giving birth to a stillborn child, inspired her most successful creation, The Guiding Light.

Hospital dramas were an especial favorite of of Philips. Those who were closest to her believe that this is because she found a great deal of comfort, real or imagined, from the medical profession. Irna, the youngest of ten children, had a reputation for hypochondria. Supposedly, this led her to consult with doctors on a daily basis.

Philips' first hospital dramas were The Road Of Life (1938) and Woman in White (1939). The first was the story of a talented young doctor who had to deal with his wife's dysfunctional family, while the later was one of the first programs to explore the inner workings of a large hospital.

Joyce Jordan, Girl Intern premiered at the tail end of the Great Depression. The back story involved Joyce, who had managed to be accepted to and complete medical school, going on to serve her internship on the way to becoming a full fledged doctor. In time, the Girl Intern would become Joyce Jordan, MD.

Although filled with the same desires for husband and family as any young woman in the soaps, Joyce was also driven to succeed in her chosen profession. This was a time when lady doctors were practically unheard of, let alone taken seriously. Standing in her way was a scheming matron determined to interfere in her son's love life, several eligible but not quite desirable suitors, and at least one viperous female who was both a romantic and professional competitor. 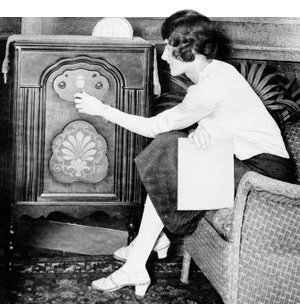 The continuing story revolves around the life and loves of Joyce Jordan as she faces the struggles of a woman trying to be taken seriously in the medical profession in the late 1930s. Of course Joyce Jordan is also a very attractive young woman who draws the attention of many of the eligible and attractive doctors she works with. As brilliant as she is, she often faces the a choice between her career and the loving attentions of wealthy, attractive and powerful men.

Although Joyce Jordan is a woman worthy of admiration, the program did not shy away from issues which would have been uncomfortable at the time. Some of these were children born out of wedlock, lovers going off to war, and veterans returning to a world remarkably different from the one they went off to defend.

All of the regular devices of the Soaps are featured in Joyce Jordan; plot devices like patients with amnesia and long lost relative, romantic conflicts, cliffhanger endings, and the swelling mood music. Interestingly, while Joyce Jordan M.D. Made use of the familiar organ for dramatic accompaniment, Many of the earlier Joyce Jordan, Girl Intern shows featured a harp in the same role.

Several great radio actresses played Joyce over the years, or appeared in the company, beginning with Elspeth Eric, and including Helen Claire, Betty Winkler, Agnes Moorehead, Mercedes McCambridge, Frank Lovejoy, and many others.