Known as early radio's "Star of Stars", the "Princess of Song", "Sweetheart of the Air" and "Queen of Radio", this diminutive soprano was one of the most popular voices in the early days of radio.

Choose your CD format
or order disks individually: Add to Cart Add to wishlist
Play a sample episode from February 10, 1937: 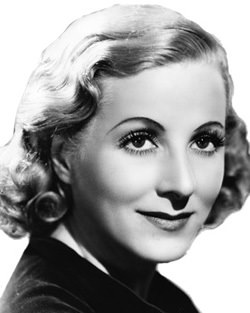 She was early radio's "Star of Stars", the "Princess of Song", "Sweetheart of the Air" and "Queen of Radio". Accolades like these sound like the work of an over-active public relations man. In the case of Jessica Dragonette, they are appropriate. The diminutive soprano was one of the most popular voices in the early days of radio.

Jessica's father was a construction engineer. She was born in Calcutta around 1900. She became an orphan at an early age and was raised in a convent. She later studied voice at the Georgian Court Convent and College at Lakewood, NJ. Jessica's records were lost in a fire at the orphanage, and there remained doubt as to her actual age. 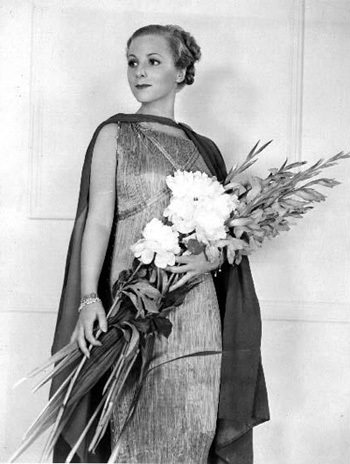 Miss Dragonette first sang on the radio in 1926. During her 22 years with NBC, she helped to popularize operetta and semi-classical music. From 1927 to 1930 she was the star of the Philco Show and was the featured soloist on the Cities Services Program for most of the thirties. In 1937, soprano Lucille Manners took over the Cities Services mike, and Jessica moved on to the final season of the Palmolive Beauty Box Theater.

Palmolive began sponsoring Beauty Box Theater in 1934 on NBC. For the 1937 season, the show was moved to CBS and reduced from an hour to a half hour. Even Miss Dragonette's talents were not enough to save it after cutting 30 minutes of music.

During the War, Jessica was tireless in entertaining the troops and soliciting War Bonds. The Army Air Corp made her an honorary Colonel for her efforts. She was also honored with a Pro Pontifice et Ecclesia Cross by Pope Pius VII.

In the mid-fifties, the Gottlieb Pinball Machine Company put Jessica on their payroll to help promote their Dragonette Pinball game. The machine had nothing to do with classical music or operetta, or even any music beyond the usual bells. Instead, the game was meant as a spoof on the cop show, Dragnet!