Sponsored by the Great Northern Railway, this collection contains all seven known episodes to be in existence. In these historical-drama, we get a glimpse of the history of railroads in the development and use of the Columbia River.

Choose your CD format
or order disks individually: Add to Cart Add to wishlist
Play a sample episode from November 11, 1930: 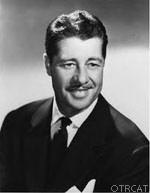 This early, enthralling radio drama is all but lost since its assumed first broadcast in 1931. Featuring radio greats such as Don Ameche and Betty White and was Sponsored by the Great Northern Railway, and created by the Chicago affiliate of the National Broadcasting System, these few episodes have so far come to light. But here they are, for you to enjoy more than 70 years later! It is amazing to think that before the late 1940s, network old time radio shows were broadcast live only to be heard once and never again! Luckily, we do have many "air checks," or "recorded transcriptions" that were the local radio station's commercial alternative to the flush national networks that shunned the broadcasting of recordings. Some shows on shellac disks were cut and kept by their creators for posterity, or local stations for potential sales. Some shows were archived bysponsors, such as the Johnson Wax Company's treasure, Fibber McGee and Molly. But many fine local shows similar to "Empire Builders" were unrecorded or not archived, and are assumed lost and gone forever. 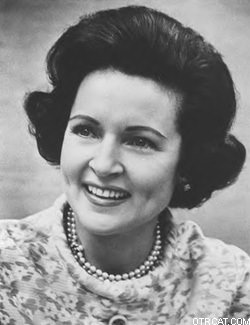 Empire Builders tells of America and its history. A somewhat mystical character, the "Old Timer," is an American rail worker who sees history in the making. In these episodes, we get a glimpse of the history of railroads in the development and use of the Columbia River

The World War I show "Armistice Day," is a wonderfully evocative tribute to the American "doughboys" who were sent by Uncle Sam to fight the Huns in the fields and trenches of Europe. The use of sound effects are adventurous, as is the pacing of the show, veering between the boys coming back home in a celebratory mood, but ready to "flash back" to the front as talk and other soldiers reminisce. The sound quality is decent, and what little remains seems to represent a first class show. For its time, the writing and acting are admirable.