With one of the longest careers in show business, Betty White began working in radio in the 1940s. This collection includes all known surviving radios shows starring Betty White.

Choose your CD format
or order disks individually: Add to Cart Add to wishlist
Play a sample episode from August 12, 1949:

"Betty White in THIS IS YOUR FBI: Larcenous Bride" 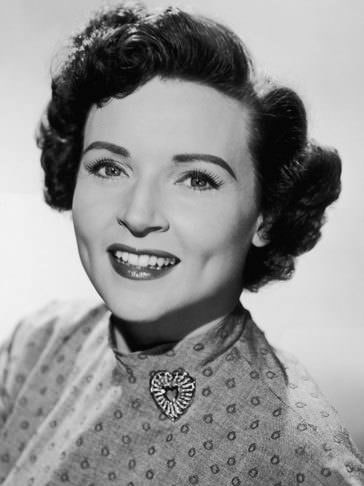 With one of the longest careers in show business, Betty White's career began in modeling when she graduated from high school in Los Angeles.

After taking a break from modeling and volunteering for the war effort in WWII, Betty White began working in radio in the 1930s.

In 1963 Ms. White married Quiz Show host Allen Ludden. The couple met when she appeared as a Guest Contestant in his television program, Password. They remained married until his death in 1981.

In a Reuters Poll announced Aug 18, 2011, Betty White was selected as "the most trusted Personality", topping such wholesome celebrities as Tom Hanks, Sandra Bullock, and Morgan Freeman. At the age of 89+, she's proving that you can live your dream at any age.

Betty White is honored with a Star on the Hollywood Walk of Fame at 6747 Hollywood Blvd.

This collection includes all known surviving radios shows with Betty White including episodes from This is Your FBI  and more.