Beginning in 1929, Walter Winchell became the voice that America listened to for a compelling combination of News and celebrity gossip. 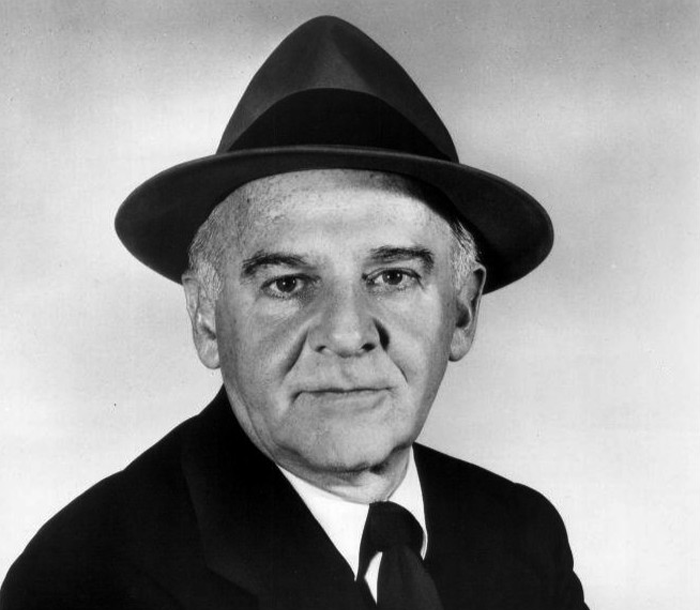 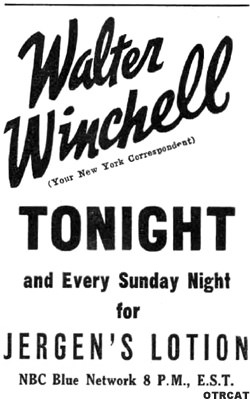 Walter Winchell is the original gossip reporter of Hollywood. His wit and repertoire was highly respected and at the height of his prestige he could reportedly make or break a star. Some of his famous quotes are 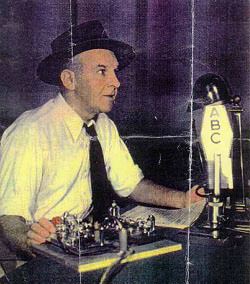 "The way to become famous fast is to throw a brick at someone who is famous," and "Remember that nobody will ever get ahead of you as long as he is kicking you in the seat of the pants."

Winchell made his radio debut in 1930 over WABC in New York. By 1948, his program received higher ratings than Fred Allen or Jack Benny. Winchell had been a supporter of Senator Joseph McCarthy's anticommunism efforts, and his popularity suffered when the nation turned its back on the senator. Walter Winchell eventually died friendless and along in 1972.

As a man who reported about fame and forture and the loss there of, he was also quickly forgotten after the peak of his career and died alone with his only attendant at his funeral was he daughter. 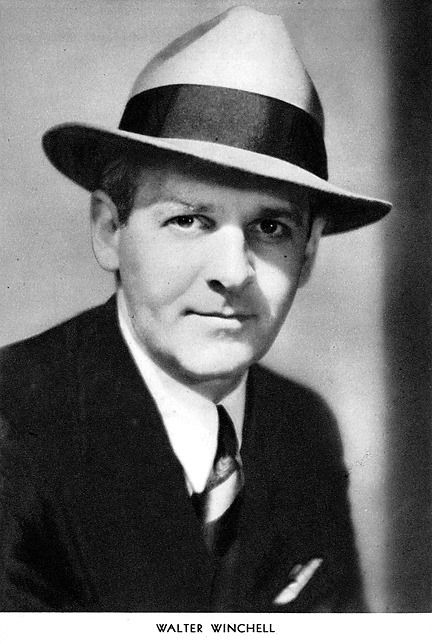