an OTRCAT.com original collection of rare never released shows from the golden age of radio including A & P Gypsies!

Choose your CD format
or order disks individually: Add to Cart Add to wishlist
Play a sample episode from April 30, 1933:

Most of the programming during the Golden Age of Radio was live. Recording technology was expensive and unreliable, and the recordings that took up a lot of room.

Big radio studios could and did wind up with closets as cluttered as Fibber McGee's (not that Fibber McGee and Molly episodes are rare; the sponsor insisted on recording each episode).

Time was not always kind to the recorded disks tucked in the closet, nor were the studio staff members who were occasionally assigned to clean out the closet. Fortunately there would sometimes be someone who recognized the importance of preservation between the closet and the dumpster. Sadly, when you are saving treasures from the garbage collector, the treasures are not always well organized.

In Random Rarities 6 there are rarities from the closets of WLW Cincinnati among others. There are a number of news clips from the War years, beginning with America's entry into WWII, to one of the first mass draft board inductions in the Cincinnati area (with enthusiastic draftees), coverage of the Ohio River overflowing its banks in 1945, and other incidents.

Other treasures include an audition from Doris Day at the WLW studio. Some musical treasures (not definitely from WLW) a pair of songs from Rosemary and Betty Clooney recorded nine years apart. The popular A & P Gypsies also appear in a Depression era recording, and WLW gets back in the act with the "Victory Polka".

WLW was owned by industrialist and radio manufacturer Powell Crosley Jr., and one of his was to build a series of high-powered shortwave transmitters in support of Voice of America.

Of course, this is just a sample of the great episodes in Random Rarities 6! 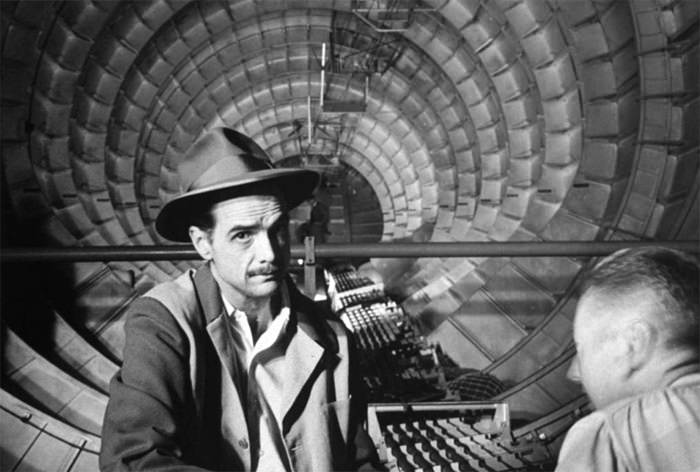 Most of the programming during the Golden Age of Radio was live. Recording technology was expensive and unreliable, and the recordings that took up a lot of room.

Big radio studios could and did wind up with closets as cluttered as Fibber McGee's (not that Fibber McGee and Molly episodes are rare; the sponsor insisted on recording each episode).

Time was not always kind to the recorded disks tucked in the closet, nor were the studio staff members who were occasionally assigned to clean out the closet. Fortunately, there would sometimes be someone who recognized the importance of preservation between the closet and the dumpster. Sadly, when you are saving treasures from the garbage collector, the treasures are not always well organized. 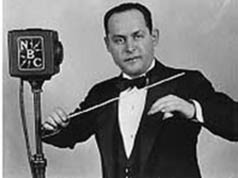 The A and P Gypsies, 1933, NBC Red Network. Announcer Milton Cross and conductor Harry Horlick present a half hour of delightful semi-classical music on behalf of the early grocery chain (at one time the largest retailer in the US, the grocery stores grew from the Great Atlantic & Pacific Tea Company).

The Almoco Exchange, 1945, WCPO Cincinnati. A local buy-and-sell program, listeners could write in describing items they had for sale (or wanted to buy) and interested listeners could later write to the station (please don't call the station) to get information about the ad.

Aunt Jenny's Real-Life Stories, May 1946, CBS. Aunt Jenny tells us how to deal with "leftover Monday" before getting started with the soap opera story.

Cincinnati Country, 1941. Invigorating Bluegrass harmonies and fun poetry with renditions of "You are My Sunshine" and "Bye-Bye Betsy".

The Clooney Sisters, 1945, WLW Cincinnati. Before big sister Rosemary got her big break and went on to record "Mambo Italiano" and star with Bing Crosby in White Christmas (1954), she sang on local radio with younger sister Betty.

Cloud Nine, 1950, WBBM Chicago. Compelling fantasy, and a little music, just get off the elevator at Cloud Nine.

Raymond Knight Cuckoo Program, 1937, Mutual. One of the few early radio comics who did not have a vaudeville background, Ray Knight got his start when Bertha Brainerd asked him to come up with something "cuckoo". On his popular segments was his "Firing Squad", after lambasting a person or issue, everyone in the studio would express their opinions with paper pop-guns.

Doris Day WLW Audition Recording. As a teenager, Doris Day wanted to be a professional dancer, but her dream was cut short by a car accident in 1937. While recovering, she began singing along with the bands on her home-town station, WLW Cincinnati. Eight months later, the station hired her as a vocalist until she was hired away by bandleader Barney Rapp.

Eggs at Eight, 1952, KVOO Tulsa. Three-quarters of an hour of pure silliness in the Heartland. This episode includes a merciless send-up of Dragnet.

Erskine Johnson in Hollywood, December 1949. Johnson interviews film star Rhonda Fleming and tries to get her to choose which of her costars is a better lover, Bob Hope of Bing Crosby

Evening at Crosley Square, 1945. Music and laughs from the Crosley Corporation, the media company which owned WLW Radio and manufactured Crosley Automobiles.

Gems of Poetry and Music, December 1942, WSAI Cincinnati. A "highfalutin" radio hostess does her best to answer her critics on the air.

Invitation to Learning, CBS. A panel discussion of great books, in this episode, we learn of On the Nature of Things by the Roman poet Lucretius. 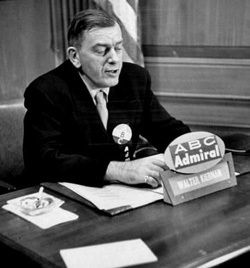 The Mitch Miller Show, July 1961, CBS. With his finger on the pulse of the entertainment business, Mitch and his guests meet at Sardi's Restaurant in the Theater District to discuss the latest trends.

Monitor, Christmas 1965, NBC. One of the last great weekly radio extravaganzas, Monitor presents a recording of the late Lionel Barrymore as Scrooge in "A Christmas Carol".

Partners in Defense, October 1941, WLW(?). Although America has yet to enter the War, the Ohio Employment Division has a number of Defense Jobs for qualified applicants.

Tizzie Lish Show, 1952, ABC Audition. Bill Comstock's character from the "Ranger Andy" children's program tries her own show where she reads from her diary and gives a recipe for "Atomic Pudding".

Travel Time, May 1941, WLW Cincinnati. "Person on the street" type interviews of arriving and departing passengers at Cincinnati's Union Terminal.

The Voice of Firestone, 1951, NBC. The Firestone Orchestra backs up contemporary opera greats.

We Hold These Truths, December 15, 1941, covered by the Combined Radio Networks. The Roosevelt Whitehouse had been planning a national celebration of the 150th anniversary of the Ratification of the Bill of Rights for some time, including a Presidential Proclamation designating December 15 as "Bill of Rights Day". Norman Corwin was commissioned to create this all-Star, all-network radio celebration, not realizing that the broadcast would occur just a week after the Attack on Pearl Harbor.

We the People, 1949, NBC. Gulf Oil sponsors this discussion program which supposes the "Interplanetary Football Championship", interviews the astronomer who discovered the planet Pluto and the physicist who discovered the meson particle, and hears a romantic story from singer Lauritz Melchior of how he met his wife with a parachute.

Young at Heart, 1947 Audition Program. Alan Reed hosts an adaptation of Robert Louis Stevenson's Treasure Island for the young and the young at heart.

Your Son at War, 1945, WLW Cincinnati. Service men and women from Cincinnati serving around the world are recorded at or near their bases, talking about their service and the folks they miss back home.

The episode celebrating the twentieth anniversary of Mickey Mouse will delight aviation buffs with an eyewitness report of Howard Hughes' flight of the "Spruce Goose". Ray Knight on The Cuckoo Show, one of radio's earliest comedies, tries to outsmart the Internal Revenue Service.