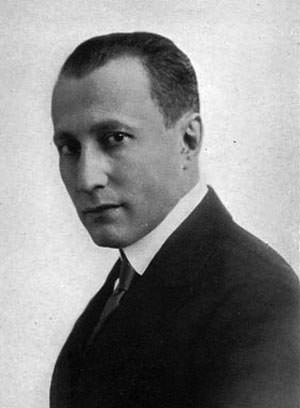 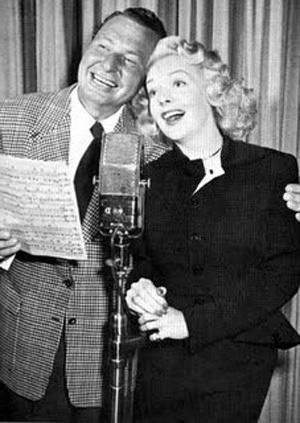 Adolph Zukor's Silver Jubilee Hosted By Jack Benny. Paramount Pictures got its start when Adolph Zukor, owner of a string of Nickelodeons in New York, created Famous Players Film Company in 1912. Through a series of partnerships, Zukor managed to retain control and eventually built one of the highest grossing movie companies in the world. Zukor's 25th Anniversary is celebrated with appearances from Paramount greats, but old time radio fans will appreciate hearing master of ceremonites Jack Benny being Jack Benny without the benefit of the Jack Benny Players. Have you seen Carole Lombard?

The Air Force Hour. 1950 military news and recruiting program presented over the Mutual Network, the Air Force Hour presents a number of musical numbers from the Crew Chiefs, The Air Force Band and the Singing Sergeants. Featuring all-Air Force personnel playing, singing, and reporting, the program originates from different Air Force Bases around the country, providing the latest news and programs from our Air Force. A current Air Force story is part of the program, such as the culture shock faced by French Cadets taking primary flight training in Texas.

The Army Air Force Party took place on June 31, 1947, the night before Air Force Day. The party celebrates fortieth anniversary of the formation of the Aeronautical Division of the Army Signal Corp in 1907, the first military organization to use Heavier-than-air aviation. The show was broadcast on ABC and features a great selection of swing music.

America Calling, Salute to Greece was organized by Samuel Goldwyn for the Greek Relief Effort. Almost every star in Hollywood showed up for the gala broadcast from Grauman's Chinese Theater. WWII began when the Italian Army invaded from Albania at the end of October 1940. The Greek Army was able to push the invaders back across the border, but in April the Germans stepped in, using paratroops to occupy Greece and Yugoslavia. The America Calling Program was broadcast over two major networks featuring the biggest names in the film industry to drum up financial support for the Greek resistance fighters. The show was co-hosted by Jack Benny and Bob Hope.

The Army Hour was a weekly report from the War Department to the American people, broadcast over NBC. The program was originally conceived as a recruiting program but became a reporting tool during the War. Weekly progress of the war effort is presented along with a showcase of various War Department programs. On this episode,  we learn about the movies that our troops get to see and how they are delivered.

The Fitch Band Wagon would become the vehicle for Phil Harris and Alice Faye to get into situation comedy, but before that it was a swinging musical variety and comedy program.

The Battle of the Bands is a familiar format, bringing several acts together for the audience to enjoy. This one from Balboa, California, features Charlie Barnet, Woody Herman and Stan Kenton with "the State of Jazz" in 1949.

Beyond Victory was produced during WWII by the World Wide Radio Foundation of Boston. The program looks forward toward the post-War world while the results of the conflict were still within doubt. Somewhat propagandist, it asserts the world will be better off once nations throw off the yoke of Axis Slavery.

California Caravans brought a series of literary stories based in California under the sponsorship of the California Physicians Service. This one is "How Santa Claus Came to Simpson's Bar".

The 1965 Christmas Seal Campaign of 1965 feature songs from the immortal Eydie Gorme.

The Citizens Committee on Displaced Persons sought to sway public opinion toward welcoming "displaced pilgrims", European Jews who had escaped the Holocaust and were seeking United States Citizenship.

The FBI in Action tells the story of the investigation based on several seemingly unrelated details to turn up a forger, bigamist and conman.

The Frank Fountaine Show features a guest appearance from Ann Sheridan. Frank is late getting to the studio because he was looking at the family scrapbook. It turns out that Frank has "cowboy blood" in his background.

The Hunters is an audition program for a CBS anthology. It was going to be about hunting the "most dangerous game of all- man".

Johnny Nighthawk was a freelance pilot who just wants to make his own way, but finds crooks and bad guys in the way at every turn.

Jack Sharkey and Joe Louis met in the ring at Yankee Stadium on Aug 18, 1936. Louis was on the comeback trail after getting knocked out the first time he met Max Schmeling.

Life Can Be Beautiful is a classic CBS Soap Opera with a plug for Spic and Span, heavy organ music, and lots of secrets and jealousy.

The Midday Merry Go Round comes to us from Knoxville with lots of country music.

Midnighters Club was an interview program from Pittsburgh in the early 1950's. This edition features Dick Powell (who got his showbiz start in Pittsburgh radio) around the time the Richard Diamond show was starting.

Music Ala Mode was transcribed from New York for the men and women of the Armed Forces and featured the Norman Paris Trio with Broadway star Miss Kyle McDonald.

Navy Hoe Down was a syndicated 15 minute program from the Navy and Naval Reserve Recruiting Service. The best Country and Western Music (both kinds of music) appear on the show, including Truck Drivin' Man Dave Dudley.

The NBC War Bond Parade was an all out effort to raise money and awareness of the Fourth War Loan drive. Stars from all over NBC's lineup take part.

Letters from Home and Abroad is a propaganda program broadcast during the later part of the War over WNYC. The show used discussions, dramas and letters from our fighting men to encourage support for the creation of the United Nations.

The News Comes To Life, sponsored by R.G. Dun Cigars, created dramas base on the previous week's news. Emmett Dalton, last surviving member of the Dalton Gang who attempted to rob two banks at once in Coffeyville, Kansas, passed away the week before this broadcast.