The Warner Bros publicity department tagged her as Hollywood's Oomph Girl, and Ann Sheridan had enough oomph to keep working until the very end of her tragically short life.

Choose your CD format
or order disks individually: Add to Cart Add to wishlist
Play a sample episode from April 23, 1943: 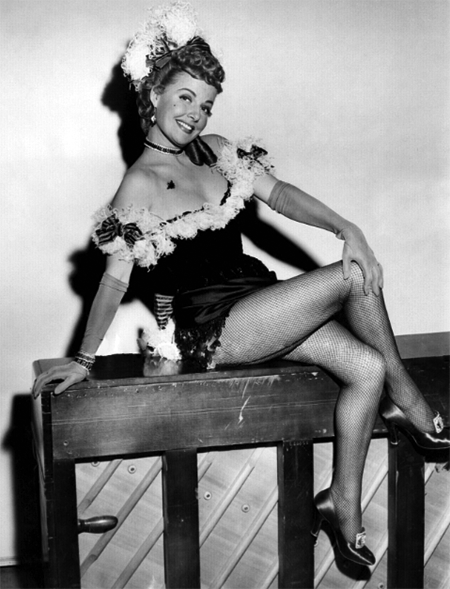 Hollywood is essentially a factory town, and just like factory workers in any industry the people who make movies can begin to feel burnt out and used up after a while, some sooner than others. This seems surprising, considering how important people are to Hollywood's bottom line, but all too often the health of that bottom line was a higher priority than the health of the people in the industry.

Ann Sheridan would gain 98 acting credits during her 33-year movie and television career, a frantic pace by any standard. Perhaps it would have been an even longer career if she or someone would have paid closer attention to her health. It cannot be argued that Hollywood's "Oomph Girl" kept driving, kept performing until the very end.

Born in 1915 in Denton, Texas, Clara Lou Sheridan grew up a tomboy like many other Texas girls. She could ride a horse, play touch football, was a fair shot with a pistol and was not afraid to stand up to a bullying boy twice her size. She held a secret dream of moving to New York City to be a band singer even though she knew her religious parents would not approve because "that meant I thought I was pretty, and vanity was 'bad'". She was not the only one who thought she was pretty. When Clara Lou was 19, her older sister Kitty (Sheridan was the youngest of five kids) sent her picture to a Dallas newspaper as part of Paramount's "Search for Beauty" contest. When nineteen-year-old Clara Lou, who was the star of the North Texas Teachers College girls' basketball team saw her picture in the paper, she drove to Dallas to give the editor a piece of her mind for using her picture without her permission.

All was quickly forgiven when she learned that she won the contest and Sheridan packed herself back in the car with her mom and dad, brother, and three sisters to drive to California to collect the prize, a screen test, and a "blink and you'll miss it" spot in the film Search for Beauty (1934) with Buster Crabbe and Ida Lupino. Paramount signed her to a $50 per week contract with the promise of a raise if she was used in more pictures. They did use her in a few small parts but did little to develop her career. She did receive the name "Ann" because Paramount's publicity department thought Clara Lou Sheridan was too long for a marquee. 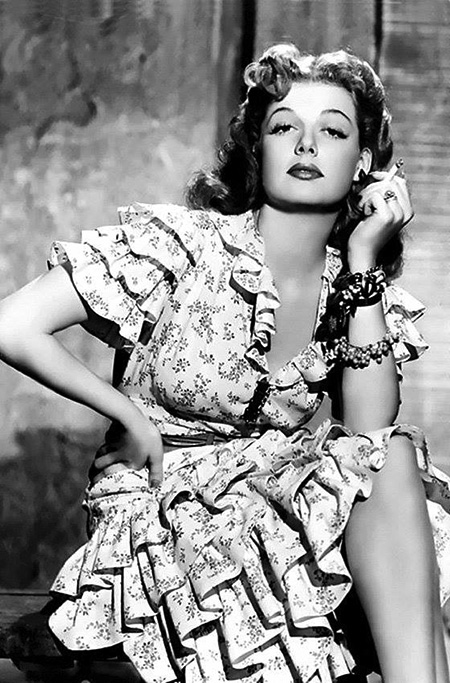 She moved to Warner Bros in 1936 and began a more formal starlet apprenticeship, working her way up from bit parts to B pictures and finally to feature films. Her first A-list project was the gangster picture Angels with Dirty Faces (1938) with James Cagney, Pat O'Brien, and Humphrey Bogart. When Walter Winchell reviewed the picture, he complained that Miss Sheridan should have been given a part with more "umph". The Warner Bros publicity department seized upon the quip by organizing an obviously rigged popularity contest to select "Hollywood's Oomph Girl". Ann detested being called the Oomph Girl, saying that "oomph" is the sound a fat man makes when he bends over to tie his shoelaces, but it did help to sell movie tickets which in Hollywood is the higher good.

As much as she detested the notion of becoming a Star through a trumped-up popularity contest, Paul Muni pointed out to Ann that it didn't matter how she became a Star so long as she became one, then she would be in a position to demand the sort of parts where she would be taken seriously. With Warner's extensive pool of talent, good parts were not easy to come by. "I had to fight for everything at Warners. A knock-down, drag-out fight," she said. "You didn't always win, but it let them know you were alive".

Ann became one of the most popular pin-up girls of the early 1940s and her fan-mail included as many as 250 marriage proposals each week. She made it into The Man Who Came to Dinner (1942) with Bette Davis and took top billing in Kings Row (1942) over Ronald Reagan and Robert Cummings. Miss Sheridan was also featured in a few musicals, like It All Came True (1940) and Navy Blues (1941). She continued to have steady work through the 1940s, ending the decade opposite Cary Grant in I Was a Male War Bride (1949).

Good parts began to dry up for Ann during the 1950s, so she began to look for work in television. She appeared in ABC's Stop the Music and on The Ford Television Theatre. Soap opera fans may remember her from Another World, and her final project was the Western series Pistols 'n' Petticoats. Working Hollywood during these years was fueled by cigarettes as much as anything, and no matter how good the ventilation everything was shot through a haze of tobacco smoke. Ann became sick while filming Pistols 'n' Petticoats, and died on January 21, 1967, from esophageal and liver cancer. She was just one month from her 52nd birthday.

A Star on the Hollywood Walk of Fame at 7024 Hollywood Blvd honors Ann Sheridan for her contributions to Motion Pictures.