By the time of the Golden Age of Radio, cancer was still feared but there was growing hope that the disease could be treated, controlled, and eventually cured through the efforts of the American Cancer Society. 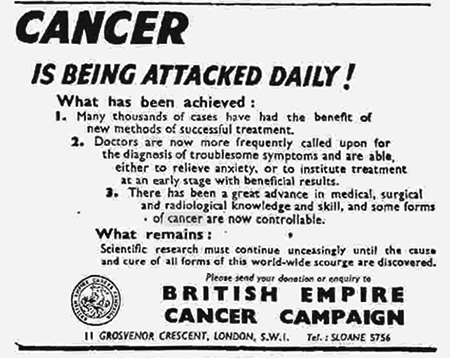 Phantasms, boogiemen, curses, ghosts, and monsters have plagued mankind since the time tribal bands first gathered around a communal campfire to share stories. None of them are as frightening as the disease cancer. "The Big C" was little understood until the advent of modern medicine, although physicians in antiquity sometimes noticed their patients developing a tumor or growth on their skin in the shape of a crab. The shape of the tumor is how the zodiac sign Cancer the Crab got its name. Usually, this growth or tumor would be benign and harmless, but in some instances, it would grow uncontrollably until it caused further disease and death.

The medical definition of cancer is a disease of abnormal cell growth which can spread to other parts of the body. Normally, cells grow and die at a somewhat balanced rate, but a cancerous growth can harm surrounding tissue by blocking blood vessels and passageways, preventing the proper absorption of nutrients, and interfering with the proper functioning of vital organs. In some cases, practitioners are able to surgically remove cancerous growths. Often, the cancer spreads before surgery can be effective. Modern treatment options include radiation and chemicals, but these can be as dangerous as the cancer itself. 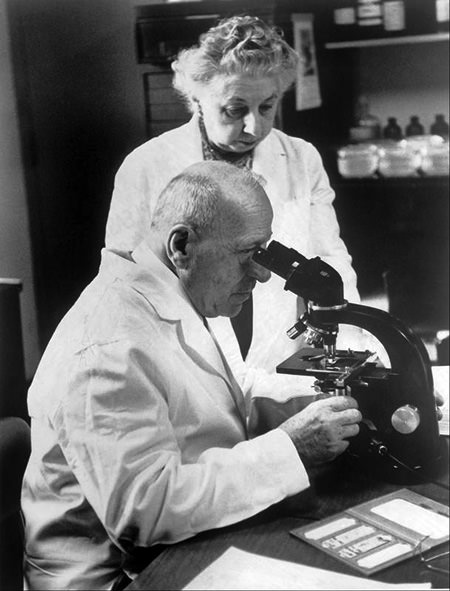 For many years, cancer was considered a death sentence and was simply not talked about in polite society. By the time of the Golden Age of Radio, cancer was still feared but there was growing hope that the disease could be treated, controlled, and eventually cured. The source of this understanding came largely through the efforts of the American Cancer Society. The Society sponsors research and awareness campaigns, but their operations require a good deal of money. Several of the entertainment shows in this collection were sponsored by the Cancer Society as part of their fund appeal, including an episode of The Aldrich Family where the family faces their cancer fears and goes for a screening.

A cancer diagnosis is such a scary thing that there is little wonder that it would figure into the plot of Suspense episodes like "The Taming of the Beast" where an unscrupulous doctor delights in his wife's cancer diagnosis. In the The Lux Radio Theatre adaptation of "Dark Victory", a spoiled heiress is diagnosed with incurable brain cancer but her doctor falls in love with her (the story appeared on Lux a year before the film starring Bette Davis and Humphrey Bogart was released, and again with Davis in the lead several months afterward). Cancer fears move from dramatic fiction to history with the story of President Grover Cleveland who was diagnosed and treated for cancer while dealing with a serious economic crisis. President Cleveland's story is related on Mr. President and The Cavalcade of America.

As scary as a cancer diagnosis can be, the hope for a cure can fuel international intrigue, at least in the word of spy fiction. Both The Silent Men and The Man Called X see operatives seeking the secrets which could lead to a cure. Sadly, that cure is not always in time, the episode of CBS Radio Mystery Theatre titled "The Ring of Truth" was broadcast on March 29, 1974, just a month before cancer claimed its star, Agnes Moorehead.