Choose your CD format
or order disks individually: Add to Cart Add to wishlist
Play a sample episode from October 12, 1950: 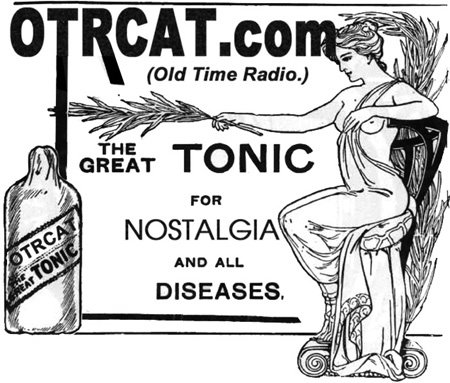 The scientific practice of medicine is an ancient and noble art. If we hold the nobility of doctors in such high regard, then we can understand the revulsion we feel towards Quacks.

The title quack comes from an archaic Dutch term kwakzalver, or "hawker of salve". During the Middle Ages "quack" meant to shout. This aggressive promotion gave rise to the "Medicine Show", which in turn is one of the ancestors to Minstrel shows and Vaudeville.

There is no precise definition of what constitutes a quack. Some forms of alternative medicine have been called quackery, whether they are based on protoscience, experimental medicine, spirituality or religious faith, or simply some sort of con game. The most common conception of a quack is that he uses a chimera of medical knowledge to run a scam. 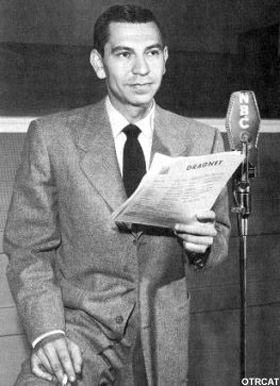 No one is better equipped to deal with a scam than a straight shooter like Sgt Joe Friday on Dragnet. In "The Big Quack" a con man is selling phony psychiatry diplomas and seeing 'patients' on the side. The cops get involved when he begins robbing his patients' homes.

Lionel Barrymore as Dr. Gillespie and Lew Ayres as Doctor Kildare are determined to shut down a quack who makes patients believe that his electronic machine is helping them until their savings are gone! By then it is nearly too late for Kildare and Gillespie to treat them. Can he 'cure' Gillespie in disguise?

On This Is Your FBI, the agents have to track down a team of swindlers who are supplying illicit drugs to young men who are trying to avoid the draft. A pair of crooks convince the residents of a mining camp that there is an epidemic spreading so that they take over all the mining claims on Straight Arrow. Casey, Crime Photographer learns the story of a 'Doctor' who seems to be able to cure diseases at his private hospital which reputable physicians declare incurable.

The centerpiece of our Quack Collection is a few broadcasts from Doctor David Brinkley. Brinkley grew up on a mountain farm but wanted nothing more than the be a doctor. His father had been an Appalachian country doctor and a Confederate Army medic during the Civil War. The younger Brinkley never had the time or money to study at a real medical school, but he was able to buy a diploma from a disreputable school. He settled for a while in Milford, Kansas, and had enough skill to help patients during the Influenza epidemic in 1918. Later he began experimenting with patent medicine with varying results when the AMA caught up with him and shut down his practice. He managed to obtain a license to practice in Los Angeles, and he also discovered the power of radio. 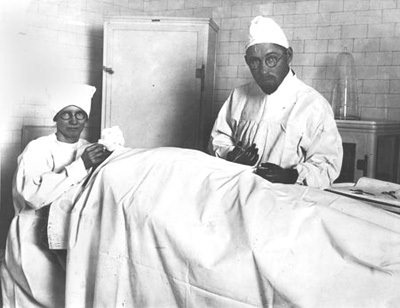 Brinkley opened the first radio station in Kansas in 1923, and began marketing his therapies over the air. When his questionable practices got him shut down again, he moved his radio operations to the Texas-Mexico border. They routinely heard about Doctor Brinkley's therapy as far away as Finland! Nothing was too good for patients who were "physically able and financially able" to visit his clinic.