Polio became one of the most worrisome of childhood diseases in the early 20th century until research by Jonas Salk resulted in a practical and effective polio vaccine. 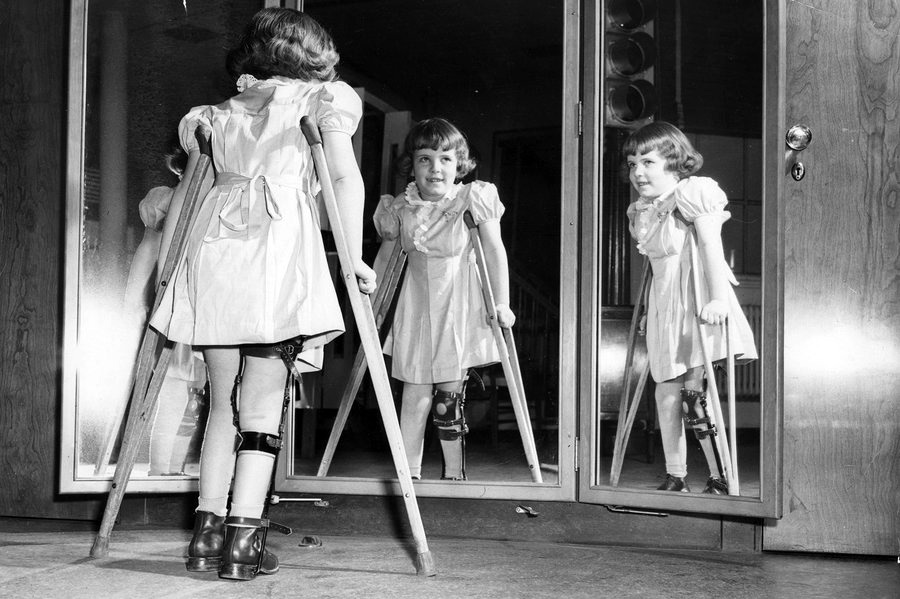 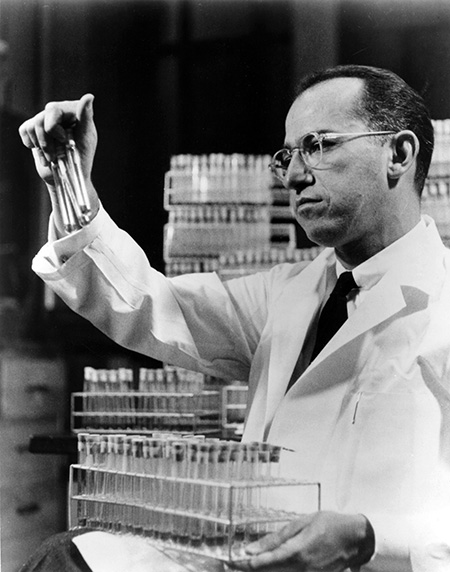 Using depictions of symptoms observed in ancient artworks, scientists believe that mankind has been living with and spreading polio for thousands of years. The disease was first identified as a distinct condition by English physician Michael Underwood in 1789, and the virus which causes it was identified in 1908 by Austrian immunologist Karl Landsteiner. Poliovirus is only known to infect humans and is spread primarily through fecal-oral contact. Most people who are infected but have a healthy immune system experience no noticeable symptoms or perhaps a mild influenza-like illness. Infected persons, even if they show no symptoms, can spread the disease for up to six weeks. In rare cases (between one and five in 1000) the disease can lead to paralysis, usually affecting the lower extremities but occasioning involving the nerves which control the diaphragm.

Once physicians knew what to look for, major outbreaks of the disease began to be reported in Europe and the New World. In the Twentieth Century, polio became one of the most worrisome of childhood diseases. In 1952, research by Jonas Salk resulted in a practical and effective polio vaccine.

In 1988, there were 350,000 cases of polio worldwide. Thanks to the efforts of the International Rotary, UNICEF, the Center for Disease Control, and thousands of volunteers around the world, in 2016 that number was just 42. Although the effort is said to be "like trying to squeeze Jell-O to death", there is hope that the disease will be fully eradicated by 2018.

Even with eradication a real possibility, it is important to understand the cultural fear that grew out of polio. It appeared to attack at random, and if your child or loved one was infected, there appeared to be nothing you could do about it.

It is part of human nature to be hopeful, however, and The Cavalcade of America presented the story of "Sister Kenny", an Australian nurse who developed an effective treatment for the disease.

Research on the disease was expensive and important enough for Superman to become involved when the fundraising efforts of the Metropolis Football team are threatened by nefarious forces. 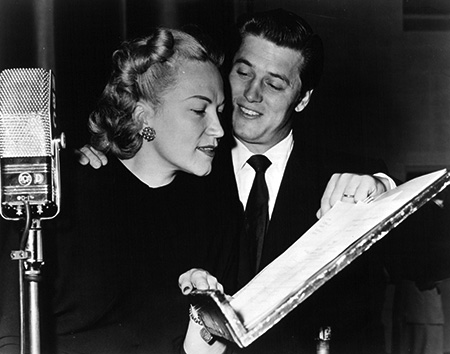 The Railroad Hour touted the transport of "iron lung" machines to treat polio victims, while The Hour of St. Francis espoused a more direct approach, prayer.

The police recorder on Night Watch presents real life recordings of a detective unit responding to a call to aid a five-year-old polio victim in respiratory distress in 1955.

Things seem much more hopeless on The Roy Rogers Show when Jake Gullick refuses to give the doctor permission to cross his land to treat a polio-stricken little girl, but somehow Roy and Dale manage to sing and yodel their way to a solution.

Desperation for a treatment is more than understandable, and a ring of crooks take advantage by selling fake gamma globulin injections to frightened parents during a polio outbreak until their operations are brought to a halt by Yours Truly Johnny Dollar.

Although it is painful to see the suffering of the littlest victims of polio, their bravery can be incredibly inspiring. In comparison, the tribulations of The Mayor of the Town become nearly insignificant. The Mayor confides in the town doctor about the depression he feels every January seeing discarded Christmas trees. The doctor is on his way home from visiting a polio-stricken girl who has been crying all day. It seems the little girl had a Christmas tree next to her bed but it was taken away after the needles fell off. Somehow, the Mayor will find a solution to raise the little girl's spirits and rid the town of the leftover Christmas trees.