married to Roy Rogers, King of the Cowboys, she was the Queen of the West. An unstoppable duo force in the singing cowboy genre, together they made 28 movies and recorded over 300 songs. This collection includes some of Dale Evans early classic radio works on the Bergen and McCarthy show and well as a sampling of her performances on the Roy Rogers old time radio show.

Choose your CD format
or order disks individually: Add to Cart Add to wishlist
Play a sample episode from May 02, 1943: 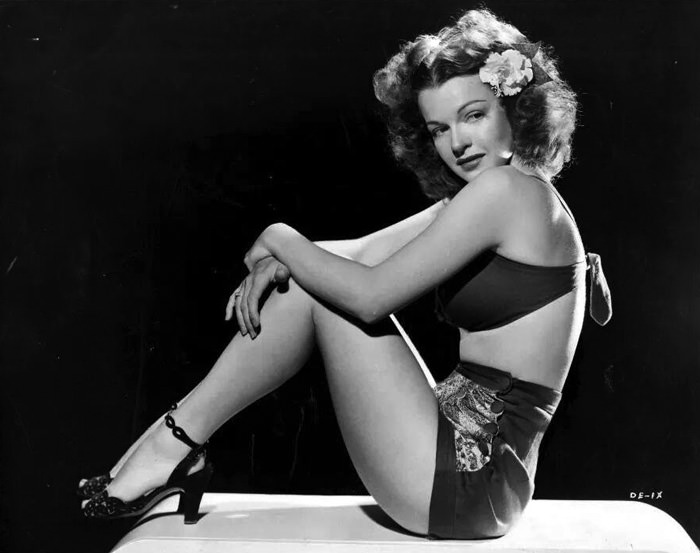 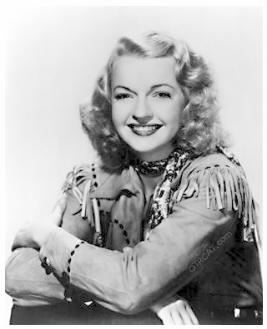 Dale Evans was born with the less than charming name of Frances Octavia Smith on Halloween Night 1912 (October 31, 1912) in a small Texas town.   The young Francis was raised in Texas and Arkansas and was married at the age of 14, divorced and a single mom by the age 17.  She moved to Memphis, Tennessee to seek a singing career and worked minor parts on radio calling herself Frances Fox.  Remarried and on the move, this time she landed in Louisville, Kentucky and became a popular local radio singer.  It was in Louisville where she changed her name to Dale Evans. 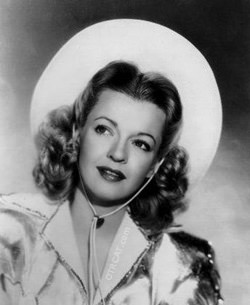 Her star burned bright as Dale Evans and her husband moved to Chicago to see more radio fame.  It was here that the little songbird caught the attention of Hollywood producers.  Producers assumed that the little gal from Texas would naturally love riding horses; however, she was terrified and all she could do was "hold on and hope."  She later got riding lessons and revamped her onscreen image to reflect a cowgirl persona.

She signed with Fox pictures and starred next to the Singing Cowboy, Roy Rogers first in The Cowboy and the Señorita. 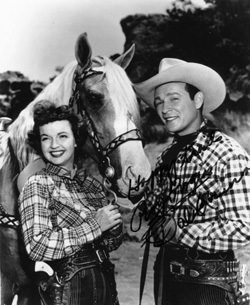 The two sparked on screen, but did not become romantically involved until the death of Roy Rogers's wife; Dale Evans divorced soon there after.  The King of the Cowboys and Queen of the West were born.

Roy Rogers and Dale Evans married and because an unstoppable force in the singing cowboy genre.  They made 28 movies together and recorded over 300 songs.  Both talented singers, they joined their horses Trigger his Golden Palomino, and Buttermilk as well as the Wonderdog Bullet his German Shepherd Dog, in the fantastic Roy Rogers Show.   The couple marketed their image on Lunch Boxes, dolls, song books, and even a Fast Food Restaurant Chain.

Not just a beautiful face, Dale Evans wrote a number of spiritual self-help books after the loss of three of her children. She was also the author the iconic song "Happy Trails" and a number of spirituals.  This collection includes some of Dale Evans early work on the Bergen and McCarthy show and well as a sampling of her performances on the Roy Rogers Radio show.