Although she was groomed to be a typical leading lady, Ida Lupino never let her sex get in the way of making great films.

Choose your CD format
or order disks individually: Add to Cart Add to wishlist
Play a sample episode from February 02, 1941: 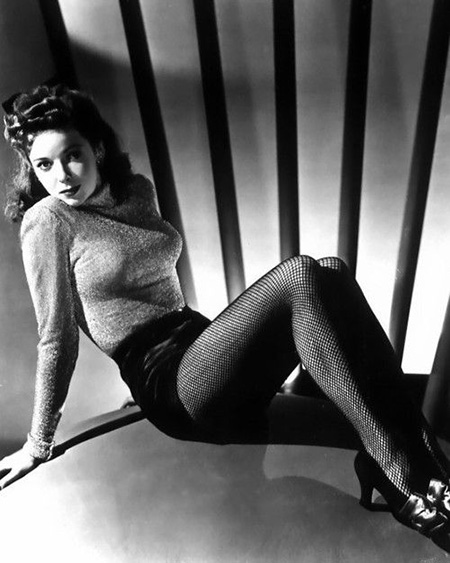 The Golden Age of Hollywood was no place for a radical feminist. Which is not to say that there were no strong female roles, but women were expected to know their place, both in front of and behind the camera. So it is little wonder that when glamorous Ida Lupino moved from in front of the camera as a leading lady to behind it as a director, more than a few eyebrows were raised. However, there is little evidence that Miss Lupino was interested in shattering glass ceilings, it was no one else was willing to make the sort of films that Ida wanted to make.

The Lupino clan has its roots in the puppeteers and performers of Renaissance Italy, and a branch of the family emigrated to Britain in the seventeenth century as circus performers. Little Ida was born in London in 1918, according to some accounts, while Zeppelins were in the sky over the city. Ida's sister Rita was born in 1920, and as children the girls enjoyed performing in the little theater their father had built in the garden. At the age of 13, Ida joined the Royal Academy of Dramatic Arts and began her film career at 13. Her first major role was as a teen-aged vamp in Her First Affaire (1932), a role that own mother had tested for. She also made films for Warner Brothers' London unit before Paramount signed her and imported her to the States.

In Hollywood, she spent the next five years in roles that can kindly be call syrupy sweet. In 1939, word got out that Paramount was going to make The Light That Failed, based on a Kipling novel about an artist losing his sight and the disreputable woman who betrays him. Ida rushed into the director William Wellman's office and demanded an audition. The fallen woman was such a turnabout from the roles she was used to playing that she began to be recognized as a serious actress.

Ida's roles began improving through the 1940's, although she quipped that she was "the poor man's Bette Davis" because many of her parts were roles that Miss Davis had turned down, although she would draw studio ire for refusing some "hand-me-down" parts. She played opposite Humphrey Bogart in High Sierra (1941). Even though she was working regularly and playing important parts, she still had not quite made it as a major Hollywood star, in part because she often turned down parts that she felt were beneath her. While on suspension for refusing a part, Ida began visiting sets and got a feel for how movies were made from the director's side of the camera. She also got a chance to work with editors and cinematographers. 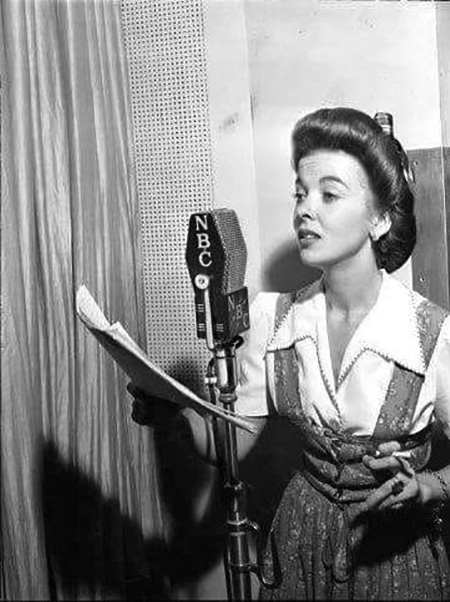 Lupino and her second husband, producer Collier Young, opened an independent production company called The Filmakers. Ida was willing to act in some of the company's low-budget films, and assume some production and writing roles, but had no intention of directing. However, when Elmer Clifton suffered a heart attack while filming Not Wanted (1949, a script that Lupino co-wrote), she quickly stepped in and put the lessons she had learned into practice. As a director, Ida Lupino developed a reputation for tackling hard issues. Not Wanted dealt illegitimacy, Outrage (1950) dealt with rape, and The Hitch-Hiker (1953) explored the mind of a pathological killer.

Collyer and Lupino divorced in 1951 and Ida remarried to actor Howard Duff. Collyer married actress Joan Fontaine and was the producer for Lupino and Duff's sitcom Mr. Adams and Eve. The show was about a Hollywood actor and his wife and dealt comically with the problems of celebrity. Many of the situations were taken from real episodes from Duff and Lupino's marriage (Ida said that the scripts were "at least 60% true").

As well as acting on the small screen, Ida also directed for television, and is credited with episodes of Alfred Hitchcock Presents, The Twilight Zone, Have Gun – Will Travel, Gilligan's Island, The Fugitive, Bewitched and others. Of her directing, Have Gun – Will Travel star Richard Boone said "Ida stimulates me as an actor because she knows acting. In a weekly show, you get into acting patterns. Ida gets you out of them." Ida was also the only person to both direct and star in episodes of The Twilight Zone.

Ida Lupino passed away on August 3, 1995, after a stroke while undergoing treatment for colon cancer. She was 77 years-old. Two Stars on the Hollywood Walk of Fame are dedicated honoring Ida Lupino's contributions to Television and Motion Pictures, located at 1724 Vine St and 6821 Hollywood Blvd. Her Star for Television at 1724 Vine St is co-located with Stars honoring Lauren Bacall, Lionel Barrymore, Deanna Durbin, Eddie Fisher, Ken Murray, and several others.