Choose your CD format
or order disks individually: Add to Cart Add to wishlist
Play a sample episode from October 02, 1930: 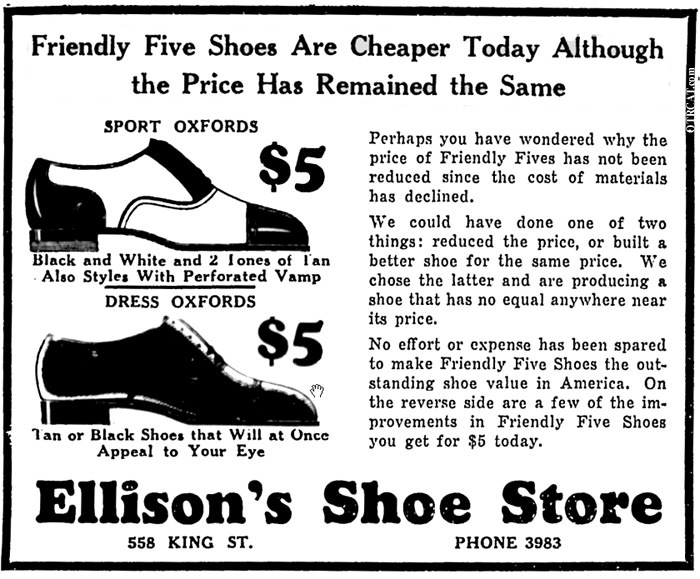 At first glance, we expect the Friendly Five Footnotes to be the name of the toe-tapping band we are enjoying in these fun 15 minute broadcasts. In fact, those duties go to "Friendly Freddie Rich and his Orchestra. Fred was born in Warsaw and became an accomplished pianist and composer. After forming his own band and touring Europe during the 1920s, he settled down to lead the house band at the Waldorf Astoria for many years. Some of the famous talent that came and went through his outfit included the Dorsey Brothers, Benny Goodman,

Bunny Berigan and vocalist Elmer Feldcamp. Eventually, Rich moved to Hollywood where he received Academy Award nominations for scoring Stage Door Canteen and Jack London. Fred was partially paralyzed after a fall in 1945, but continued to lead his band into the 1950's.

The "Footnotes" refer to the program and advertising notes that are heard after the opening number. They include a plug for Friendly Five Shoes, the $5 dollar shoes that the Well Dressed Man cannot do without, a plug for Freddie and the Band, and a plug for Casey Jones, vice president of the Curtiss-Wright Corporation who read the week's aviation news. The last two Footnotes were a notice that there would be no more advertising talk on the program, followed by the introduction of the first number.

Five Friendly Footnotes went to great lengths to advertise that Friendly Five Shoes was not advertising, but they can be forgiven because the music is so upbeat and danceable.