the man who helped shape the careers for Tony Bennett, Guy Mitchell, and Rosemary Clooney.

Choose your CD format
or order disks individually: Add to Cart Add to wishlist
Play a sample episode from July 15, 1961: 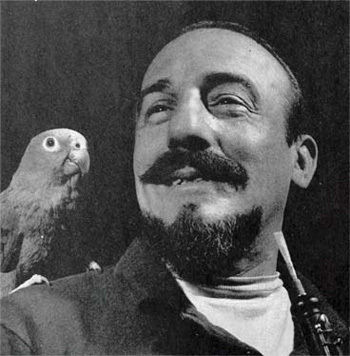 The popular music scene after the Second World War but before the Rock and Roll era was largely defined by singer, musician, producer, conductor, A&R man, and record company executive, Mitch Miller. Miller was a graduate of the Eastman School of Music at the University of Rochester in the early 1930s, and found early success as a player of the oboe and English horn. Miller was part of the CBS Symphony that accompanied the famous Orson Welles broadcast of The War Of The Worlds.

Miller won both fame and a degree of notoriety as director of Artists and Repertoire (A&R) for Decca Records in the late '40s, and later for Columbia Records. A&R was an important position in the record companies; it was his job to decide which singer would be matched with a particular song. Miller was noted for shaping the careers of Tony Bennett, Guy Mitchell, Rosemary Clooney, and several others. Miller butted heads with Frank Sinatra over song selections, Sinatra feeling that many of the novelty songs that Miller was famous for were beneath him. Miller countered that Sinatra's contract gave him the right to refuse any song. Miller said that he wouldn't have bought many of the the novelty tunes he produced, but there is no denying Columbia's high hit to release ratio during the period. 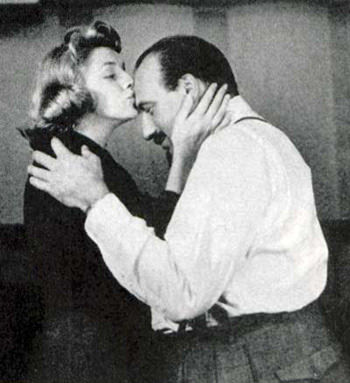 After closing the Mitch Miller Show on radio, Miller opened Sing Along With Mitch on NBC television. The show was an out growth of a series of Columbia record albums by the same name. The TV program featured a goated Miller leading a choral group performing old standards, and encouraging the audience to sing along. The lyrics were super-imposed on the screen, and the audience could "follow the bouncing ball" if they were unfamiliar with the lyrics. Sing Along With Mitch was intended to be a one time broadcast, but was so well received that it lasted from 1961 through 1964. In the end it became a victim of changing musical tastes.

Mitch Miller is honored with a Star on the Hollywood Walk of Fame at 7013 Hollywood Blvd.