War of the Worlds Radio Broadcasts

Based on the HG Wells story about Martians invading Earth, War of the Worlds 1938 is one of the most infamous broadcasts in media history. 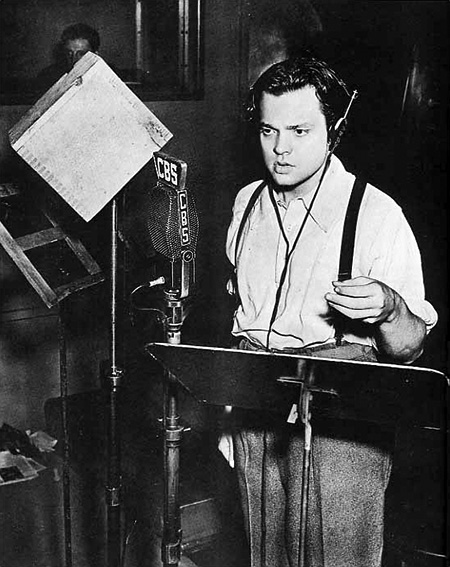 As the nip of autumn air takes hold and the bright orange pumpkins at the farmer's markets are rimmed with morning frost, many of us begin to anticipate hanging fake cobwebs in the front yard, carving a jack-o-lantern or two, and making sure that there is a big bowl of treats near the front door. Even though cold winter snows are just a few short weeks away, this is a time for fun and enjoying as many Tricks as we do Treats.

Tricks and treats may have been a consideration for young Orson Welles eight decades ago when he came up with the idea of presenting H.G. Wells' science fiction masterpiece The War of the Worlds in an updated format on the network-sustained Mercury Theatre. Even though Welles had yet to reach his mid-Twenties, by the fall of 1938 he already had a reputation for "tinkering" with literary classics to forward his own concepts and agenda. He produced a version of Julius Caesar with modern costumes as a commentary on Italian fascism and staged Voodoo Macbeth with an all-black cast. Welles had discussed the power of radio, especially the reaction to Herbert Morrison's reports of the Hindenburg airship disaster. The notion of presenting a story over the radio in the form of a news report was intriguing, just a few weeks before the infamous War of the Worlds broadcast, Welles had H.V. Kaltenborn provide commentary in a broadcast of Julius Caesar to make the play resemble a March of Time documentary.

An urban legend has built up over the decades since the historic broadcast which claims that Welles' "irresponsible" broadcast caused panic in the streets because listeners believed that Martians had actually landed and were running amok in New Jersey. The supposed panic was reported by the newspaper wire services, but when modern historians investigated they found no hospital emergency room reporting any cases resulting from the panic. There were phone calls to local stations and the network, some complaining about the network airing such a realistic show while others asked where people could donate blood to help with the "emergency". Several of the calls were to congratulate Mercury Theatre for such an exciting Halloween program.

The supposed panic was created by the newspapers, and certainly did not hurt their circulation, but the most important outcome was a chance for the print media to attack the upstart radio industry. Radio was siphoning advertising income away from the newspaper industry (much like TV would do to network radio a decade and a half later), a serious blow during the Depression. Of course, judging by the newspaper reports immediately following his broadcast, Orson Welles could not be sure if he would ever be allowed to appear on the radio again, or even if he could avoid being arrested. 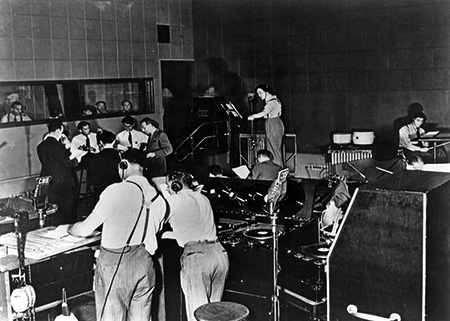 There were two important, actual results from the broadcast. One was to help the Science Fiction genre to gain greater acceptance in mainstream entertainment. Stories of space travel and little green men remained the purview of pulp magazines, but The War of the Worlds allowed more readers to take a closer look and discover the fun of imagination. The more immediate result was to bring greater attention to 23-year-old upstart director Orson Welles. RKO offered Welles an unprecedented contract for an untried movie director, which resulted in Citizen Kane (1941), a scandalous box office tragedy when it was released but now considered one of the greatest motion pictures of all time.

As mentioned earlier, Welles' War of the Worlds helped to fuel the acceptance and popularity of Science Fiction, and "Invaders from Mars" is a popular topic. Lux Radio Theatre presents an adaptation of the film version of The War of the Worlds (1953), like the 1938 broadcast it is a modern telling of H.G. Wells story, this time set in California and filled with Cold War references (Spoiler: the Martians have little to fear from atomic weaponry). Also included are The Mysterious Traveler and Dimension X episodes which have some entertaining Martian Invasion tales.