Although the Age of the Airship was brought to an end by international technological competition, the great Zeppelins were an elegant way to travel 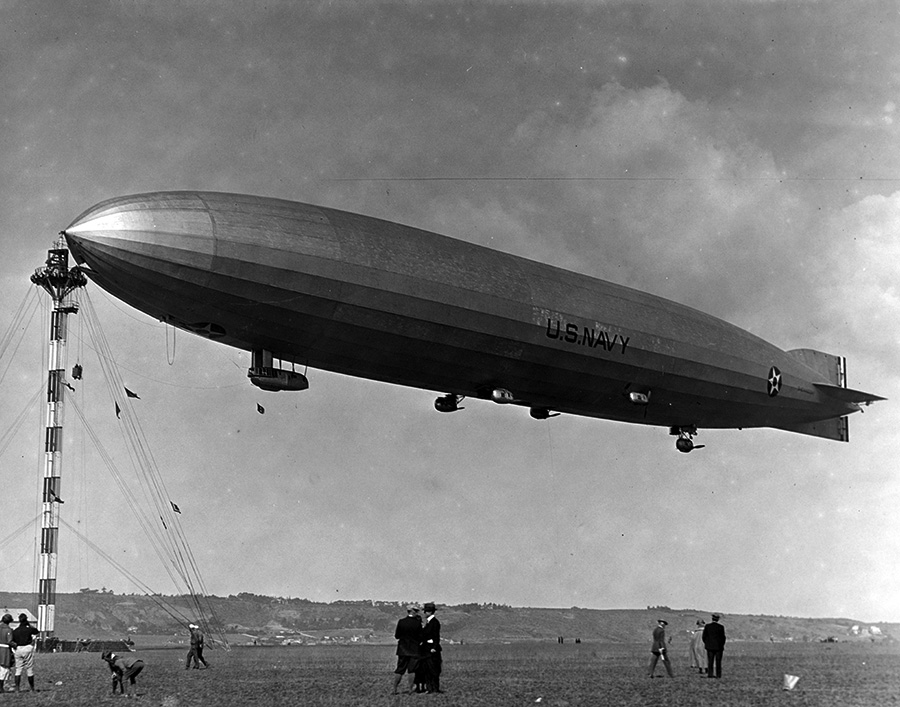 Aerostats seem like a quaint and inefficient concept in this modern age of relatively cheap jet airliner travel, but they were one of the first ways for mankind to "slip the surly bonds of earth". An aerostat is an aircraft that uses a lighter-than-air gas for lift. The same physical laws of buoyancy which allowed the great iron and steel ocean liners to float on the sea sent the great airships into the sky.

Everyone knows that steel does not float, but Archimedes' Principle teaches us that if the weight of an object is less than the same volume of the fluid it is in, it will float. A cubic foot of air at "standard temperature and pressure" weighs 0.0807 pounds, so if a balloon, airship, dirigible, or blimp weighs less than that per cubic foot, you need to tie it down before it floats away!

The trick, of course, is capturing a volume of lighter-than-air gas to overcome the weight of the airship's structure. France's Montgolfier brothers used hot air (heating the air expands it so there will be less weight per volume) to lift their primitive paper and silk balloons at the end of the eighteenth century. The lightest element of the Periodic Table, Hydrogen, occurs as a gas which is relatively simple to produce, however, hydrogen is one of the most reactive of elements and readily combustible. 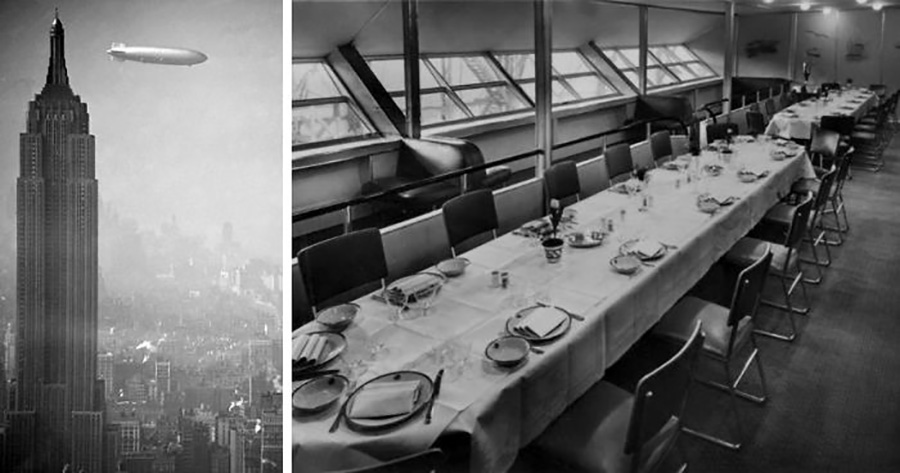 Hydrogen's neighbor on the Periodic Table, Helium, is twice as heavy but hardly reactive at all, making it an ideally safe and efficient lifting gas. Unfortunately, helium is so light that it readily escapes to the upper atmosphere unless complicated efforts are made to recover it. Helium is released as a by-product of the petroleum industry, and during most of the airship age, the United States had the only significant stock of the elusive gas.

The Age of the Airship lasted from Brazilian aviation pioneer Alberto Santos-Dumont's 1901 flight over Paris until the tragic fire aboard the Hindenburg in the spring of 1937 at NAS Lakehurst, New Jersey.

Germany's Zeppelin Company intended its huge airships to rival ocean liners in the Trans-Atlantic passenger service. While an ocean liner's passenger count could be in the hundreds, an airship would be lucky to carry dozens, but the crossing time which was counted in days at sea took hours (usually 50 to 60) in the air.

The apex of airship travel came with the launch of the Hindenburg. LZ 129 was designed by the Zeppelin Company to employ helium as a lifting gas, or a hybrid system of hydrogen envelopes within a helium bag. As the Nazi Party came to power and foisted the Hindenburg as a propaganda tool, America declined to sell Zeppelin any helium.

The Zeppelin line of airships had a rigid skeleton frame covered with fabric to enclose the lifting gasbags. Dirigibles were also subject to experimentation by the US Navy, but with the American access to helium greater emphasis was placed on smaller, nonrigid airships. These were used extensively for coastal antisubmarine patrolling. Their crews referred to the aircraft as "Type B, Limp Bag Airships", or "Blimps". 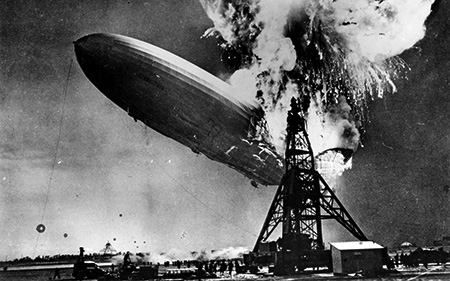 The March of Time, May 11, 1936. Coverage of the Hindenburg departing Lakehurst, New Jersey. The Mayor and local business community had anticipated a huge crowd to see the zeppelin in action, similar to the 1928 enthusiasm for the Graf Zeppelin, however, people seem to be put off by the huge swastikas emblazoned on Hindenburg's tail.

Report on the Hindenburg Disaster, May 6, 1937. "Oh, the Humanity!" WLS Chicago reporter Herbert Morrison traveled to Lakehurst to cover Hindenburg's first arrival of the 1937 season. Despite NBC's contemporary policy of not broadcasting recorded material, Morrison arrived at the airfield with a recording engineer. This broadcast took place the day after the disaster from the Blue Network studios of WOR New York. Morrison's recording is considered one of the most important in the history of news broadcasting.

Speed Gibson of the International Secret Police, October 22, 1938, Program #95. The ISP is planning a raid at Black Pass to foil Octopus's base. What Speed and his cronies are not ready for is Octopus' airship and a machinegun attack. 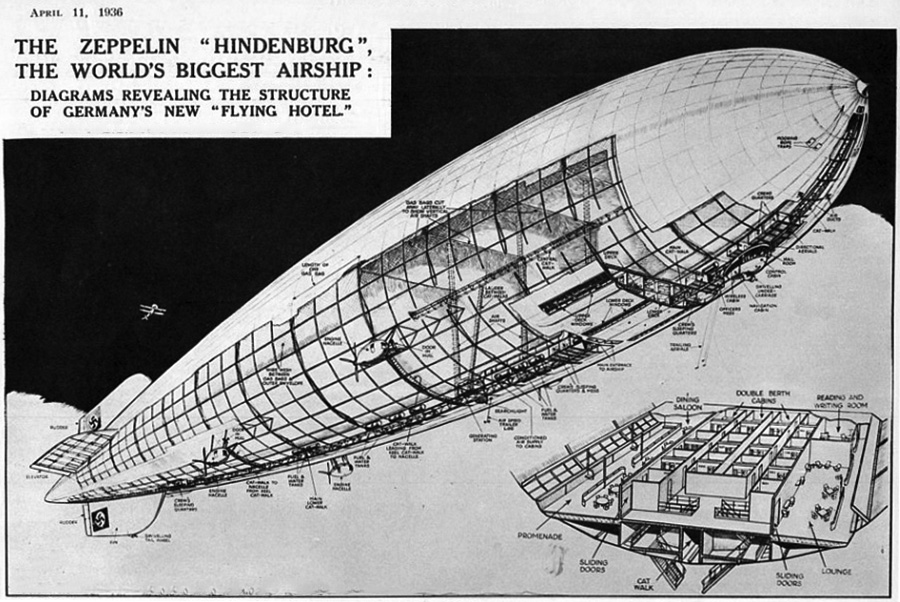