"The First Lady of American Cinema", Lillian Gish was there from the early Silent Era through Hollywood's Golden Age

Choose your CD format
or order disks individually: Add to Cart Add to wishlist
Play a sample episode from September 08, 1943: 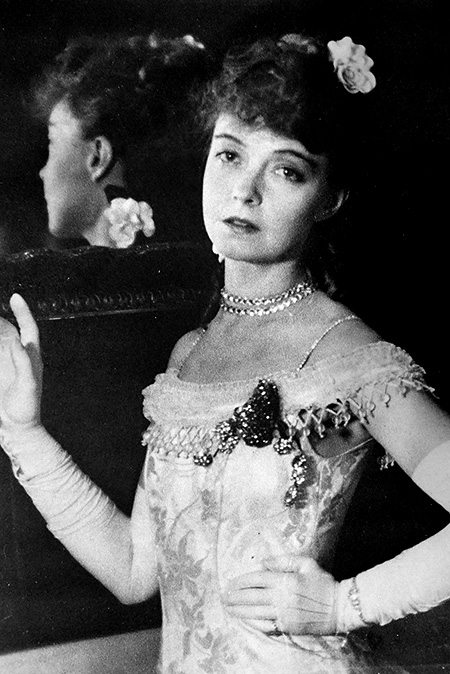 The notion that Lillian Gish would be tagged as "the First Lady of American Cinema" is hardly surprising. After all, Ms. Gish possessed an incredibly ethereal beauty that the camera loved and she was a favorite of screen pioneer D.W. Griffith. However, as we have pointed out several times, the Motion Picture Industry has a surplus of beautiful girls. What made Lillian Gish special was her almost unhealthy dedication to giving the audience the best performance possible.

Lillian was born in 1893, in Springfield, Ohio, five years before welcoming her little sister, Dorothy. Mr. Gish was a drunkard who could most kindly be described as an 'absentee parent'. To keep food on the table and a roof over her daughters' heads, Mama Gish took to acting, and as soon as the girls were old enough, they joined their mother in local productions.

While living with their Aunt Emily in Massillon, Ohio, in 1910, the girls got word that their father was gravely ill in Oklahoma. Their mother sent Lillian to visit her father and although they had reconciled to a degree, she missed her sister and returned to Ohio. The girls worked in a candy store which their mother had opened in East St, Louis, Illinois, next to the old Majestic Theater (240 Collinsville Ave). After the store was lost in a fire, the Gish girls moved to New York and Lillian was befriended by her next-door neighbor, a child actress named Gladys Smith. Soon, Gladys changed her name to Mary Pickford and introduced Lillian to her boss at Biograph Studios, D. W. Griffith.

Lillian was 19 in 1912 when she won a contract with Biograph but told the casting directors that she was 16. Griffith directed Lillian and Dorothy in their first film, the melodrama An Unseen Enemy (1912, 17-minute running time). The girls would also play sisters in The Lady and the Mouse (1913) and Orphans of the Storm (1922). Quickly becoming a favorite of prolific director Griffith, Lillian starred in his masterwork, The Birth of a Nation (1915, Epoch Productions) and the follow-up, Intolerance (1916, Triangle Distributing).

Griffith also encouraged Lillian to expand her career behind the camera, and she wrote and directed Remodeling Her Husband (1920, Famous Players-Lasky). The five-reel film starred her sister, Dorothy Gish, and was a critical and box office success, earning more than $460,000 on a $50,000 budget. However, Dorothy decided that she was not cut out for directing, telling Motion Picture Magazine that "There are people born to rule and there are people born to be subservient. I am of the latter order. I just love to be subservient, to be told what to do".

The start of the Talkies killed many careers because the beautiful stars had unpleasing voices. This was not a problem for Miss Gish, but she was a victim of changing tastes. The innocent ingénue parts she had played so well were giving way in popularity to more vampish characters in pre-Code Hollywood. Studio boss Louis B. Mayer tried to create a scandal to boost Lillian's popularity but she declined, stating that she did not want to act both on-screen and off. However, she was more than happy to return to her roots and act on the stage, and she did so with considerable success. One of her most fun roles was a "Lewd Ophelia" in John Gielgud's production of Hamlet (1936, Empire Theatre, 132 performances). 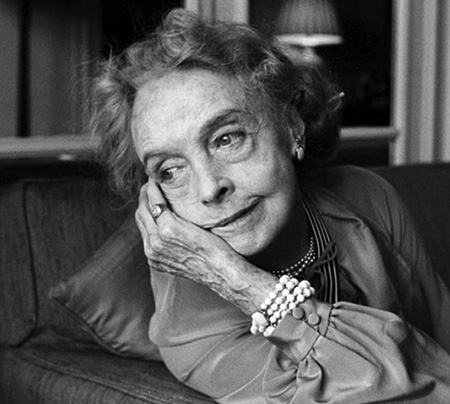 Lillian eventually returned to films, and by then she was in a position to be more selective of the parts she would play. She was nominated for Best Supporting Actress in Duel in the Sun (1946, David R. Selznick Productions). For the rest of her life, Lillian was active and adored in Hollywood. She was awarded a Special Academy Award in 1971, "For superlative artistry and for distinguished contribution to the progress of motion pictures". Her last film was The Whales of August (1987, Nelson Entertainment) co-starring Bette Davis, Vincent Price, and Ann Sothern.

On February 27, 1993, Lillian Gish succumbed to heart failure at the age of 99. A Star on the Hollywood Walk of Fame at 1720 Vine St commemorates Contributions to Motion Pictures by Lillian Gish, sister Dorothy Gish has a Star at 6385 Hollywood Blvd.

In the summer of 1976, the "Dorothy and Lillian Gish Film Theater" was dedicated on the campus of Ohio's Bowling Green State University, Lillian personally attended the dedication ceremony. However, the University's Black Student Union in 2019 began calling for the Gish name to be removed from the Theater because of Lillian's involvement with The birth of a Nation. The University Trustees voted unanimously to give in to the pressure. A petition circulated through the film industry, signed by James Earl Jones, Helen Mirren, Bertrand Tavernier, Martin Scorsese, Taylor Hackford, Malcolm McDowell, George Stevens Jr., Lauren Hutton, and several others, however, the Trustees have not changed their minds.