Mary Pickford Collection: One of the very first Stars in motion pictures and an astute businesswoman who helped to establish the motion picture industry as a co-founder of United Artists.

We have looked at so many Hollywood Stars and how their careers got off the ground that it is easy to forget that in 1909, there was no such thing as movie stars. That is when a pretty little girl named Mary Pickford did a screen test for the great D.W. Griffith and went on to show the world what it meant to be a Movie Star. 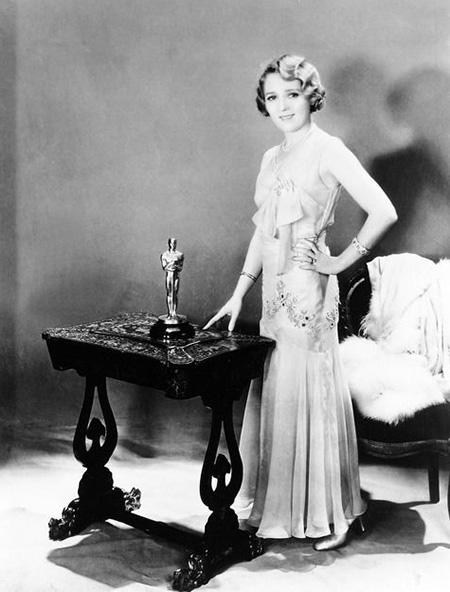 Griffith, soon to become "the man who invented Hollywood" for landmark films like Birth of a Nation (1915) and Intolerance (1916), was pioneering the movie industry the Biograph Studios in New York when diminutive Miss Pickford came in to test for the nickelodeon feature Pippa Passes (1909). The role went to Gertrude Robinson but Griffith was so impressed with Pickford's instinctive grasp of cinema acting that he gave her a small role in the film and signed her to a very lucrative contract with Biograph. For Pickford, the contract had to be favorable. At the time, the teenager was the breadwinner for her family, and appearing in the then suspect film industry might mean she could never return to the legitimate stage.

Born Gladys Louis Smith in Toronto, Ontario, Canada, she was the oldest of three children born to John Charles Smith and Charlotte Hennessey Smith. Gladys was not quite three when her father, then a purser with the Niagara Steamship Company, was killed in an industrial accident. Charlotte worked as a seamstress and took in boarders to help make ends meet. One of her boarders was a stage manager for a Toronto theatrical company and suggested that then seven-year-old Gladys might do well in melodramas.

Charlotte soon had all three of her children appearing on stage. They toured the U.S. and Canada by rail, usually in less popular plays with third rate companies. Gladys became dissatisfied with life on the road and threatened to quit acting as she entered her teens. The family settled in New York, where she became friends with stage actresses Lilian and Dorothy Gish, who were also managed by their widowed mother. The Smiths and the Gish's shared an apartment in Manhattan through the summer of 1905.

Gladys won a supporting role in The Warrens of Virginia (1907, directed by the playwright's brother, an up-and-comer soon to transition to a film named Cecil B. DeMille) on Broadway, but producer David Belasco insisted that Gladys Smith was not a name for the marquee. She looked into her genealogy and chose the moniker Mary Pickford. When The Warrens closed in October 1908, the Smiths (who would all adopt the name Pickford) found themselves again unemployed. The following March, Charlotte suggested that Mary give the new film industry a try.

Mary was able to negotiate a $10/day contract and a guarantee of at least $40/week with Biograph when most of their players were being paid $5/day. She was quick to appreciate that acting for the camera was essentially different than performing before a live theater audience. Mary realized that an actor's performance could be made or broken during a close-up shot, and she developed a come-hither subtlety which would mark her career through the silent era. 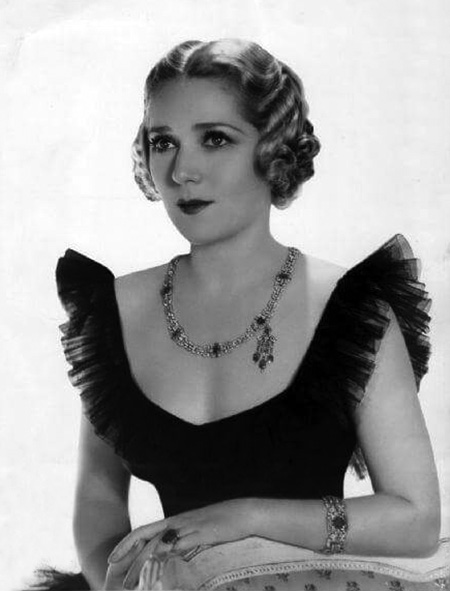 In April, she began her first film with Biograph as a ten-year-old girl in the short feature Her First Biscuits directed by Griffith. The same day, she met fellow actor Owen Moore. Like most Biograph players during this period, Mary played in leading roles as well as bit parts, appearing as a mother, an ingénue, charwoman, a slave, Native American, a scorned woman, and a prostitute. Actors were usually not credited, and Mary realized that the more often she was seen on the screen, the more work she would get. She made 51 films in 1909 and joined Griffith and the Biograph crew when they traveled to the West Coast in January 1910.

Ostensibly to shoot Ramona (1910) on location, the trip also determined the practicality of a Los Angeles studio (the dreary winters in New York made for terrible film lighting for part of the year, sunny Hollywood was a natural). The following January, wearing a dress and high-heels borrowed from the studio wardrobe department, Mary was married to Owen Moore. Other studios were desperate for Pickford's services, and every time she moved, she was able to substantially increase her salary.

David Belasco wooed her back to the stage for 1912's A Good Little Devil, an easy sell because Mary had long dreamed of Broadway success. By the time the show closed in May 1913, Pickford realized that film acting was her calling, and she joined Adolph Zukor's newly formed Famous Players Studio (the forerunner to Paramount Pictures). When she renegotiated with Zukor in 1916, she not only won a record-breaking $10,000/week, but also full production authority over her movies. She began appearing in the "little girl roles" which she is best remembered for, The Poor Little Rich Girl (1917), Rebecca of Sunny Brook Farm (1917), and Daddy Long Legs (1919).

About the time that America entered the Great War, Mary began to realize that with stardom came the recognition to accomplish more. She began promoting the sale of Liberty Bonds, and one of her world-famous curls was auctioned for $15,000. An estimated $5,000,000 in bonds were sold in a single Chicago rally, and when the War ended, she was able to convert some of the leftover funds to create the Motion Picture Relief fund to aid financially needy actors. She also created the "Payroll Pledge Program" where actors earning more than $200 would dedicate one-half of one-percent of their wages to the relief fund. The fund grew until the Motion Picture Country House and Hospital was founded in Woodland Hills in 1940. 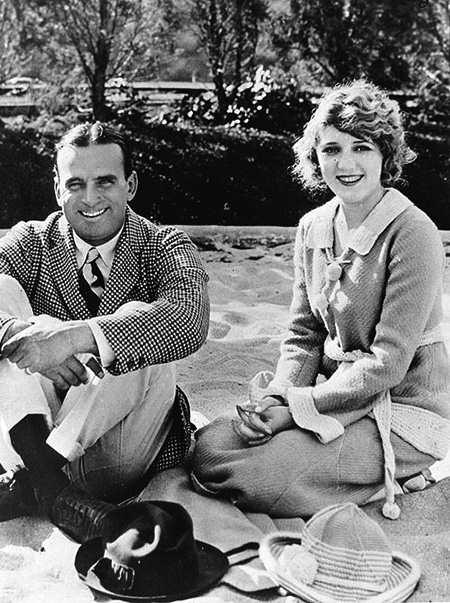 When her contract with Paramount expired in 1919, their renewal offer was unsatisfactory. They offered her $250,000 to simply quit the motion picture business, which was also unsatisfactory. Together with D.W. Griffith, Charlie Chaplin, and Douglas Fairbanks, Pickford formed the United Artist Corporation. UA was set up to distribute films produced by the principals, a scheme which one studio head said was "the inmates taking over the asylum". However, the move was a major blow to the monopoly of the studio system. The Mary Pickford Company's first production for United Artists was Pollyanna (1919), grossing $1.1 million.

Owen Moore began drinking heavily and was intimidated by his wife's growing success. He and Pickford lived separately most of the time and were finally divorced in March 1920 (he would sue for and win a $100,000 settlement). Before the end of the month, Mary married Douglas Fairbanks. Although the quick marriage was expected to attract scandal, they were swamped by adoring fans during their European honeymoon, and their estate in the Hollywood Hills, Pickfair, became an important landmark (heads of state who came to visit the Whitehouse in Washington DC were known to ask if a visit to Pickfair could also be arranged).

The rise of sound pictures doomed both Pickford's and Fairbank's acting careers (Mary said that putting sound in movies was like "putting lipstick on the Venus de Milo"). The Dodge Brothers Hour was broadcast from Pickfair on March 29, 1928, featuring Pickford, Fairbanks, Charlie Chaplin, Norma Talmadge, Gloria Swanson, John Barrymore, D.W. Griffith, and Dolores del Rio in an effort to prove that the silent stars were up to the challenges of the talkies. However, by now Pickford was in her thirties and harder to sell in the younger roles audiences loved.

When his career began to fail, Fairbanks began to travel extensively, but Mary had enough of living out of a suitcase during the period before joining Biograph and remained at Pickfair. Pickford and Fairbanks divorced in 1936 and she married bandleader and actor Buddy Rogers in 1937. Soon thereafter, Pickford became a virtual recluse, only allowing visits from her friend Lillian Gish and her stepson, Douglas Fairbanks, Jr. The senior Fairbanks died of a heart attack in 1939 (his last words were "I've never felt better"). In 1976, Mary was awarded an Honorary Academy Award for her life's work, and the Academy sent a film crew to Pickfair to broadcast her acceptance during the Academy Awards Ceremony.

Mary suffered a stroke in 1979, and passed away on May 29, 1979, at the age of 87. A Star on the Hollywood Walk of Fame at 6280 Hollywood Blvd honors Mary Pickford's contributions to Motion Pictures.