Best known for his groundbreaking but controversial film, Birth of a Nation (1915). 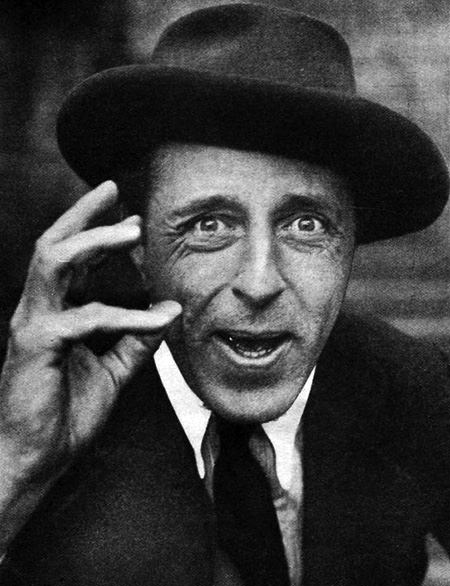 The earliest motion pictures were pretty much just that, pictures which moved. Usually, they would convey a story and the audience may or may not have made an emotional connection with the story, but it was up to the actors and the writers to make that connection. The filmmaker did little more than take the pictures. D. W. Griffith would change all that. Griffith pioneered the techniques which would make the director the story teller and made the cinema an experience in its own right. Like many other visionary artists, some of Griffith's most important work was misunderstood in his own time and he was largely shunned by his peers--peers in an industry that may have never existed if not for his work.

David Wark Griffith was born in Oldham County, Kentucky, 1875, to Mary and "Roaring Jake" Griffith. His father had been a Colonel in the Confederate Army and injured while serving. D.W. grew up on his father's stories of the Civil War and the glories of the antebellum South, but the family struggled with poverty after the father died when David was very young. His mother abandoned the family farm and moved her brood to Louisville where she ran a boarding house. D.W. spent as much time as he could in the library, but left school at 14 to help his mother make ends meet.

He wanted to become a playwright but was unable to sell his plays. He did build a decent acting resume' and eventually began working in front of the camera for the Edison Film Company. Griffith became a stage extra and writer for the Biograph Company in 1908. The companies lead director fell ill and his son tried to replace him but was not cut out to direct. Griffith was given a shot and had successes beginning with The Adventures of Dollie. He began to develop techniques which filmmakers take for granted today, such as cross-cutting to show simultaneous action in different locations, fade-in/fade-out, flashbacks, and using close-ups during a scene. He also worked with some of the earliest stars of the medium, like Mary Pickford, Lionel Barrymore, Dorothy and Lillian Gish, Allen Hale Sr., and Harry Carey. In 1910, Griffith went to California with members of the Biograph company to make location shots for Ramona (1910) and to investigate the possibility of setting up a studio in the West. He made the very first Hollywood movie, In Old California (1910), and other film companies began flocking to Hollywood. 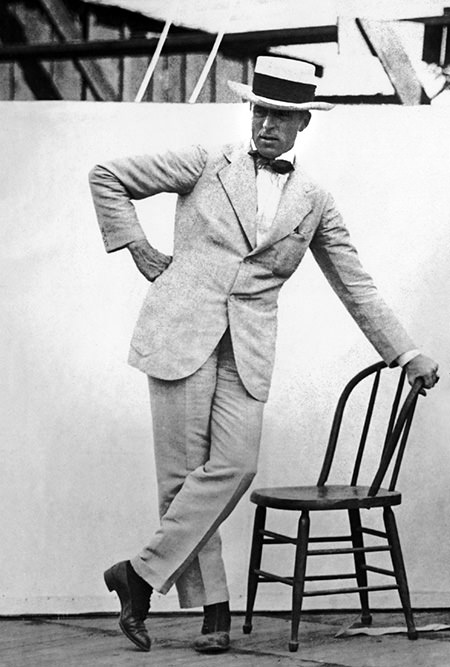 Griffith was having creative difficulties with Biograph's management by 1913. There were several issues, including screen credit for the actors and director, but the breaking point came over the length of his films. Biograph was convinced that the audience would hurt their eyes if they watched a flickering screen for more than a few minutes while Griffith felt he needed to make "feature length" films to tell the stories he wanted to tell. He formed an alliance with studio manager Harry Aiken to launch Reliance-Majestic Studios and filmed Birth of a Nation (1915). Acknowledged as the industry's first feature-length picture, the film was an artistic and creative triumph but because its subject matter was the Reconstruction Era South and the formation of the Ku Klux Klan the picture drew the ire of the NAACP. It was boycotted and banned in some cities, however, it also made money for its investors. Louis B. Mayer was working as a film distributor in New England and bought the rights to show Birth of a Nation in his region, the profits he gained were the capital basis for what would become MGM.

Trying to answer his critics, Griffith followed up with Intolerance (1916), widely considered a masterpiece of the silent film era. The picture follows four storylines, the fall of Babylon, the story of Christ's crucifixion, the massacre of French Huguenots in 1572, and a "modern" story of workers against capitalist bosses. Rather than presenting the stories chronologically, Griffith used cross-cuts to show them simultaneously, building a powerful condemnation of mankind's intolerance of others. Although Intolerance was a hit with critics, audiences were expecting a repeat of the violence and action of Birth of a Nation, and the new film was a box-office failure.

Trying to recover financially from Intolerance (Griffith sank most of his personal fortune into the failed picture) he went to work for other studios. Griffith brought together Mary Pickford, Douglas Fairbanks, and Charlie Chaplin to form United Artists. Although the other players would enjoy great success with UA projects, Griffith never recovered the glory of Birth of a Nation or Intolerance. Griffith was found unconscious on the morning of July 23, 1948, in the lobby of the Knickerbocker Hotel in Los Angeles where he had been living alone. He had suffered a cerebral hemorrhage and died while being transported to the hospital. Orson Welles said "I have never really hated Hollywood except for its treatment of D. W. Griffith. No town, no industry, no profession, no art form owes so much to a single man."

A Star on the Hollywood Walk of Fame at 6535 Hollywood Blvd honors contributions to Motion Pictures by D.W. Griffith. D.W. Griffith Middle School in Los Angeles was named in his honor, but because of the racist reputation of Birth of a Nation, there have been attempts to renamed the institution.