An interesting and rare adventure program about a character who goes to fantasy world filled with beautiful musical interludes.

Choose your CD format
or order disks individually: Add to Cart Add to wishlist
Play a sample episode from March 14, 1950:

Cloud Nine was produced in the "Air Theater" in the Wrigley Building for WBBM, longtime Chicago CBS affiliate. The only known episodes were broadcast in 1950, and were apparently not picked up by the network (WBBM had powerful enough transmitters, that with its Tuesday, 9:30 pm time slot, the show could have been heard just about anywhere in North America.) 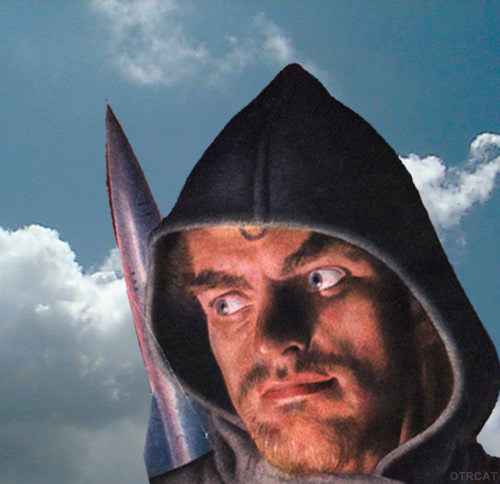 Cloud Nine, not unexpectedly from the name, is pure fantasy. The beginning and end of each episode has a ghostly, supernatural feel to it not unlike The Mysterious Traveler or The Whistler. Our hero walks into the bar every week to wait for the mysterious host who will take him to Cloud Nine. He never recognizes his host at first, but he always shows up and together they ride the express elevator to Cloud Nine. Upon their arrival on Cloud Nine the host interviews our hero to see what has been on his mind, and then recommends a destination that relates to the thoughts. The host then calls out commands to the crew of Cloud Nine, which can travel through space and time.

When they arrive at their destination, along with the fantastical situation we expect to hear the hero get into, we are also greeted by a song; not only is Cloud Nine a time-traveling fantasy, it's a musical as well! The story is filled with the realism we expect from radio drama of 1950, but songs from musical theater and popular music are woven into the story as well.

At the end of the story, our hero is filled with wonder over his experience, but the host convinces him that it was all just a fantasy that he had while on Cloud Nine. But when the hero returns to the reality of the bar, he is surprised to find he is carrying an artifact of some kind that could have only come from his fantasy adventure.