Long lost in the archives for ages, these rare old time radio shows have not been heard on air for decades.

Choose your CD format
or order disks individually: Add to Cart Add to wishlist
Play a sample episode from November 27, 1945:

"His Honor the Barber"

Time for another Collection of Rarities! Taken together, these shows can be a great introduction to the variety of what is available in Old Time Radio. They are also rare enough that you can be pretty sure that your friends will not have heard them before!

These old time radio shows are a few of the rare episodes known to have survived after many lost decades. The shows are from all genres of old time radio, from music to comedy to detective shows there is something for everyone. 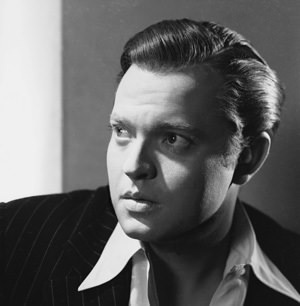 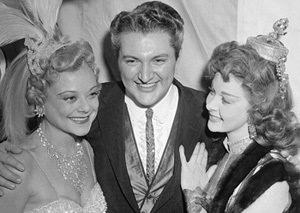 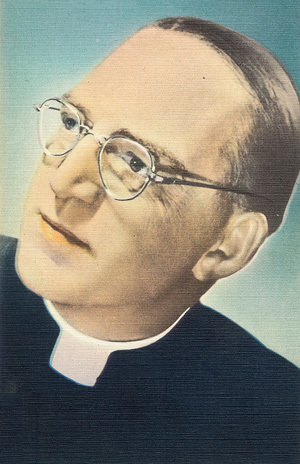 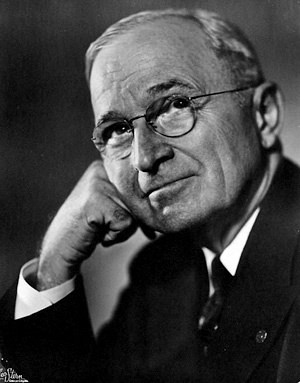 Count Your Blessings, 1950, A comedy about an average family, if your family has 10 kids!

Downbeat of 1943, AFRS presentation of musicians introducing their records for the troops.

Four for the Fifth, 1944, Arch Oboler presents a series of four Radio Plays to support the Fifth War Loan.

Hilltop House, 1953, Soap Opera with all the trimmings, wedding plans, doctors giving news of potential fatal illness, all with a 1950's perspective.

His Honor, The Barber, 1945, starring Barry Fitzgerald and produced by Carlton E. Morse. Fitzgerald plays a good hearted small town judge who used to be the town barber.

Hollywood Calling, 1949, Dick Powell and the crew of the Hollywood NBC Studios pull the wool over George Murphy's eyes on his birthday.

Tums Hollywood Theater, 1952, Cesar Romero stars in a thriller where he takes a bet that he can sit on a flagpole for 100 days, but he witnesses a murder on the 97th day.

The Law West Of The Pecos, 1944, Walter Brennan plays Judge Roy Bean, the show was early for the Radio Western boom,so was not picked up.

Lear Radio, 1945, Orson Welles comments on Doris Miller, the Negro Mess Attendant who was awarded the Medal of Honor for his actions at Pearl Harbor.

Leave It To Mike, 1946, a fast paced screwball comedy about a sporting goods store manager trying to get ahead.

Leave It To The Girls, 1945, a "round table of romance" with an all girl panel giving advice. There is one male guest who can stop the discussion at any time by blowing a horn.

Lenin Of The Rovers, a send up of Britain's first "Communist Football" club. Parodies English Soccer of the 1980s and other aspects of British life.

Leo And The Blonde, 1947, The continuing story of a wannabe Hollywood publicist and his pretty client.

The Liberace Program, 1955, Soundtrack taken from Liberace's television program, not really the same without sequins...

The Mystery Castle, 1947, Children's Christmas Serial in the fashion of Cinnamon Bear, from Youngstown, Ohio.

The Notorious Tariq, 1947, A Gentleman Adventurer and Finder of of Rare Things with an eye for pretty and sophisticated women.

Palace Personalities, 1949-50, remote interviews of interesting personalities from the lounge of the Palace Hotel in San Francisco. This edition features the winner of a Honolulu beauty contest, an artist, and a movie voice actress.

President Truman, Man From Missouri, traces the career of Harry S. Truman from his entry into politics, his surprising selection as FDR's VP, the end of WWII, the beginnings of the Cold War and post War years,

Press Club, creepy tales told by editors and reporters at their club near the paper's offices.

Crime Correspondent, 1949, Paul Frees, the man of a thousand voices, plays Larry Mitchell, ace crime reporter, and presents the most gruesome crimes he can find.

The Lawless Twenties, Police Drama based on the Prohibition Era.

Police Recorder is a reality based show from 1953 and host and a Police Psychiatrist listen and comment in actual interrogation recordings.

The first lady cop show is Police Woman USA, which put more emphasis on titillation than procedure, and Police Woman, based on the career of an actual lady cop from New York.