Listen to historic speeches from the 33rd President of the United States, Harry S. Truman.

Choose your CD format
or order disks individually: Add to Cart Add to wishlist
Play a sample episode from January 15, 1953: 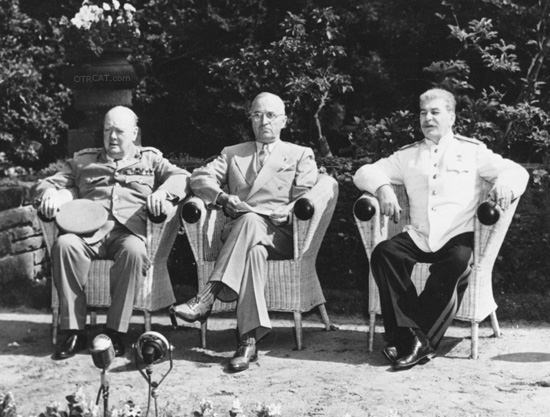 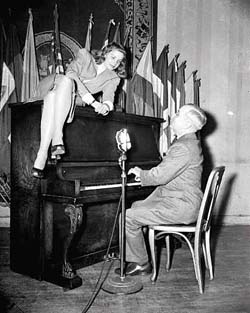 Harry Truman was the 33rd President of the United States. He became president after the death of the previous president, Franklin Delano Roosevelt. He was sworn in on April 12, 1945 a little less than a month before Germany surrendered in World War II and less than three months after President Roosevelt started his historic fourth presidential term.

When President Truman ascended to the presidency, he had no experience in foreign politics, knew nothing about the Manhattan Project that produced the world's first atomic bomb, and he didn't know much about domestic politics. President Roosevelt didn't discuss these things with him. Truman became Vice President through a deal brokered by the Democratic National Committee chairman never thinking that Truman would become president. Truman presided over t he final few months of World War II, finally giving his authorization to drop the atomic bombs on Hiroshima and Nagasaki.

During his two terms as president he faced many challenges. As a matter of fact, no one expected Truman to be re-elected to the presidency in 1948. In the years immediately after the war, moving the country back to  a post war economy was painful. There were shortages and strikes. Congress passed the Taft-Hartley Act that monitors labor union activity, overriding the president's veto resulting in a speech to the American public. President Harry Truman created The Federal Civil Defense Administration (FCDA) to prepare and educate the public about the threat of a nuclear attack as well as natural disasters.

One of the presidents unwritten duties is to address the nation on various issues or to speak at important events. President Truman addressed the nation on several subjects including addressing the crisis in Greece and Turkey. The president needed to explain to the American people that the US was providing military and economic aid to the countries to prevent them falling under the influence of the communist regime in the Soviet Union. This policy was known as the Truman Doctrine. See also recordings of Harry Truman's daughter, Margaret Truman.