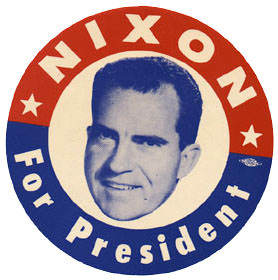 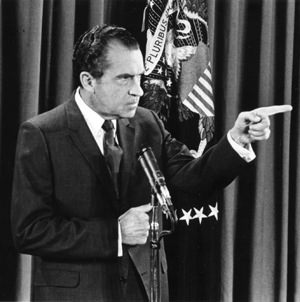 American Presidential Politics has not quite reached the stage of "Panem et Circenses", or Bread and Circuses, but there are times that it seems very close. Nonetheless, the race for the highest office in the land can be extremely entertaining at times.

Grover Cleveland's Presidency was unique for a number of reasons. He was the second President to wed while in office, and the first to hold the wedding in the White House. An incumbent losing reelection is not unique, but to lose after winning the popular vote may be. Cleveland's most interesting footnote in electoral history is to be the only President to have been elected to the highest office in the land in two non-consecutive terms, making him the 22nd and 24th POTUS. During his 1892 campaign, some of his speeches were recorded using very early recording equipment.

Our collection includes short speeches from the next race, the 1896 contest between William McKinley (who discusses the struggle to preserve the "financial honor of the government") and his opponent, William Jennings Bryan speaking on the issue of the gold standard.

When McKinley fell to an assassin's bullet in 1901, the office was assumed by Theodore Roosevelt. In the election of 1904, Which Roosevelt won by a landslide, he became the first Vice President to arise to the office through the death of his predecessor and then win election in his own right. The boisterous Teddy was a gifted and enthusiastic speaker, and it is little surprise that several of his speeches were preserved on early recording equipment.

In 1908, Teddy's hand picked successor, William Taft, was elected to the Presidency. During his term, Taft had a falling out with Roosevelt. Teddy ran against the incumbent in 1912. The split electorate may have helped Progressive Movement leader Woodrow Wilson win office. We have a recording of Wilson discussing Roosevelt's Labor policy. In 1924, the nation was encouraged to "keep cool with Coolidge", and we hear him speaking on the need to cut public spending.

Our Presidential Campaign Collection moves next to Franklin Delano Roosevelt introducing candidate Alfred E. Smith at the 1928 Democratic National Convention. Four years later FDR would be running himself. His 1932 campaign was a success, largely because he was running against an incumbent who the public blamed for the Great Depression. His New Deal programs and other policies were beginning to make a difference when he was reelected by a landslide in 1937. There had been an "unwritten law" that Presidents should not seek a third term ever since George Washington famously declined to seek a re-election. FDR sidestepped the unwritten law, setting up his third run by using his office to marginalize his opponents and then engaging is some shameless chicanery at the Chicago convention.

The 1940 campaign against Wendell Wilkie emphasized Roosevelt's proven leadership and his promise that American boys would not "be sent into any foreign war." Of course, the War did come, and the Allied forces under FDR's leadership prosecuted the conflict masterfully. By the 1944 Presidential Campaign, Roosevelt and the Democrats were running with a "don't change horses mid-stream" philosophy. In fact, the War was nearly won but FDR's health was beginning to fail. At the insistence of the Democratic leadership, his VP for the last two terms, Henry Wallace, was dropped from the ticket. Roosevelt choose Missouri Senator Harry S. Truman as a replacement and carried 53% of the vote.

FDR passed away on April 12, 1945. Truman, who had only been Vice President for 82 days, was informed that afternoon that the Allies had developed a "new, highly destructive weapon", but was not given a full briefing until April 25. Although the Japanese Empire was essentially defeated, Truman eventually felt he had to order the dropping of the bomb.

After the war, there was an uneasy transition from a war to a peacetime economy with a great deal of labor unrest, and there were clouds on the international horizon. In the spring of 1948, Truman's approval ratings dropped as low as 36%. Truman took his campaign directly to the people with a whistle-stop tour of the country. The poles and the press were convinced of an inevitable Republican victory (the poles were based on telephone interviews, and much of Truman's populist supporters did not have a phone!) The Democrats held the White House for four more years.

Our Presidential Collection continues with figures including Eisenhower, John Kennedy, Lyndon B Johnson, Adlai Stevenson, Robert Kennedy and Tricky Dicky himself. The historical significance of these recordings should be obvious, but they are excellent entertainment, as well. Bread and Circuses? Not quite, but keep the peanut butter in reach, just in case.