The 30th President of the United States, Calvin Coolidge was the first to effectively use the new technology of Radio to reach the people. 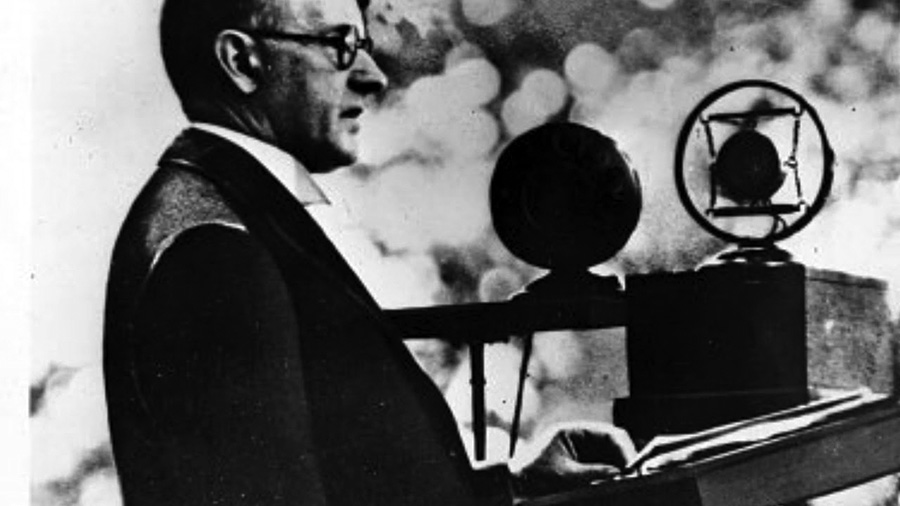 Calvin Coolidge has been dismissed as being a 'do nothing' President. Whether this characterization is fair could be debated endlessly by historians, but by all appearances, he was the President that America needed when he assumed the Office.

As Warren G. Harding's Vice President, Coolidge was one of the few from the Administration not to have been brushed by scandal. Harding had no problem appointing close friends to Federal positions and his administration would be rocked by the Teapot Dome Scandal, back-room maneuvering at the Justice Department, corruption at the Veterans' Department, not to mention the President's involvement in extramarital affairs. Nonetheless, when Harding suffered a fatal heart attack while on a tour of the West Coast, a trip which may or may not have involved a rendezvous with his mistress. 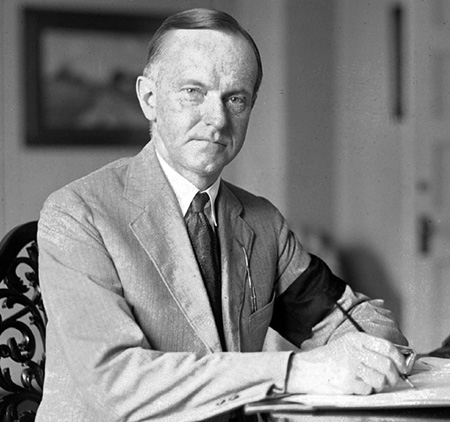 Vice President Coolidge, who was visiting family in Vermont, received word of Harding's passing at half-past two on the morning of August 2, 1923. By the light of a kerosene lamp, John Calvin Coolidge Sr., acting in his capacity as a notary public, used the family bible to administer the Oath of Office to his son.

Born on July 4, 1872, John Calvin Coolidge Jr. had deep roots in New England, where ancestor John Coolidge had emigrated from England to Watertown, Massachusetts, around 1630. His great-great-grandfather had been an officer during the Revolutionary War. Coolidge studied Law at Amherst College and hung his shingle in Northampton, Massachusetts, after apprenticing with the firm of Hammond & Field.

Like most New Englanders at the time, Coolidge joined the Republican Party. He worked his way up from the Massachusetts House to Mayor of Northampton to the State Senate, eventually leading to the Lieutenant Governorship under Samuel McCall in 1915. They were reelected in 1917, and in 1919 Coolidge was elected as Governor.

That fall, the Boston Police Department went on strike, hoping to gain recognition for their Police Union. Governor Coolidge helped to break the strike by calling up the State Militia to maintain order in the lawless city. His efforts gained national attention and wee a setback to Labor during what would be remembered as the first Red Scare.

Facing up to the suspected "Red Menace" was not lost on the party bosses at the 1920 Republican National Convention in Chicago. They handily defeated the Democratic ticket of James Cox of Ohio and Assistant Secretary of the Navy, Franklin D. Roosevelt. 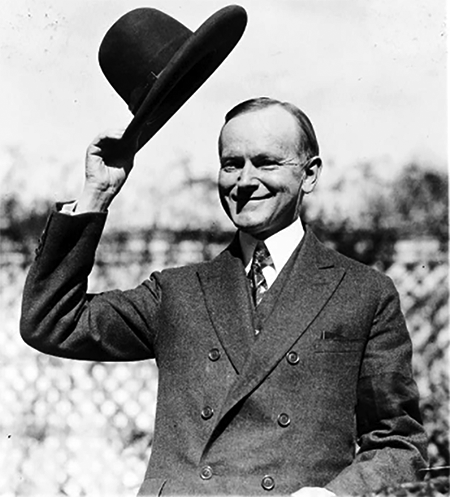 Harding was unique among Presidents in that he invited his Vice President to regularly attend Cabinet meetings, but for the most part "Silent Cal" was seen but not heard at the meetings. The Vice President and his vivacious wife, Grace, were popular on the Washington social circuit. At one party, a guest told Coolidge that: "I made a bet today that I could get you to say more than two words". Coolidge replied, "You Lose!"

After Harding's passing, Coolidge saw it as his duty to "restore the dignity and prestige of the Presidency when it had reached the lowest ebb in our history". Leaning toward a laissez-faire economic policy, Coolidge called for an isolationist foreign policy, tax cuts, economy and frugality, and limited aid to farmers. He won reelection in 1924 with 54% of the popular vote.

Although in many ways, President Coolidge continued to cultivate his "Silent Cal" reputation, however, he definitely earned the moniker as our first "Radio President" as well. Four months after assuming the Office, Coolidge made his first Joint Address of Congress on December 6, 1923, and microphones were set up in the House Chamber. The broadcast-quality was surprisingly good; listeners in St. Louis telephoned their local broadcaster to ask about the annoying rustling noise coming over their speakers, it turned out to be the pages of the President's speech as he turned them.

Newspapers were still the administration's primary means of getting its message to the American People, but "Silent Cal" made at least forty broadcasts during his Presidency. Like so many Old Time Radio broadcasts, many of these have been lost to time. This collection includes recordings from Coolidge's campaign for Vice President, as well as his greeting to St. Nicholas at the beginning of the 1930 Christmas Seal Campaign.

Although he was still a popular President, Coolidge chose not to run for a third term in 1929. The Republicans nominated Secretary of Commerce Herbert Hoover for the Presidency. Although he did not want to cause division in the Party, Coolidge hesitated to endorse Hoover, stating privately that "for six years that man has given me unsolicited advice—all of it bad."

As it became obvious that Hoover had little chance of reelection in 1932, several in the Party began floating the notion of having Coolidge run again, a notion the former President quickly squashed. Calvin Coolidge died unexpectedly on January 5, 1933, from a sudden coronary thrombosis. He was 60. 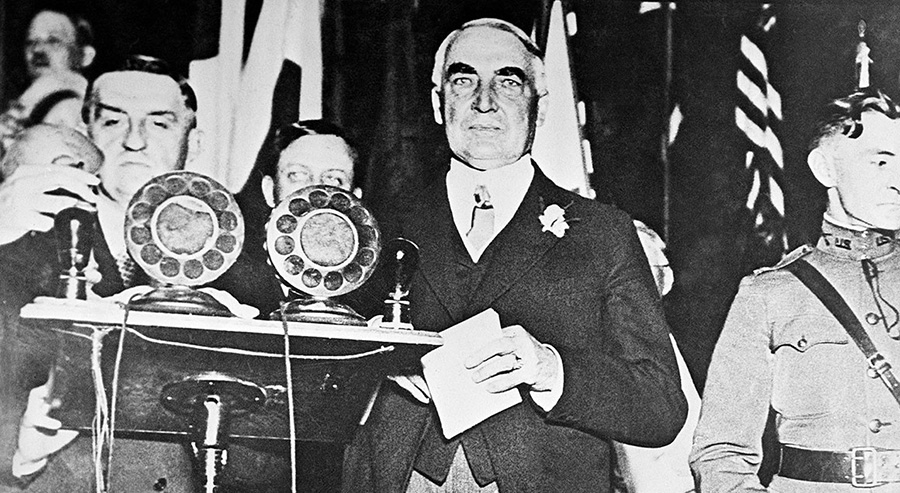