Considered "a better man than he was a president", Jimmy Carter ushered America into the 1980s.

Choose your CD format
or order disks individually: Add to Cart Add to wishlist
Play a sample episode from July 15, 1976: 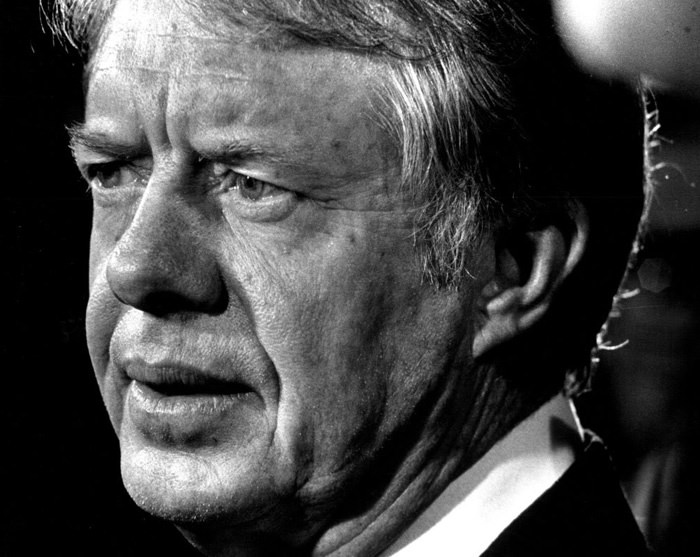 The British morning newspaper The Independent wrote of Jimmy Carter "Carter is widely considered a better man than he was a President". Carter's presidency did, in fact, have a number of successes, but popular history will remember it as the administration that mishandled the Iran Hostage Crisis and gave the economy "stagflation". Carter is one of four U.S. Presidents to be awarded the Nobel Prize for Peace, but the only one to receive the award after his term of office.

Jimmy Carter does not fit into the "born in a log-cabin" mold of Presidents (he was the first U.S. President born in a hospital), but he is decidedly a self made man. Carter was the son of a prominent businessman in Plains, Georgia. He was a good student and won acceptance to the Naval Academy in 1943. As a junior officer in the post war Navy, Carter saw his best opportunities in the Submarine corps and applied for the Nuclear Power program under then Captain Hyman Rickover. The standards for equipment and officers set by Rickover are the stuff of legend, and Carter's career was on a fast track.

When his father died in 1953, Carter resigned his commission to run the family business. Although the senior Carter had been a wealthy man, Jimmy received only a small inheritance and found the business was in serious trouble. He went to the local library to learn the science of running a peanut farm, and barely broke even the first year. With the help of his wife Rosalynn, the Carter Farm and Warehouse eventually made Jimmy a wealthy man.

Jimmy Carter has had a lifelong commitment to his Christian Faith. He served as Sunday School teacher for most of his live, and his entry into politics was an extension of his voluntarism. He began by serving on several local boards for schools, libraries, hospitals and the like. He served two terms in the Georgia State Senate during the 1960s. In 1966, he considered running for the U.S. Congress, but when Republican Howard Calloway announced he would run for Governor of Georgia, Carter decided to oppose him. When Carter lost in the primary, he returned to his farm and agricultural business. 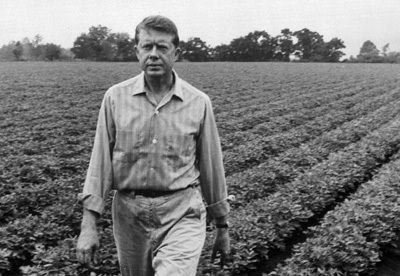 While tending the farm, Carter had time to begin planning his 1970 run for governor. Although he did not believe in segregation, Carter said things that segregationists wanted to hear. For his own reasons, he opposed school busing and favored private schools, both part of the segregationist agenda. Much to the chagrin of those favoring segregation, after his election Carter stated "the time for racial discrimination is over. Never again should a black child be deprived of an equal right to health care, education, or the other privileges of society."

When Carter told his family of his decision to run for president in 1976 his mother's reply was "President of what?" Most of Washington was still muddied from Watergate. As an outsider and a dynamic and hard-working campaigner, Carter did remarkably well in the primaries and had a significant lead on President Gerald Ford after the conventions. Ford gained ground during the campaign but still lost in November. Carter's presidency was marked by growing inflation and national malaise. There were high-points of the administration, including the deregulation of the beer industry (which had the effect of legalizing craft home brewing, the basis of the modern Micro Brew industry) and the Camp David Accords between Israel and Egypt. More attention is focused on the negative aspects of the period; the Three Mile Island nuclear emergency, the Soviet invasion of Afghanistan and the resulting U.S. Boycott of the Moscow Olympics, and the Iran Hostage Crisis. Carter was handily defeated by "the great communicator" Ronald Reagan in 1980.

Carter left his peanut farm in a blind trust during while President to avoid any appearance of conflict of interest. The fund was mismanaged, and when Carter left the Presidency he was more than $1 million in debt. However, he has been able to establish the Carter Center, which has done extensive work to eradicate disease and poverty in Africa, and help to resolve conflicts in Haiti, Bosnia, North Korea and other countries around the world. He has made significant contributions of money and time to Habitat For Humanity. 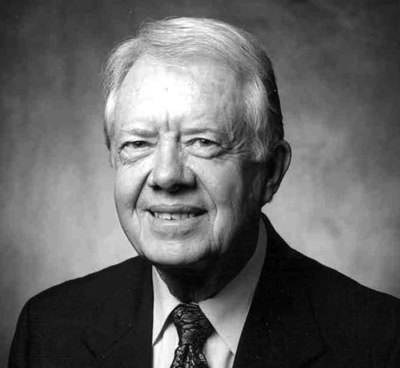