Winston Churchill, Prime Minister of United Kingdom during WWII and great orator, wrote his own speeches and delivered them on many radio broadcasts. 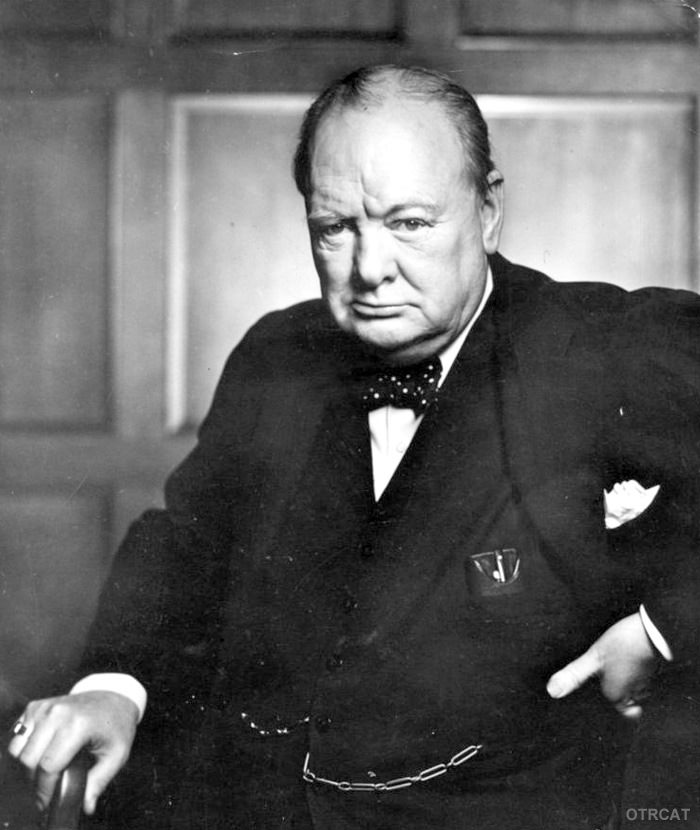 Ask the typical American on the street to name an important British historical figure, and the answer will typically be Sir Winston Churchill. Churchill is seen as Roosevelt's greatest ally in the months before America entered the Second World War, and we admire the way he staunchly defended his homeland. Our mental picture of Churchill is that of a British Bulldog who only took the Cuban Cigar out of his mouth long enough to delivery one of his incredibly effective speeches. Churchill was a great orator, it could be argued that Winston's speeches were nearly as important to the Victory in Europe as the material support coming from our side of the Atlantic.

Churchill was indeed a gifted speaker, and just the man Britain needed during WWII. His speeches were so important that there is little wonder that a myth has sprung up that someone other than Churchill delivered some of his speeches over the BBC. In reality, the "evidence" which supposedly supports this myth has been easily refuted.

Winston Churchill, Prime Minister of England during WWII and great orator, wrote his own speeches and delivered them on many radio broadcasts. Although Churchill is often credit for boosting morale for the Allied forces to win the war, controversy surrounds these recordings. For years, rumors have floated about that an actor was hired to deliver these speeches because Churchill was too busy at the height of the war. Recently, these rumors have thought to been confirmed when Norman Shelley's son found a 78 rpm record marked "Churchill: Speech. Artist Norman Shelley; September 7, 1942." This record is allegly of his father delivering one of Churchill's speeches for American radio. Although he wasn't fully believed, in the 1970's Norman Shelley (who played Watson on the Sherlock Holmes radio program) admitted to the recordings. Rumors of the day suggested Shelley supposedly even took his own false teeth out to impersonate Churchill's voice. Listen to these wartime broadcasts yourself and see if you can distinguish who is who.

Less well known is that the life Churchill led before the War, which was typically British in so many ways, uniquely qualified him to become the Wartime Prime Minister. Winston was born in Blenheim Palace on November 30, 1874. The palace was the ancestral home of the Dukes of Marlborough. His mother, the former Jennie Jerome, was an American Socialite. Young Winston developed a taste for things military while has grandfather served as Viceroy of Ireland and Winston's father served as his personal secretary, and parades constantly went by the official residence.

Winston was a precocious but not particularly successful student. His enthusiasm for the military led him to take the entrance exam for Sandhurst three time, and when he finally got in he choose calvary service since it did not require him to study mathematics. 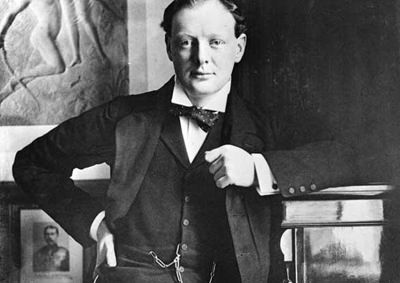 When his father passed away at the age of 45, Winston became determined to make his mark at an early age, fearing he would not survive to advanced age.

In 1895, Winston was commissioned into the 4th Queen's Own Hussars. Realizing that a Second Lieutenant's pay was not going to support his family in the manor he expected, he decided to supplement his income as a war correspondent. This meant he would use what ever influence he could, including that of his family and his mother's social connections, to get posted where ever there was an active campaign. He came under fire for the first time in Cuba on his twenty first birthday, and developed a taste for Cuban cigars which would become his trademark.

In India he was known as his regiment's best polo player, and he fought with distinction in the Malakand Valley. He later sold his story of the fight, one of his first published pieces. He was transferred to the 21st Lancers in Egypt and was part of the British Empire's last meaningful cavalry charge at the Battle of Omdurman in 1898. He resigned from the Army in 1899 to run for Parliament but was defeated. 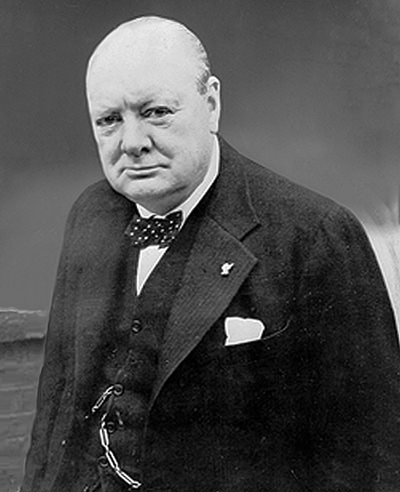 After failing in his first political campaign, Winston went to South African to cover the Second Boer War. He was accompanying a scouting party on an armored train which was ambushed. Although he was taken prisoner, there was talk of nominating Churchill for the Victoria Cross for his actions on the train. However, as a civilian he did not qualify for the medal.

When he returned to England he again stood for Parliament and this time he was elected. In 1911 he was appointed First Lord of the Admiralty and set about modernizing the fleet, converting British warships from coal to oil power and developing naval air power. He served in the Admiralty into WWI, until the fiasco of Gallipoli and a change in government.

He rejoined the Army and took command a battalion of the Royal Scots Fusiliers. As a Lt Colonel, he chose to lead from the front rather than sit at Regimental headquarters. This may have had less to do with Churchill's personal bravery than the fact that there was whiskey to be had at the front whereas HQ was dry.

After the first World War, Churchill returned to Parliament, serving as Minister of Munitions, Secretary of State for War, Secretary of State for Air, and again as Lord of the Admiralty. A major preoccupation during his time at the War Office was intervention in the Bolshevik Revolution, and he declared that Bolshevism should be 'strangled in its cradle".

He became Chancellor of the Exchequer and oversaw the return the Pound Sterling to the gold standard. Although leading economists warned that such a move would lead to world wide depression, it was very popular at the time. Churchill later said it was one of the biggest mistakes of his life.