Capture might seem an easier fate than being killed in battle, but the fate of a P.O.W. is rarely without a desperate cost. 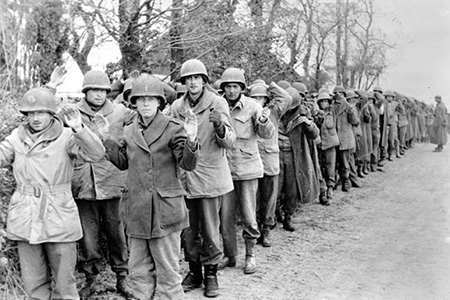 The role of the soldier is not to die for his country, although death while in service to his nation is a very sobering and real possibility. As so aptly put by General George Patton, the soldier's job is to make the other poor S.O.B. die for his country. Still, a soldier cannot honorably perform his duty if he is not willing to fight unto his very death if so ordered. There is a middle ground between life and death in battle, however, the possibility of capture by the enemy.

Surrender to the enemy in battle can be even more dangerous than fighting. Every soldier would prefer to go on fighting, but sometimes a field commander will order his troops to lay down their arms rather than allow them to fight to their death when there is no hope of victory or survival. In ancient times, capture in battle meant enslavement or perhaps the possibility of becoming a human sacrifice to the victor's gods. During the medieval period when warfare was undertaken by the landed nobility, a captured knight might be ransomed or even "paroled" after he gave his noble word that he would no longer participate in the hostilities (these niceties were only for nobility, slavery or slaughter where the fate of captured footmen). 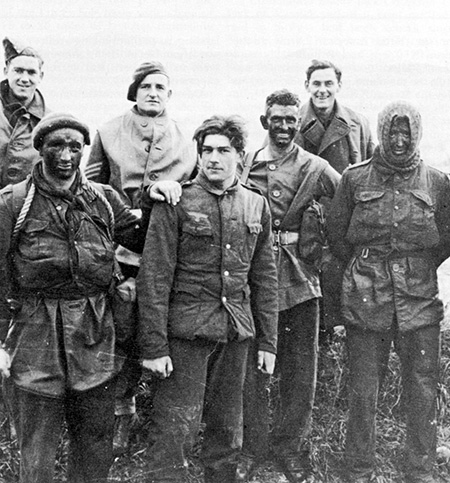 The Treaty of Westphalia, which brought an end to the Thirty Years War in 1648, established the precedent that all prisoners of war should be allowed to return to their countries without ransom once hostilities ceased. During the early decades of the Twentieth century, international conventions were signed after conferences in Geneva, Switzerland, which delineated rules for the humane treatment of prisoners of war. It is important to note that these protections extended only to legitimate combatants fighting in the uniform of their country. Insurgents, spies, mercenaries, and guerrilla fighters could expect no such protection and would be considered criminals or traitors.

Ed Beattie joined the United Press as a correspondent in 1931 and was assigned to the Berlin bureau where he reported on Hitler's rise to power. During the London Blitz, he became a uniformed correspondent, thereby coming under Geneva Convention protections. He was captured while covering Patton's advance toward Germany and Austria in 1944, and the things he saw while a P.O.W. are described in an episode of Soldiers of the Press. Cavalcade of America describes the ordeal of Adrienne de La Fayette, wife of the French aristocrat and general who came to the aid of America during the Revolutionary War. During the French Revolution, Madame LaFayette was arrested and faced the guillotine (which had already taken her grandmother, mother, and sister). Only the intervention of U.S. Ambassador James Monroe and his wife, Elizabeth, could bring about her freedom. A Nazi operative allows himself to be captured by American forces on This is Your FBI, which puts him in a position to be able to sabotage an American ship.