Four for the Fifth

Choose your CD format
or order disks individually: Add to Cart Add to wishlist
Play a sample episode from June 17, 1944: 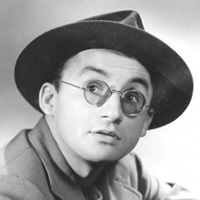 Four for the Fifth was produced by the US Treasury and written by Arch Oboler and William Robson. The title comes from the four radio shows for the fifth war loan drive which began June 12, 1944 just six days after the D-Day landing at Normandy. The goal was set to $16 Billion.

These programs, produced during WWII, presented dramas to boost the morale of a nation and draw forth into homes the stories that few may have known about. These radio plays were re-created of random themes and varying perspectives...but always with a message.Their popularity could not be denied and were portrayed by the popular actors of the day. The overriding message of the plays was the discussion of the economics of the war. Here is a look at a couple of the programs. High Command
In this portrayal, Adolf Hitler is confronted by representatives of generals that sought his "abdication" as the allied forces draw close from all directions. The audience hears Hitler growing into fear and willing to leave. Fast forward to an American couple discussing the eventual victory over the Germans, as the "German" approaches their conversation and begins to belittle the American resolve. The "German" draws the couple into the reality that they will fail as the argument over who pays for the war. As allied forces argue how much Germany will re-pay, the Germans create plans to turn the "invoice" of thewar back onto the Americans. But, enough of the contents...the rest you have to find out about. This program featured Paul Lukas. 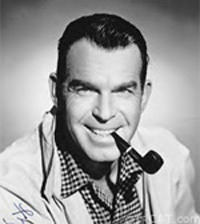 The Laughter
Starring Fred MacMurray as Staff Sergeant Don Williams is "speaking" to the President. Even if not a true story, it begins a story nevertheless...one of millions...of the brave soldiers everyday lives. His story begins of one night...any of many nights of families gathered together...has his brother stating that victory in Europe was a sure thing. Williams is hearing a funny sound...what was the sound he could not tell. The next morning at the train, Williams is seeing off his friend Jean and makes the discovery he is hearing the "sound" again. The sound is haunting him because he cannot locate or identify what it was. Can you?