When the US Treasury Department was working to sell War Bonds to fund the Second World War, they turned to the best of Hollywood’s talent to create Treasury Star Parade. 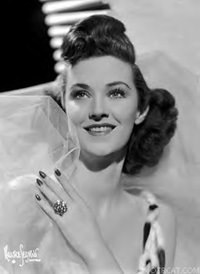 Jane Froman, one of
many frequent guests
on Treasury Star Parade

The Greatest Generation has a good deal to be proud of. America was just coming out of the Great Depression, which drove home to everyone an appreciation for the value of a dollar. People were very aware of the struggles happening in Europe, yet isolationist sentiment was widespread up until the Empire of Japan prosecuted their dastardly attack on Pearl Harbor. In just a matter of weeks, not only attitudes but the entire industrial base of the Nation shifted onto a War footing.Created by the US Treasury Department to stimulate sales of war bonds, Treasury Star Parade had top radio talent (including Arch Oboler, Neal Hopkins, Violet Atkins and many others) writing patriotic scripts in the scenario "if Hitler won the war, America will have to expect…"

What was really amazing was not just that Americans universally saw what needed to be done and did it, but the fact that they actually paid for it. America was, of course, blessed with an abundance of natural resources, and its long-held policy of accepting immigrants had built an industrious and thrifty workforce, and America was not only spared the devastation that the Great War had wrought upon Europe, the American Arms industry and financial community saw to it that Uncle Sam made a tidy profit on the First World War.

During Hitler's rise to power, it became obvious that eventually defeating him and his ilk was going to be a long, intense, and expensive proposition. Many of the economists around President Roosevelt believed that the best way to fund the upcoming conflict was through increased taxation and enforced savings. Although this would have paid the bills, Roosevelt realized that Americans would do what they needed to do but asking them to pay more taxes was a bad idea. After all, the American Experiment began as a tax revolt, and for all the upset about taxation without representation, taxation with representation was nearly as hard for them to swallow.

Americans had the money needed to fight the War, but rather than taking it directly through taxes, FDR asked the American people for a loan. 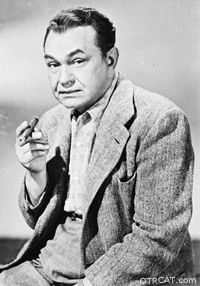 The efforts of the entertainment industry to promote Bonds during the eight War Loan Drives is the stuff of legend until it is compared with the public's response. The Treasury Department sold $185.7 billion dollars' worth of bonds, and in the process became an important player in the entertainment business. Bonds and Stamps were touted during the shorts in movie theaters, and moviegoers could buy Bonds and Stamp in the lobby. Popular radio programs signed off with a Bond pitch. Favored film Stars stared down from billboards with a "come-hither" look, inviting drivers to buy Bonds.

The Treasury pitched Bonds like any other consumer product and sponsored a number of highly entertaining radio programs. Treasury Salute was recorded for syndication in conjunction with the Fourth War Loan Drive (January 18 to February 15, 1944) and the Fifth (June 12 to July 8, 1944). Music for the program was provided by conductor David Broekman and "The Treasury Orchestra", and several different announcers were used during the run of the show, including Ben Grauer, Larry Elliott, Walt Herlihy, and Harry Von Zell.

The series starred top-name talent such as E.G. Robinson, Bette Davis, Lynn Fontanne and Alfred Lunt, Frederic March, Frank Parker, and many others who donated their time and 15-minute performances to the war cause.