One of the greatest actors of his generation, Frederic March won two Oscars as well as two Tonys.

Choose your CD format
or order disks individually: Add to Cart Add to wishlist
Play a sample episode from May 28, 1949: 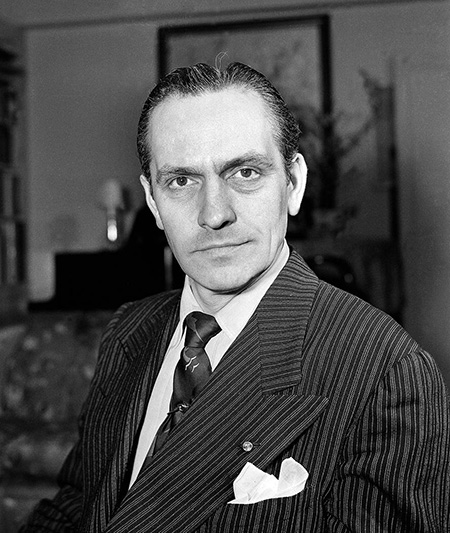 Selecting a stage name is an important if sometimes traumatic step in an actor's career. Traumatic because it sometimes signifies the surrender of a very personal part of ones' identity, however, it is a sacrifice that is hard to avoid. Some people's given names are, frankly, less than glamorous, so a name that will look better on a marquee is chosen. The Actors Equity Association and the Screen Actors Guild both have rules stating that no actor can use the professional name used by another actor.

When John and Cora Bickel of Racine, Wisconsin's little boy, born Ernest Frederick McIntyre Bickel in 1897 got into the acting game, he had a method for selecting a stage name. His lucky number was twelve, so he took two letters off his mother's maiden name, Marcher, and one from his to get Frederic March.

Fred attended Winslow Elementary School and Racine High before entering the University of Wisconsin-Madison where he attained a degree in economics. The good looking lad played sports and participated in student productions, whetting his appetite for the acting game. During the Great War, he served as a Lieutenant of Artillery, and after his service, he began a career with the First National City Bank in New York.

The world of high finance lost out when Fred was stricken with appendicitis. While recovering, his landlady regaled him with tales of her time on the stage, and Fred determined to give acting a serious go. His sights were set on Broadway, but to make ends meet he appeared in several films being shot in local studios. March made his Broadway debut in The Melody Man (1924, Central Theatre, 80 performances). He continued to hone his craft in various stock companies until Paramount offered him a contract in 1929.

Paramount quickly began grooming March as a serious leading man. A notable early film role was based on John Barrymore in the comic send-up The Royal Family of Broadway (1930, filmed at Astoria Studios in New York), garnering March his first of five Academy Award nominations. He won Best Actor the following year for Dr. Jekyll and Mr. Hyde. 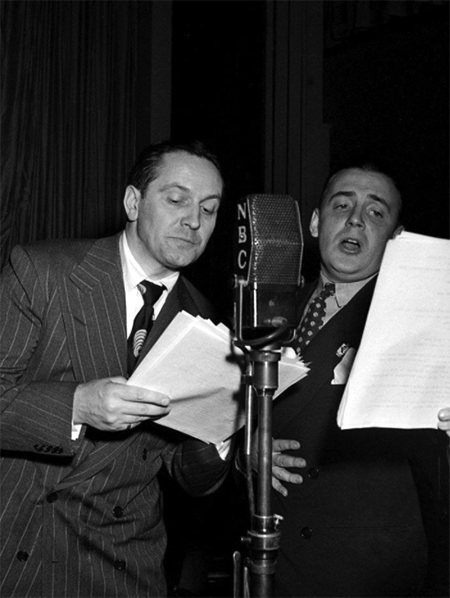 March is notable among actors of the period for bucking the Studio System. When his initial contract with Paramount ran out he decided not to sign a long-term contract with any one studio. This would allow him to choose the projects that interested him and to return to Broadway, which he did in 1937 in the flop Yr. Obedient Husband (opened January 10, 1938, at the Broadhurst Theatre, closed after 8 performances).

March divided his working time between Hollywood and Broadway. He was, along with Helen Hayes, one of only two actors to win two Tony's as well as two Oscar's. He shared the stage, screen, and radio microphone on several occasions with his wife, Florence Eldridge. Perhaps as an escape from the madness of show business, they maintained a farm in New Milford, Connecticut.

As March began to age out of leading man roles, he made a graceful transition to character parts. Although he enjoyed stage and movie acting for different reasons, he was less enthused about TV, although he did appear in several small-screen productions, including adaptations of A Christmas Carol costarring Basil Rathbone as Marley's Ghost.

A life-long Democrat, March was named by an FBI report as a Communist on June 8, 1949, the report did not, however, name sources. March appeared before the HUAC but never faced direct Blacklisting. On February 12, 1959, he appeared before a Joint Session of Congress to read the Gettysburg Address as part of a celebration of Lincoln's birthday.

Frederic March succumbed to prostate cancer on April 14, 1975, at the age of 77. His remains were cremated and interred beneath a favorite tree on his Connecticut farm.

On February 8, 1960, a Star on the Hollywood Walk of Fame was dedicated in honor of Frederic March's contributions to Motion Pictures at 1620 Vine St.