"A lazy stream of dreams, where vain desires forget themselves in the loveliness of sleep." A program aimed to aid in sleep, broadcast late at night with WLW station Cincinnati. 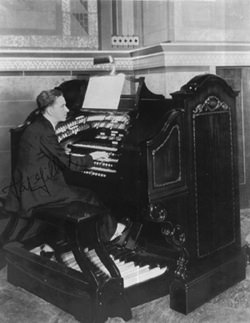 Out of WLW in Cincinnati, Moon River was a local old time radio show that was heard worldwide due to WLW's powerful transmitter (500,000 watts).  During the broadcast of Moon River in the 1930s, WLW earned its nickname, "The Nation's Station".

During the Great Depression, Powel Crosley, Jr., owner of WLW had his producers sign-off program that would be relaxing and induce sleep (it still works). Moon River program included a hypnotic narrator (sometimes yawning), soothing female vocal trio, violin, and the Moon River organ. Rumor has it that the Moon River organ and original transmitter still exist.

The opening and closing song for each show follows: