Choose your CD format
or order disks individually: Add to Cart Add to wishlist
Play a sample episode from January 01, 1930:

"When I See Your Smile" 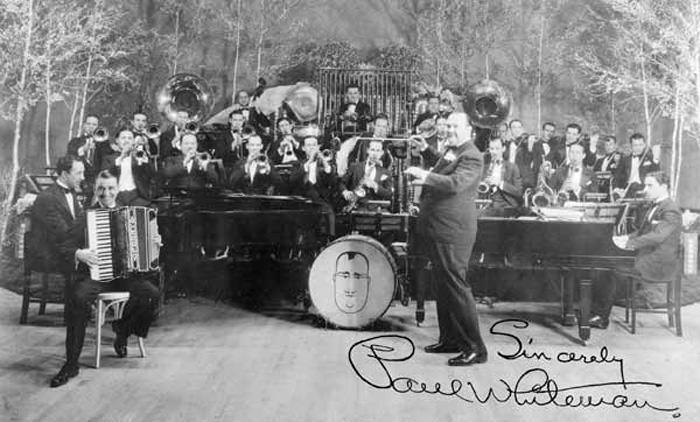 "Love and Music are Immortal"

Two operatic voices remind us of that age old truth, along with the haunting strains of the studio organ, at the beginning of the syndicated filler program The King's Jesters. The announcer tells us that "I am the voice of Love", but before he gives us Love's message, we need to listen to the sponsor's message.

The syndicated fillers were common during the early days of radio, especially on stations broadcasting from the hinterlands. Stations in the Big Cities like New York and Chicago always had plenty of studio talent to perform in short spots. In the smaller cities and towns, it was simpler and more economical to buy prerecorded material from one of the many syndication houses. Some of these programs targeted at specific sponsors which would be found in any community, like a shoe store or haberdasher, while others were more general and could attract a variety of sponsors.

In most syndications, as with The King's Jesters, there is an extended music interlude to allow the local announcer to give the sponsor's message. On Jesters, the message is followed by love poetry or a romantic monologue by the announcer, which segues into a song from our operatic duet.

In the late 1930's The King's Jesters title was taken by a regular remote broadcast from Chicago's Bismark Hotel over the Red Network. Three young musicians from Cincinnati, John Ravencroft, Fritz Barstow and Greg Howard, had a dream of combining their singing with their instruments to form a "vocal orchestra". Arranger Ray McDermott liked their ideas and their sound, and began working with the boys as their accompanist.

Around 1929, Paul Whiteman's The Rhythm Boys were itching to get out on their own, especially their leader, a young man named Bing Crosby. This left Whiteman in need of a replacement act. McDerott and his boys fit the bill, and Whiteman gave them the name The King's Jesters.

When The King's Jesters left Whiteman in 1932, they hired a queen, blues singer Marjorie Whitney. The outfit grew to include seven members by the time they began broadcasting from the Bismark, billed as "America's Biggest Little Band".