The Hour of Decision

Choose your CD format
or order disks individually: Add to Cart Add to wishlist
Play a sample episode from January 12, 1958: 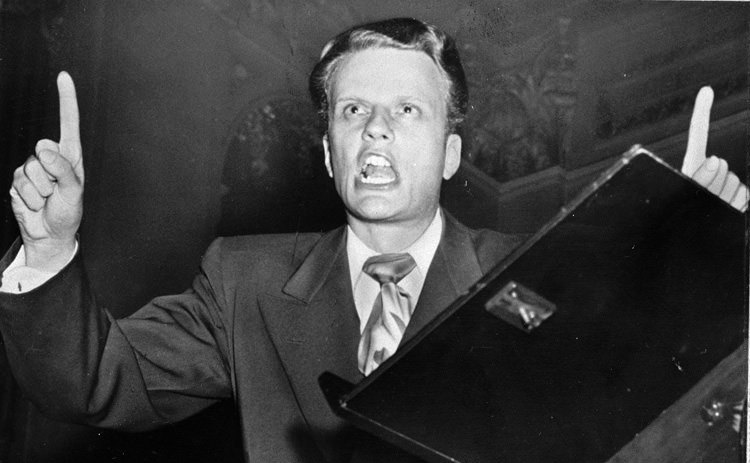 The Reverend Dr. Billy Graham has consistently been listed among the most admired people in the United States and has been called "the Pastor to Presidents". 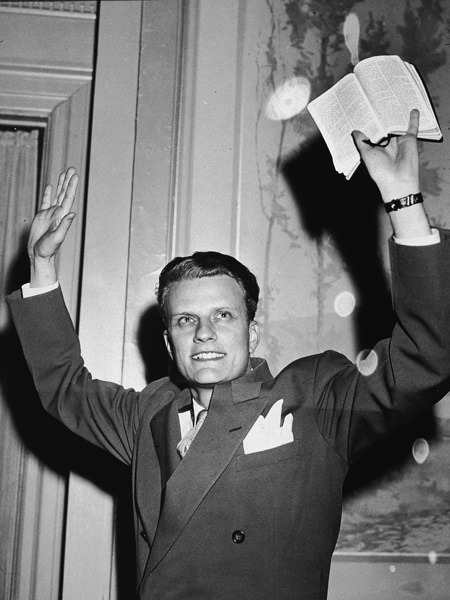 Graham grew up on his father's dairy farm near Charlotte, North Carolina. He was 15 when Prohibition ended in 1933. On that occasion, Graham's father sat his two eldest children down and forced them to drink beer until they were very sick. It was enough to dissuade Billy and his younger sister from alcohol and intoxicating drugs for the rest of their lives.

In 1934, a farm hand convinced Billy to attend a revival meeting in Charlotte with the evangelist Mordecai Ham. Graham stated that his conversion took place over 16 meetings led by Ham.

Feeling a call to the ministry, Graham began attending Bob Jones College in Cleveland, Tennessee. However, he found the coursework and the rules too legalistic and nearly left school after one semester. It was only the intervention of "Dr. Bob", founder of the college, that kept him from "throwing his life away". Jones told him that "You have a voice that pulls. God can use that voice of yours. He can use it mightily." Graham eventually graduated from Wheaton College in Illinois in 1943.

Graham was hired to be the pastor of the First Baptist Church in Western Springs, Illinois, after graduating. (He had intended to commission as a chaplain in the armed services, but contracted the mumps soon after applying.) Graham's friend Torrey Johnson complained that his Chicago radio program, Songs in the Night, was about to be canceled due to a lack of funding. With the support of his Western Springs congregation, Graham took over the broadcast on January 2, 1944.

Reverend Graham gained national attention when he scheduled a series of revival meeting in Los Angeles in 1949. Meeting in circus tents that had been erected in a parking lot, the event was to last three weeks. With the support of the conservative Hearst newspapers, it stretched into eight.

In 1950, the Billy Graham Evangelistic Association was formed in Minneapolis. A centerpiece of the BGEA was the weekly broadcast of The Hour of Decision. Despite the title, the program was 30 minutes music and revival directed by Cliff Barrows and built around a sermon from Reverend Graham. ABC TV carried the program from 1951 to 1954. The program is credited with changing countless lives over the years. 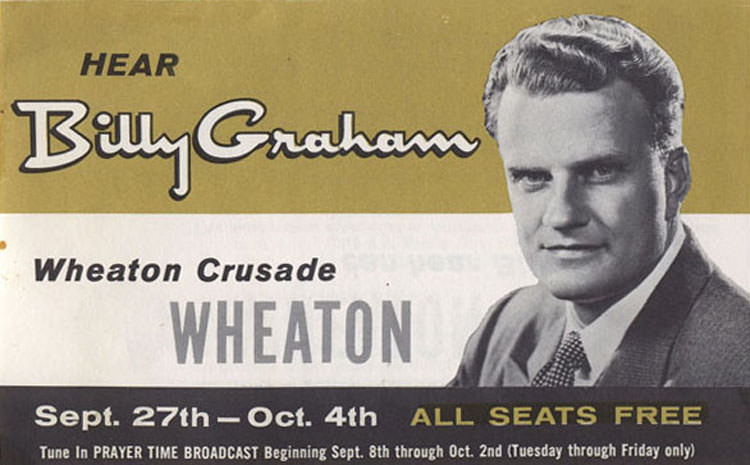