Choose your CD format
or order disks individually: Add to Cart Add to wishlist
Play a sample episode from October 12, 1935:

Sometimes an entertainer comes along who seems to have the ability to make everything they touch turn to gold. One of these miracle workers was Al Jolson. 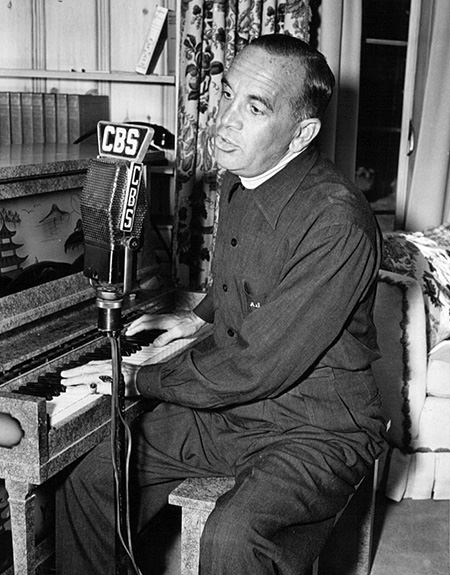 Jolson hit the national spotlight when "the movies learned to talk" in The Jazz Singer(1927). With that much star power, it was only natural that radio would soon be knocking at his door. Chevrolet and Kraft Foods both built programs in the early thirties built around Jolson doing what Jolson does best - entertain people. However, especially with the early Kraft effort, Jolson's other commitments made his appearances somewhat sporadic. The Kraft Program would eventually repackage itself as The Kraft Music Hall and enjoy a long run hosted by Bing Crosby and even Al Jolson again.

The Shell Oil Company began looking for a radio presence for the 1935 season, and turned to the J. Walter Thompson agency, the creators of The Chase and Sanborn Hour, The Fleischmann's Yeast Hour and The Kraft Music Hall. The agency gave the project to writer/producer Carroll Carroll.

Carroll came up with the unusual title of Shell Chateau knowing that the sponsor wanted to have their name featured prominently, and feeling that Chateau gave the variety program the feeling of coming from an exotic location. In fact, Los Angeles was exotic enough for most of the show's listeners. The show has been called "typical Depression fare", with "five acts and Jolson". The general format for the hour long show was Jolson with an opening/warm up song, some comedy, another song, a number by the musical guest, Jolson singing again, the station break, and so on. Fans of The Rudy Vallee Show or Edgar Bergen and Charlie McCarthy on The Chase and Sanborn Hour will feel right at home.

Jolson would find himself in other projects halfway through the second season of Chateau, and the series would struggle on with other hosts, but without Jolson, ratings dropped. The program did enjoy a healthy selection of guests, including Otto Kruger, Boris Karloff, Judy Garland, Deanna Durbin, Wallace Beery, Cab Calloway, Henry Fonda, Sonja Henie and many others.