Music By and For Americans

Jazz is an American art form that has been well studied and analyzed because of its international appeal. Country music shares many of the same influences and origins as Jazz. 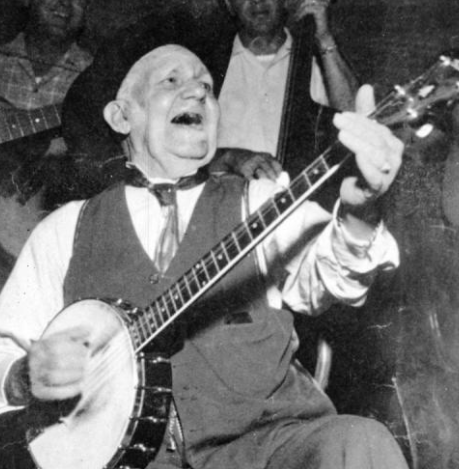 Jazz finds its roots in the African American Experience while Country origins are predominantly White. Both began as expressions of joy and sorrow for impoverished and down-trodden immigrant communities trying to adapt to their stations in a new homeland. Both Jazz and Country were developed using whatever instruments were available.

Simple percussion in both cases, using whatever was available to pound on rhythmically. Jazz developed on cast-off military band instruments left in New Orleans at the end of the Spanish American War. The people living in the hilly regions of the Appalachians, Ozarks, and Great Smokey Mountains of the Inland South relied on more "portable" instruments like guitars, fiddles, mandolins, harmonicas, banjos (which were, in fact, of African origin), and dulcimers which could be crafted locally.

The widespread acceptance of both Jazz and Country resulted not only from the growth of recording technology but from the migration of poverty-stricken Southerners, both White and Black, toward the economic opportunities of the Industrialized Northern Cities. Jazz found acceptance by white Northerners, while Country mostly appealed to the community where it originated. 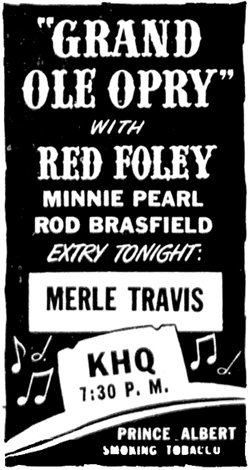 The migration from the British Isles to the New World occurred in many stages. The Eastern seaboard was quickly filled and later migrants, often of poorer means, arriving in the 17th and 18th centuries were often forced to seek the land where they hoped to make their fortunes inland in the mountain regions of Appalachia.

Sadly, what land was available in the mountains was rarely suited to profitable farming. The poor soil might yield a living for a hard-working family, but not much else. However, the people who settled in these regions had the culture of music, family ties, and strong religious faith to keep them strong. According to The New York Journal in an article from 1900, "a Hill-Billie is a free and untrammeled white citizen of Alabama, who lives in the hills, has no means to speak of, dresses as he can, talks as he pleases, drinks whiskey when he gets it, and fires off his revolver as the fancy takes him". This popular perception ignores the deep cultural and religious beliefs of the region.

One of the earliest successful County or "Hillbilly" acts was The Carter Family of southwestern Virginia. A.P, and Sara Carter, along with sister-in-law Maybelle would have bristled at the Journal's description of their character, having begun their musical traveling to play in churches throughout the central Appalachian region.

On August 1, 1927, the Carters traveled to Bristol, Tennessee, where they auditioned for producer Ralph Peer at the new Bristol recording Studio. Peer paid the group $50 for each song they recorded, as well as a half-cent royalty on every record sold. The Carters had sold more than 300,000 records by the end of 1930 and would be a major influence on Jimmie Rogers, Carl Perkins, Hank Williams, and Johnny Cash, as well as the Grand Ol' Opry.

Barn Dances on the Air 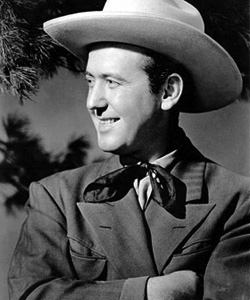 Besides church services, another popular venue for musicians in the Appalachian region was the Barn Dance. A relatively well-to-do farmer would clear out the largest structure on his property, erect an improvised stage at one end, and invite or hire fiddlers, singers, and other players to entertain the neighbors and friends in a highly anticipated social event. A barn dance was, of course, much less formal than a church service, but was still an occasion to don your best clothes and, perhaps, met eligible suitors. A fun but relatively wholesome affair, the barn dance became a staple of mountain social life.

The National Life & Accident Insurance Company of Nashville, Tennessee, tried broadcasting the feel of a barn dance from their fifth-floor studio on the WSM Barn Dance, which would soon evolve into The Grand Ol' Opry. One of the longest-running programs in broadcast history, the Opry with its blend of Country, bluegrass, and gospel music along with skits and jokes.

The Opry got its name in reaction to a selection of grand opera music which the Red Network scheduled before the Barn Dance broadcast in 1927. The show became the focal point of the Country Music world, with regular performers considered the elite of the music industry. Opry members include The Carter Family, The Delmore Brothers, Bob Wills, Jimmie Rogers, Roy Acuff, Bill Monroe, The Duke of Paducah, Eddy Arnold, Ernest Tubb, The Bailes Brothers, Jimmy Wakely, Red Foley, and many other Old Time Radio favorites. 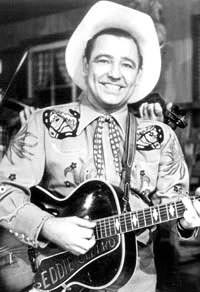 Further West, in the region which had been the American Frontier, there was a greater economic opportunity, which attracted settlers from all over, including Appalachia. These former Hillbillies were not the only ones to bring their musical traditions to the West, what would become Western Music was a blend of Hillbilly, African American, Mexican, Texas-German, and other influences.

Central to the Western identity is the myth of the American Cowboy. One part of that myth tells of cowboys on a trail drive, riding around the herd at night while singing soothing ballads to keep the cows calm and prevent stampeding. A more authentic source of Western Music might be found at the end of the trail where the freshly-paid cowboy enjoyed the musical offerings in the "big city" saloons.

Even further West, Hollywood became fully invested in the Cowboy Legend. Action-packed Western films could be expensive to produce, so the studios created the Singing Cowboy. Western films were popular enough that Singing Cowboys like Gene Autry and Roy Rogers were able to sell millions of records. Even Bing Crosby recorded numerous Cowboy songs.