A country boy who rose to fame in the Southern California Country Music scene, Tennessee Ernie Ford won an important place in the history of Rock & Roll. 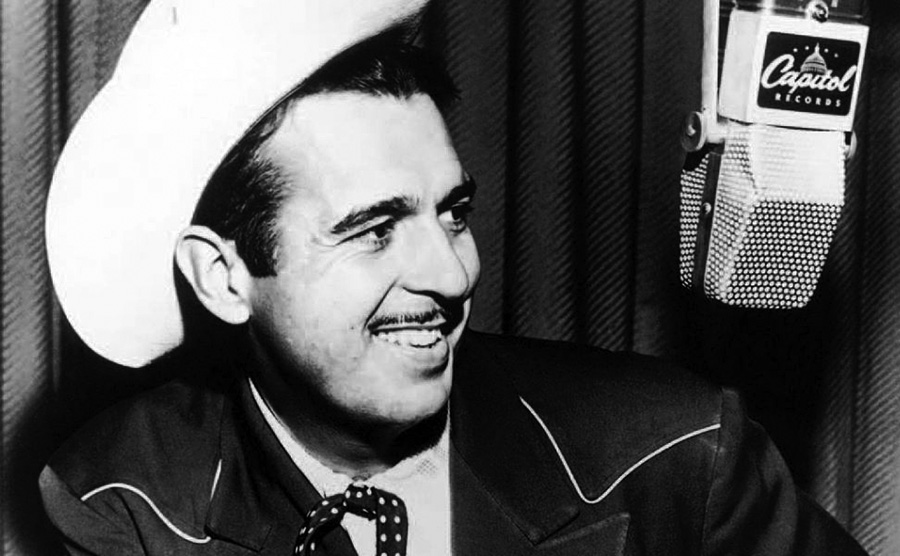 One of the controversial elements of the Rock and Roll movement was due to how well the music lent itself to rebellion. Most often, the rebellious attitude was limited to youngsters wanting their parents to let them have some unsupervised fun, but in the traditions of Folk Music which influenced the genre, Rock & Roll Rebels were not afraid to take on important social and political issues. 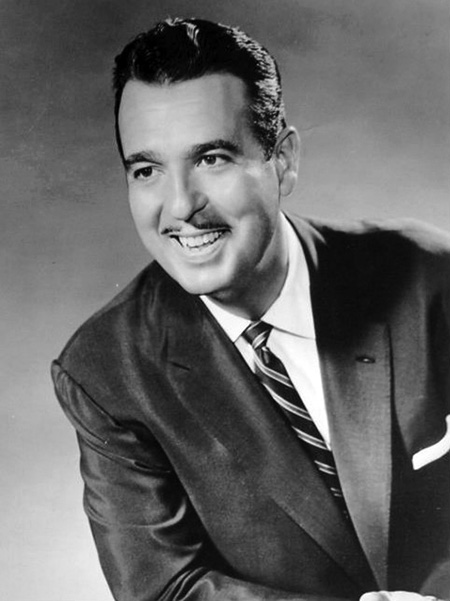 One of Rock's earliest protest songs is "Sixteen Tons" written by Country and Western pioneer Merle Travis. The song is based on the Travis family's experiences as exploited miners in Muhlenburg County, Kentucky, many of the song's most indelible lyrics came from letters written by the composer's family. Travis first recorded the song in 1947 for Capitol Records but it didn't take off until 1955 when Tennessee Ernie Ford cut the song for the "B Side" of "You Don't Have to Be a Baby to Cry".

Travis's original cut of the song stayed true to the singer's Hillbilly roots and the distinctive "Travis Style" of guitar fingerpicking (which can be traced to a Ragtime influence). The finger-snapping and clarinet-driven Ford version appealed to the popular stylings which were beginning to flood the Disk-Jockey formatted radio market. On future TV appearances on The Grand Ol' Opry, Travis would adopt the clarinet arrangement, but by then the number had become Tennessee Ernie Ford signature song.

The personality who started life as Ernest Jennings Ford in Bristol, Tennessee, February 1919, probably didn't need a "signature song" to make the jump from the "B" to the "A-List" of the entertainment world, but the million-selling recording certainly helped. Ernie's talented bass-baritone-voice first received notice in high school, and he was able to parley his music teacher's recommendation into a singing and announcing gig at WOPI Bristol, which he left in 1939 to attend the Cincinnati Conservatory of Music. However, before he had a chance to capitalize on his classically trained voice the Country found itself embroiled in the Second World War.

First Lieutenant Ford served as a B-29 Superfortress bombardier on Army Air Corps missions over Japan. As the War came to a close, he was assigned as a bombing instructor at George Army Airfield near Victorville, California, about 75 miles northeast of Los Angeles. After mustering out, Ford remained in Southern California, finding work at radio stations in San Bernardino and Pasadena. While hosting an early morning Country and Western disk jockey program at KFXM San Bernardino, he invented the exaggerated hillbilly character of "Tennessee Ernie" who often sang along with the records he was playing. His growing popularity had him hired away by KXLA Pasadena where, in addition to the Tennessee Ernie Show (which the station put into nation-wide syndication) he appeared as a vocalist on Cliffie Stone's live Dinner Bell Roundup program. Stone was a part-time talent scout for Capitol Records and signed Ford with the label in 1949.

The popularity of the "Tennessee Ernie" character was noticed by the folks at Desilu Studios, and Ford was cast as Cousin Ernie for three episodes during the third and fourth season of I Love Lucy. Performing with and even upstaging "America's Favorite Redhead" put Ford in the national spotlight but "Sixteen Tons" made him a Star.

Ford had become friends with Merle Travis when they both performed on Cliffie Stone's Hometown Jamboree, and he learned "Sixteen Tons" at that time. Seeing his success on Lucy, Capitol was anxious to have Ford cut another record to fulfill his contract. The Label thought that the A-Side was going to be Ford's biggest hit to date but considered "Sixteen Tons" on the B Side a "throwaway". Disk jockeys across the country quickly recognized the song's serious, even bleak imagery as an alternative to the syrupy ballads which had been dominating the pop charts. Billboard listed it as Number One on the Pop Music Chart for six weeks (Number one of the Country Charts for ten weeks). 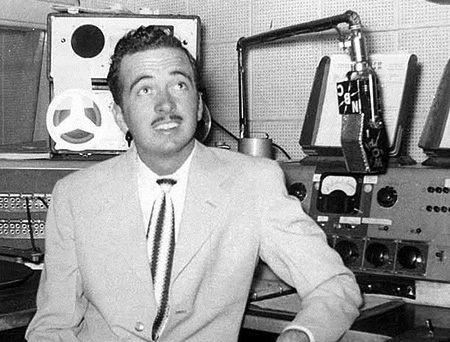 In addition to his experience on I Love Lucy, Ford was the host and quizmaster for an NBC revival of Kay Kyser's Kollege of Musical Knowledge in 1954. Hired because of his success with "Sixteen Tons", ford's biggest TV triumph was The Ford Show beginning in 1956. The show's title caused some confusion, it was named for the sponsor, the Ford Motor Company; Ernie was not related to the Henry Ford clan. Despite his artistic status, Ford butted head with the producers over "creative differences". He insisted on closing each episode with a religious of spiritual song, while the network executives feared that it would cause unneeded controversy. Ford won out, only eighteen of the 121 episodes closed with a secular tune, and the religious offering proved to be one to the program's most popular elements. The Ford Show aired until the end of the 1961 season.

President Reagan awarded the Presidential Medal of Freedom to Tennessee Ernie Ford in 1984. Three Stars on the Hollywood Walk of Fame have been dedicated honoring Tennessee Ernie Ford; one at 6922 Hollywood for Contributions to the Recording Arts, another at 6311 for Television, and for Radio at 1600 Vine Street. After attending a White House State Dinner hosted by President George H.W. Bush in September 1991, Ford suffered liver failure at Dulles International Airport and was rushed to Reston Hospital in Reston, Virginia. On October 16, 1991, Tennessee Ernie Ford succumbed to complications due to his liver condition. It was exactly thirty-six years from the release of "Sixteen Tons". He was 72 years old.