country music at its prime as performed by Mother Maybelle and The Carter Sisters with June Carter. 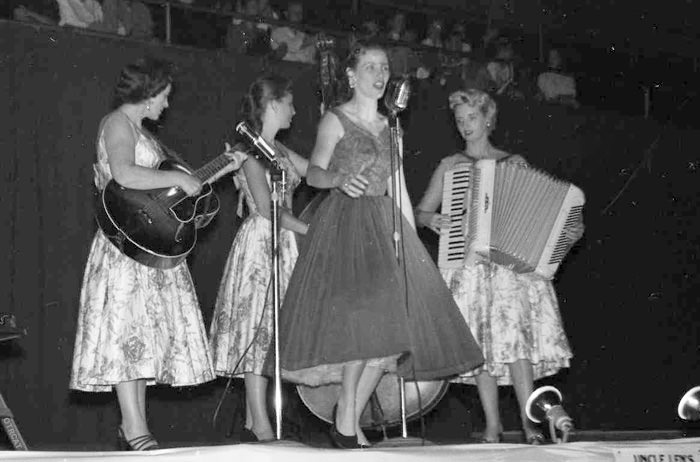 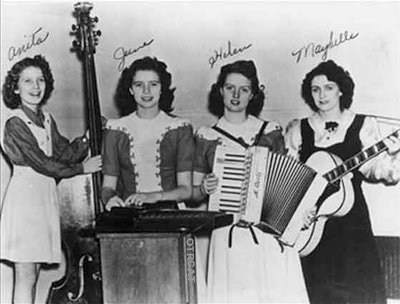 "It's time for the Carter Sisters, Mother Maybelle, Chet Atkins and his famous guitar...[music up]... and now folks, here she is, that little rocket, ...full of words, June Carter."

The radio debut of the "Mother Maybelle and the Carter Sisters" was in June 1943 over Station WRNL aired in Richmond, Virginia. After a few months, Maybelle's brother Doc Addington, and her cousin Carl McConnell (known as the Virginia Boys) joined the show. The announcer for the show here was Ken Allyn. In September 1946, the Carter Sisters transferred to Station WRVA, still in Richmond, through the program Old Dominion Barn Dance of Sunshine Sue Workman. The Virginia boys was not with them anymore. In 1948, the group moved to Knoxville, Tennessee. Here, they performed in the Tennessee Barn Dance in the evenings and in the Mid-day Merry Go Round during the day.

After the announcer's cheerful introduction, the Carter Sisters Radio Show continues with the announcer's light-hearted exchange with funny-girl June Carter. At times, June would respond to a joke or tells it herself. Words about the sponsor follow, repeated two to three times more during the program. Some of the products endorsed include the Southern Planter Farm Journal, Martha White, and Red Star Flour. Every song performed as solo or by the quartet would then be introduced with June Carter sharing insights about the song. Chet Atkins' guitar prowess is likewise given importance in the program, with him providing accompaniment and performing solo numbers.