Combat at Sea comes with very high stakes, those who volunteer to engage in it for their Country are heroes of the highest order. 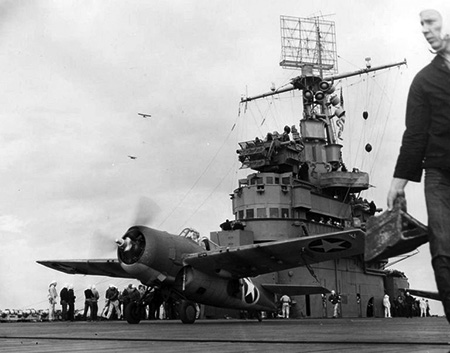 Anyone who has spent time in a Navy town knows that there are several forms of untruth. There are Lies. There are Damn Lies. And, there are Sea Stories.

Another important lesson we learn from Sailors is that just because something is fictional does not mean it is not the truth. Sailors, particularly Military Sailors, are a superstitious lot, with good reason. Death can reach out and snatch them easily enough in the dangerous shipboard environment, the knowledge that an enemy is out there who means them harm would drive anyone to distraction.

Another striking difference between Land Warfare and Battle at Sea is the role of the individual. Success in combat requires a team effort (which is why Americans are so good at it). In land warfare, the entire unit must be focused on winning the objectives. There are bound to be casualties on both sides, but there will also be survivors. At sea, the entire enterprise depends upon the decisions of a single individual, the Captain of the ship. In battle, the Captain does not steer the ship, set the sails, operate the engines, or aim or shoot the guns, but it is his decisions, and his alone which affect the outcome of the Battle. What's more, the lives of his entire crew, and not just those pulling the triggers but everyone from the topmast to the bilge of the engine room, depend upon his decisions and leadership.