No individual until the rise of Adolph Hitler had as much impact on the political landscape of Europe than Napoleon Bonaparte. 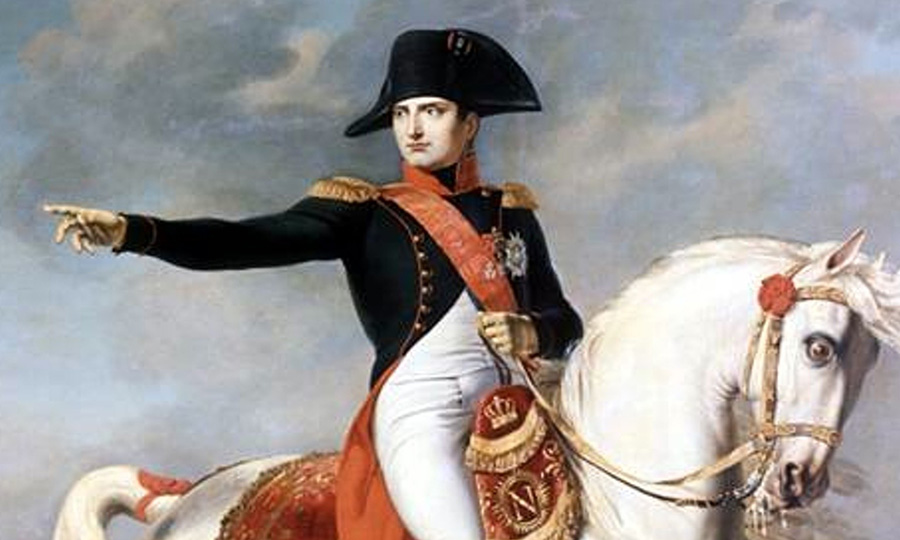 No individual until the rise of Adolph Hitler had as much impact on the political landscape of Europe than Napoleon Bonaparte. Hitler and Napoleon are often regarded as evil influences in their respective times. There are some astounding similarities between the two leaders, but there are telling differences as well. Both used the chaos of their times to rise from relatively low stations to ultimate leadership in their respective nations. Both ruled with "an iron hand" and led their military forces to near total domination of the European continent, and ill-advised invasions to Russia proved the downfall for each of them. Their reigns each resulted in the deaths of millions.

Hitler's actions nearly brought European civilization to an end. His military successes were the result of audacity, amateurish good luck, and the support of a very professional and effective General Staff whose advice he shunned as his success grew. Despite Napoleon's thirst for conquest, his rise to power quieted the internal terror of the French Revolution, brought glory to France, and his reforms ultimately became the foundations of modern European civilization. 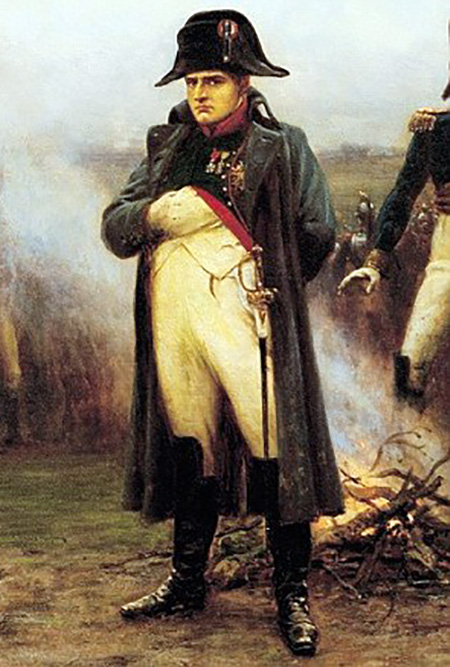 In Old Time Radio we face two distinct and different Napoleons. The most common and arguably more important version is the Historical Napoleon Bonaparte. This character is based on historical facts and records. Historical Napoleon appears in recreations of historic events and in fictional stories which take place in Bonaparte's life time. Stories like Horatio Hornblower use Historic Napoleon to explain the situations the protagonist finds himself in. Historical Napoleon more frequently appears in biographical and historical sketches. These are meant to be educational as well as entertaining, and often will bolster or refute the existence of Caricature Napoleon.

Caricature Napoleon is based more on the man's reputation than his actual deeds or accomplishments. This is the Napoleon who appears in CBS Workshop's "The Plot to Overthrow Christmas" and who a con man convinces the main character that he is related to on The Allen Young Show. Caricature Napoleon is a tool of propagandists because he is so readily identified with often evil historical figures, but to truly understand the Caricature Napoleon, we should study Historical Napoleon.

Napoleon Bonaparte was born into minor nobility on the island of Corsica, 1769, about the time that the island was ceded by the Republic of Genoa to France's Louis XV to repay monetary debts. Bonaparte's father was an attorney who was appointed to represent Corsican interests at the court of Louis XV. One of the financial benefits which came with the appointment was that he could send his two oldest surviving sons, the elder Joseph and Napoleon, to military school in France. Napoleon was just nine when he entered the Academy, but he distinguished himself in history, geography, and mathematics. He graduated in 1785 and was commissioned as an artillery officer. By the time the French Revolution broke out, Napoleon considered himself a fervent Corsican nationalist. He spent the early years of the Revolution on Corsica, engaged in the complex three-way struggle between royalists, revolutionaries, and the Corsican nationalists. He was promoted to Captain in the regular army in 1792, and a year later broke with the nationalists and moved his family to mainland France.

Napoleon was given command of the Republican artillery forces at the Siege of Toulon and drove the British from the port. He was promoted to the rank of Brigadier General at the age of 24 and became friends with the Robespierre brothers, two of the leaders of the French Revolution. Along with the promotion came command of Armée d'Italie, a French force stationed at the Italian frontier. While was part of the First Coalition, an alliance of European powers which opposed the French Revolution.

While Napoleon was campaigning in Italy and Austria, the Robespierre brothers fell from power and were guillotined. The new government, known as the Directory began planning to invade Great Britain, and offered Napoleon the honor of leading the expedition. Napoleon knew that the French Navy was no match for the Royal Navy and a cross-channel adventure was doomed. Instead, he championed an expedition to Egypt, which would drive the British out of the Eastern Mediterranean and disrupt their communication with India. The Egyptian Expedition included a number of scientists and discovered the Rosetta Stone. The French enjoyed military success on the ground but the Royal Navy under Horatio Nelson destroyed the French fleet, effectively cutting the Army off from supplies and retreat. 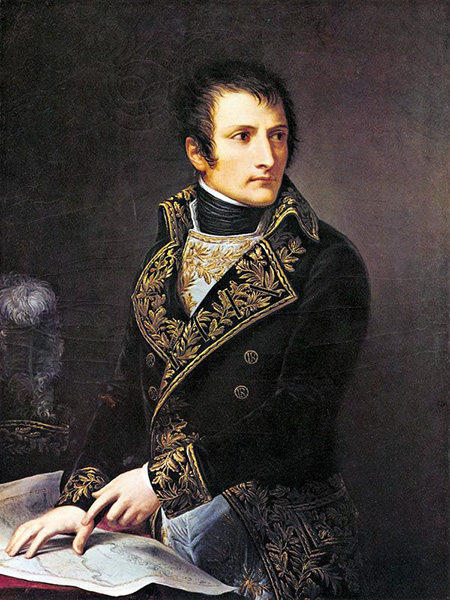 Bonaparte kept informed of conditions in Europe and realized that the Directories forces were facing defeat at the hands of the Second Coalition. He essentially abandoned his command in Egypt to make were turning in France's favor, but the Directory had bankrupted the Republic. Napoleon joined a group which staged a coup d'état. A new constitution was written that seemed to preserve the Republic but actually made Napoleon dictator of France.

Although the legitimacy of his rule was questionable, the reforms Napoleon put in place would benefit France. The country regained stability after the excesses of the Revolution and brought reforms to the banking and education systems. He also developed the Napoleonic Code, which is still the basis of the French civil law today. To fund future wars which he knew were inevitable, in 1803 Napoleon sold the Louisiana Territory in North America to the newly formed United States. In 1804, Napoleon had himself crowned as the first Emperor of France.

Horatio Nelson effectively destroyed the French Navy at Trafalgar in 1805. Emperor Napoleon had enough success on the ground that in 1806 he began to conduct economic warfare against the British by establishing trade blockades against British ships at most of the major ports in continental Europe. The Continental System, as the blockades were known, were resented and violated widely, but Tsar Alexander I completely withdrew Russia from the system. In retaliation, Napoleon mounted an expedition which invaded Russia in the summer of 1812. The Russian Army refused to be drawn into any direct engagements until the French stood before the gates of Moscow in September. In what would be the bloodiest battle in history at the time, the Russians lost 44,000 men and the French 35,000. Retreating beyond Moscow, the Russians left nothing of value in the city for the conquering French. With no support and rumors of discontent in Paris, the Grand Armée began to retreat, but the Russian forces which let the French into the country virtually unopposed harassed them mercilessly as they retreated. As few as one-in-ten of the French troops that invaded Russia left alive.

While Napoleon was engaged in the Russian fiasco, the Spanish and Portuguese formed a coalition with the British which drove French forces from the Iberian Peninsula. Austria, Prussia, Russia, and Sweden joined the coalition in the Peninsular War, and when Emperor Napoleon retreated to Paris he was forced to abdicate. He was exiled to the tiny island of Elba off the coast of Italy in 1814, but he managed to escape less than a year later. 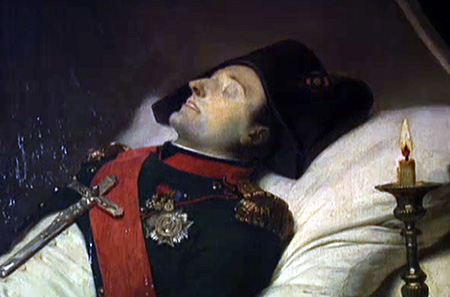 With Napoleon's supporters awaiting his return to France, Louis XVIII fled to Belgium. The United Kingdom, Russia, Austria, and Russia all pledged to field armies to remove Bonaparte from power. The French Emperor went on the offensive, hoping to drive a wedge between the forces allied against him. After attacking the Prussian force, his army went after the British who were led by the Duke of Wellington. Wellington's forces withdrew to Waterloo. When word reached the Duke that the Prussians would return to the field, the British made a stand which led to the defeat of the French.

Napoleon abdicated a second time, this time he was exiled to the island of St. Helena in the South Atlantic. Here, his health began to rapidly deteriorate, and he died in 1821.