Ray Milland got his big break in The Jungle Princess with sarong-clad Dorothy Lamour and late became a screen legend in 1945’s Lost Weekend.

Choose your CD format
or order disks individually: Add to Cart Add to wishlist
Play a sample episode from May 01, 1949: 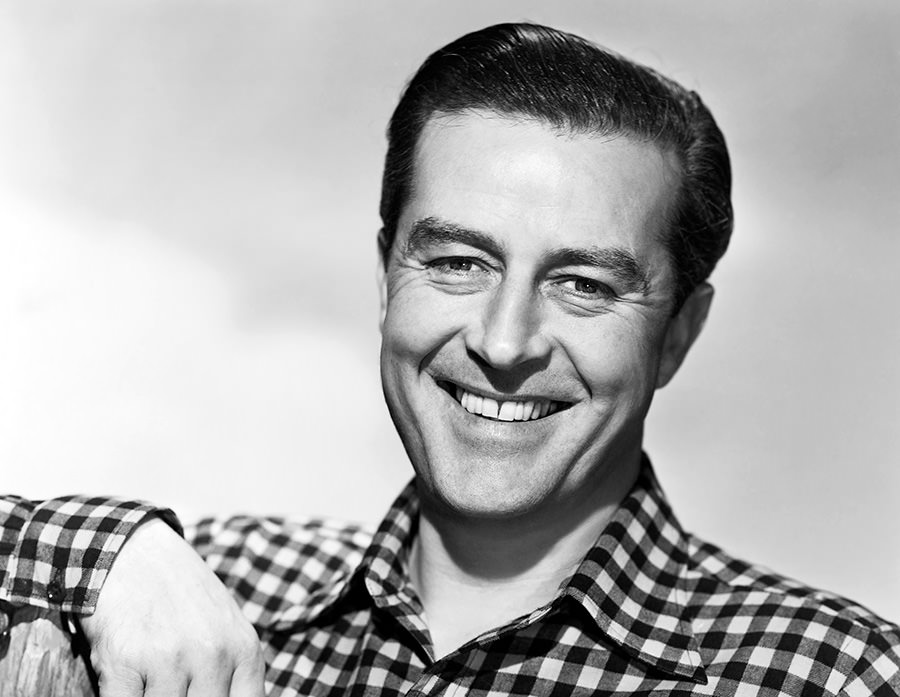 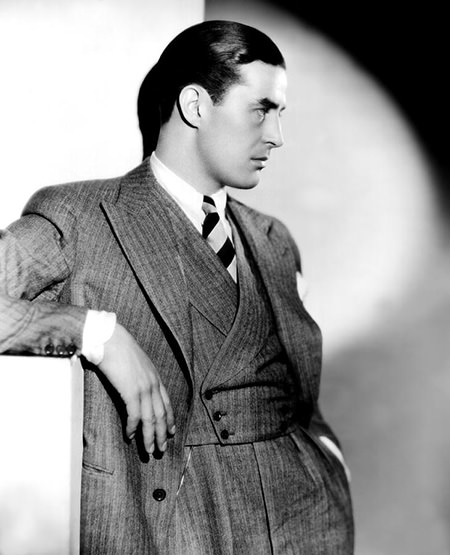 Sometimes an entire career is defined by a change of direction mid-stream. Until 1945, Ray Milland had been type-cast in a series of "light-weight" leading man roles, capitalizing on his good looks and natural athleticism. He had become a bona fide Hollywood star in The Jungle Princess (1936), the same picture which launched Dorothy Lamour’s sarong-clad fame. He continued to win the girl on-screen (and hearts in the audience in pictures like Bulldog Drummond Escapes (1937), again with Dorothy and the sarong in 1937’s Her Jungle Love and Tropic Holiday, French Without Tears (1939), and with Ginger Rogers in The Major and the Minor (1942). He even got the best of John Wayne in a fist fight in Cecil B. DeMille’s Technicolor adventure Reap the Wild Wind (1942), and got the girl!

The pinnacle of Milland’s career came in 1945’s Lost Weekend, the story of a promising writer who loses himself in the depths of alcoholism. Realizing that such a project would require "serious acting", Milland threw himself into the role, even spending a night as a patient in New York’s Bellevue Hospital with patients suffering from delirium tremens. He would go on to win the Best Actor Oscar for the role.

Milland was born Alfred Reginald Jones, January 3, 1907, in Neath, Wales. An athletic lad, he grew up traipsing the Welsh countryside and learned to ride on his uncle’s horse breeding farm. At 21, he joined the prestigious Household Cavalry (one of the units which personally guard the Royal Family), where he improved his equestrian skills and developed into an expert marksman. While stationed in London, he was befriended by American silent film actress Estelle Brody, who talked him into taking some minor film roles.

His first serious film work came when a German marksman hired to work on The Informer (1929) was hit by a London bus. The producers asked the War Department for help to find a replacement, and gave him an audition where they handed him a rifle, drew a chalk circle on the wall around a half dollar, 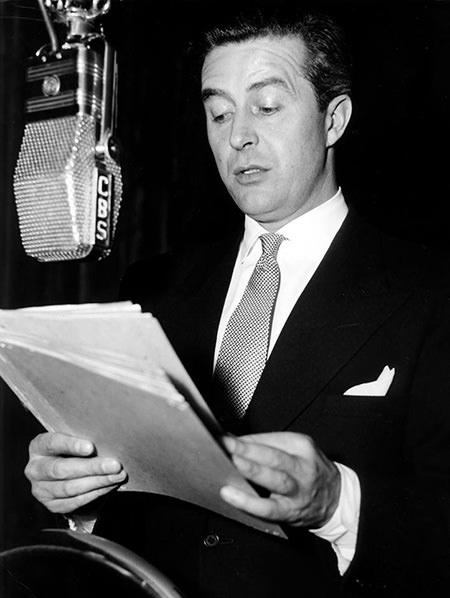 and asked him to take his best shot. In 10 seconds, he put 11 rounds in a group which could have been covered by a quarter.

The director working in the next studio was impressed with the dashing young actor and hired him for the railroad adventure The Flying Scotsman (1929). The film is claimed to be one of England’s earliest full sound pictures, released about the same time as Alfred Hitchcock’s Blackmail. It was also about this time that the actor changed his name to Milland, taken from the mill lands area near Neath. He was going to adopt the first name Jack, but was told in Hollywood "only dogs are named Jack". Instead he chose Ray as the shortest first name he could think of.

Hollywood would call soon enough after a MGM executive saw The Flying Scotsman and offered Milland a nine month contract which would be extended to two years, even though the studio found little work for him other than as a stock player. While in California, Ray met and fell in love with a pretty USC coed, Muriel Weber. Milland called her Mal and the couple married on September 30, 1932, just eight months after meeting.

However, MGM soon dropped his contract, and unable to find work, Milland returned to England while Muriel stayed to complete her education. Work was no easier to find in England, but Roosevelt’s banking reforms devalued the dollar enough to make a return to Los Angeles an affordable option. At first he was willing to take whatever menial jobs he could find, including working for a bookie. Through connections in Britain, he was offered a position as assistant manager at the Shell gas station on Sunset and Clark.

Walking home from the interview he passed the gates of Paramount Studio, where he was intercepted by casting director Joe Egli. The picture Bolero was in production, but an injury to the actor playing the Englishman meant the studio needed a replacement. The short term Paramount job was not as secure as the gas station, but the pay was ten times greater! 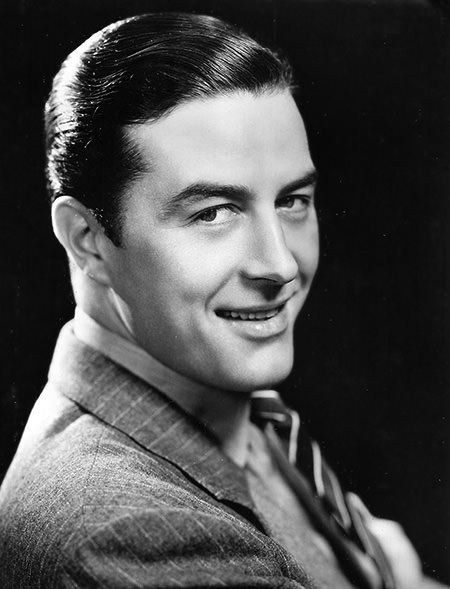 After Bolero, Ray was offered a five-week contract as a supporting player in Bing Crosby’s screwball comedy We’re Not Dressing (1934). During a scene with George Burns and Gracie Allen, Ray began ad-libbing dialog, which impressed the director enough that Milland was offered a long term contract.

The steady income allowed Ray and Muriel to move into a nicer apartment while he went through an apprenticeship of sorts. He was working steadily, but always in supporting roles until he was called to be the test actor for The Jungle Princess. When Dorothy Lamour was cast, she did not realize that Milland was just a test actor, and requested that he become her co-star.

The intense work on Lost Weekend took a toll on Milland’s home life, and after the film wrapped he and Muriel took a vacation to Canada. The Oscar win cemented his status as a leading man. In 1954, he appeared in Hitchcock’s Dial M for Murder with Grace Kelly. It became an open secret that Milland and Kelly were carrying on an affair, although neither publically admitted to it. Supposedly, there were plans for Ray to get a divorce so that he and Grace could marry, but Muriel lowered the boom by reminding him that all the property was in her name and he would come out on the short end of the proceeding.

Milland found mixed success on TV. He starred in the detective series Markham but failed to capture an audience even though it followed the hit Gunsmoke. Realizing the his looks were fading with age, his transitioned into character roles. He played Ryan O’Neal’s father in Love Story (1970).

In 1986, Ray Milland died of lung cancer in Torrance, California. He was 79 years old. Two Stars on the Hollywood Walk of Fame were placed in his honor, one at 1621 Vine St for Motion Pictures, and another at 1634 Vine St for Television.