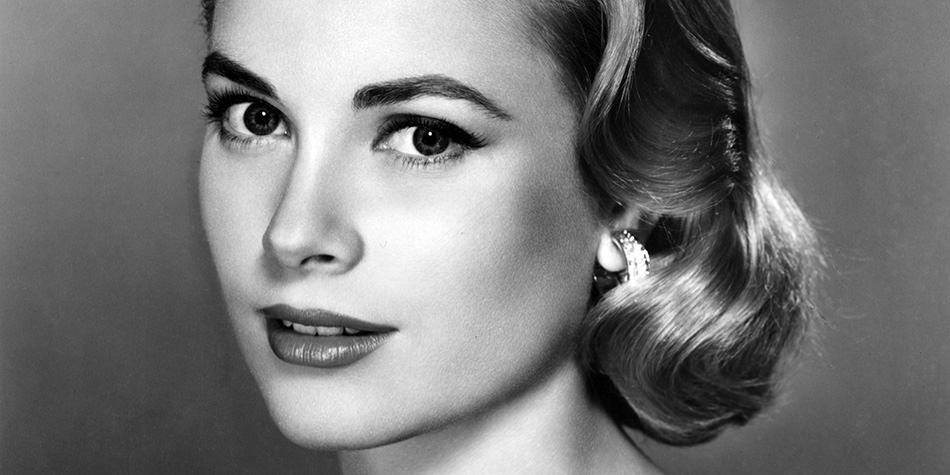 America was founded on the ideals of democracy and the rejection on monarchist rule. It is ironic that Americans are so fascinated by the idea of royalty. In fact, if you were to ask any little girl who dreams of growing up to be a movie star you would find out that what most of them are really wishing for is to become a real-life princess. 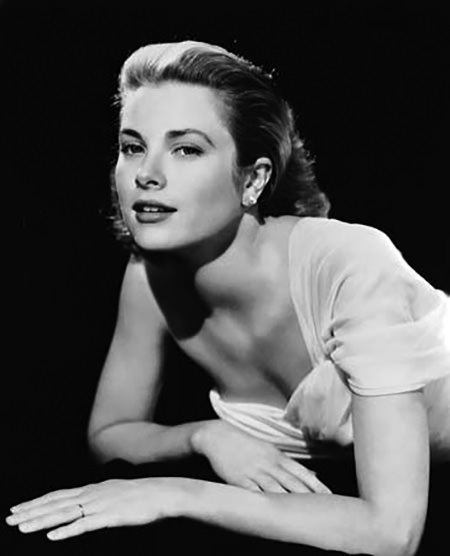 As rare as opportunities for movie stardom are, there are almost no openings for a real live princess. As unlikely as these dreams seem, they both came true for a pretty girl from Philadelphia named Grace Kelly.

Grace was the third of four children born to self-made millionaire John Kelly Sr. Kelly had won three Olympic Gold medals for rowing, and then founded a brickwork contracting company that was known up and down the Eastern seaboard. Grace was named for her father's youngest sister who died in infancy.

At the age of twelve, Grace began fashion modeling at social events with her mother and sisters. While attending the prestigious Ravenhill Academy, a Catholic school for girls, Grace began appearing in student productions. She was rejected from Bennington College because of low scores in mathematics and decided to try acting as a career. This greatly upset her parents, especially John Sr., who declared that acting was "a slim cut above streetwalker". Harsh words considering that one of his brothers was a prominent Vaudevillian and another was a renowned playwright and director. In fact, her uncle George Kelly was influential in helping Grace get into the American Academy of Dramatic Arts. By the age of 19, Grace was appearing on Broadway which led to a stint in live dramatic television roles and eventually the movies.

Grace made her film debut in the film noir hit Fourteen Hours (1951), beating out Anne Bancroft for her role. The critics pretty much missed Grace in the picture, but she was noticed by well-known star Gary Cooper when he visited the set. She realized that she lacked the "vocal horsepower" for an extended career on the stage, so was more than thrilled to receive an telegram from the producer of Cooper's next film, High Noon (1952), offering her the role as Cooper's wife.

Director John Ford was impressed with Grace's "breeding, quality, and class" and she was offered a seven-year, $850/week contract. She accepted with the provisions that she would be given time off every two years to do live theater and she would be allowed to live in New York City. Her first project after High Noon took her to Nairobi with Ford and Clark Gable to film Mogambo (1953). Her classy blond good looks made her a natural for Alfred Hitchcock, and she made three films with the Master of Suspense, Dial M for Murder (1954), Rear Window (1954) and To Catch a Thief (1955). Hitchcock was eager to continue their collaboration, but then a Prince came into Grace's life. 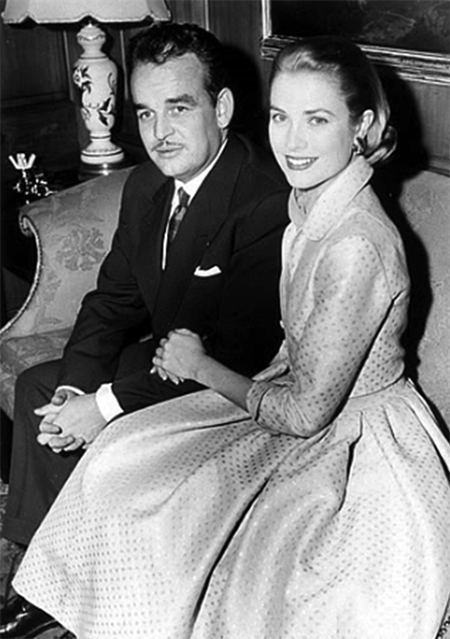 The government of France invited Miss Kelly to attend the 1955 Cannes Film Festival, and she was more than happy to accept. Her latest picture, The Country Girl with James Stewart, was to be shown at the Festival, and she had enjoyed a wonderful summer the previous year while filming To Catch a Thief on the French Riviera. At the Festival she was introduced to Prince Rainier III of Monaco who immediately invited her to be photographed at the Palace of Monaco. The Festival was in April, and when Grace returned to America to begin filming The Swan (1956, in which she played a princess) she began a discreet correspondence with the Prince.

In December Rainier came to America, officially for a sightseeing trip, although by treaty if he did not produce an heir Monaco would revert to France. He did manage to find time to visit Grace and meet her family. He proposed three days later and the Kelly's agreed to pay a $2,000,000 dowry (who knew that a future princess had to pay to marry her prince?) Preparations for "the Wedding of the Century" began immediately. The Palace of Monaco was painted and redecorated, and the American side of the wedding party boarded the liner SS Constitution for the eight-day voyage to Monaco. The Grimaldi's were wed in a civil ceremony on April 19, 1956, and a religious ceremony the next day. Princess Caroline was born nine months and four days after the ceremony.

Grace's movie career was effectively over once she became a princess. Hitchcock offered her the lead in Marnie (1964), and she was tempted to take the part, but the citizens of Monaco were aghast that their princess would be playing a kleptomaniac, and the part went to Tippi Hedren. With acting no longer a part of her life, Princess Grace dedicated herself to philanthropy and promoting the arts in Monaco.

On September 13, 1982, while driving back to Monaco from her country home, Grace suffered a mild stroke and lost control of her automobile. She was transported to the Monaco Hospital where doctors fought to control internal bleeding with surgery and conducted CAT scans to determine brain damage. The injuries were determined to be irreparable, and the next evening Grace was taken off life support. She died at the age of 52. Rainier did not remarry and was laid to rest next to Grace in 2005.

Grace Kelly's work in Motion Pictures is honored by a Star on the Hollywood Walk of Fame at 6329 Hollywood Blvd. Her son, Prince Albert, is the current ruler of the Principality of Monaco.