Known for his swaggering masculinity and paper-thin mustache, Gable is one of the top film actors of all time. This collection includes Clark Gable's old radio shows appearances, including some excellent Lux Radio Theater productions.

Choose your CD format
or order disks individually: Add to Cart Add to wishlist
Play a sample episode from November 14, 1938: 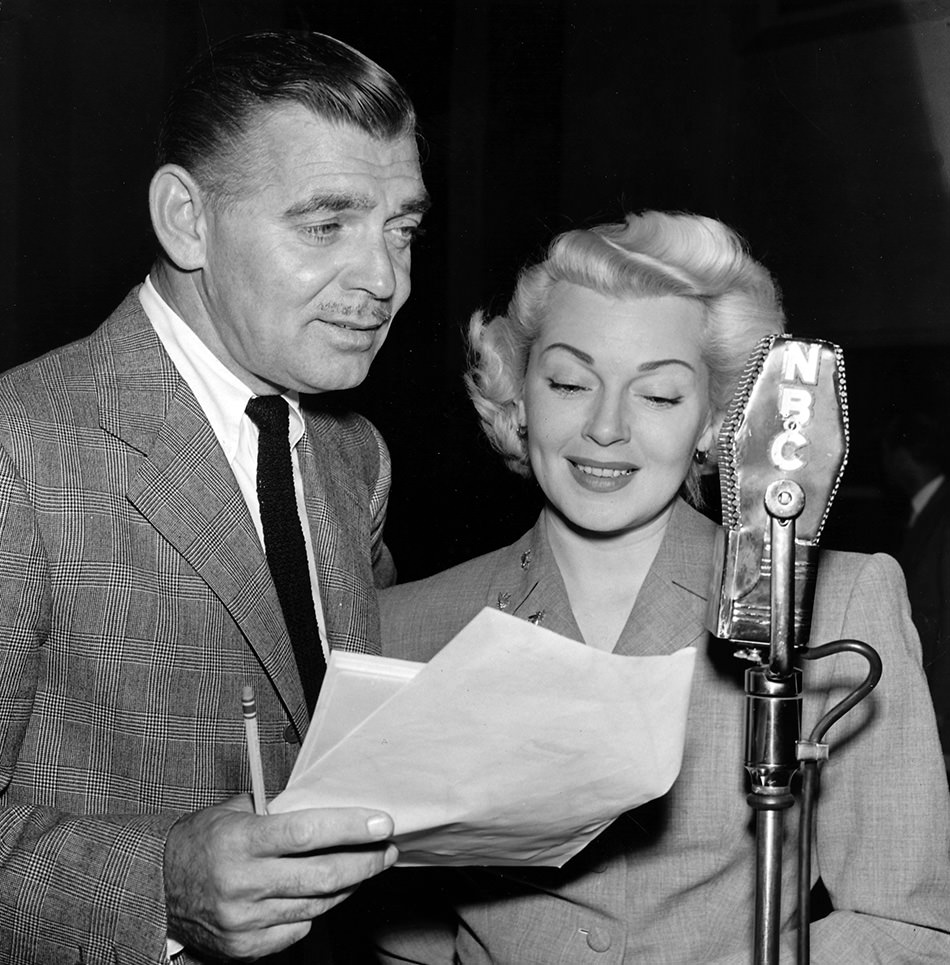 Clark Gable's most famous role was Rhett Butler in the 1939 film "Gone with the Wind."  Known for his swaggering masculinity and paper-thin mustache, Gable is one of the top film actors of all time.  He was adored by all, including Adolf Hitler, who offered a bounty for the live capture of Clark Gable who was serving as an Allied Army Air Corps in WWII.  Popular throughout the 1930s and 40s, he was voted by fans to be the King of Hollywood in 1938.  He wasn't pleased with this crown and confided, "This 'King' stuff is pure bull*...I'm just a lucky slob from Ohio. I happened to be in the right place at the right time." Clark Cable was born to a modest family in rural Ohio.  He worked odd jobs to help his family get by but enjoyed reading Shakespeare in his spare time.  When he turned 16, he dropped out of school and joined a theater troupe, eventually traveled to Portland, Oregon.  A slightly gangly and young man, he didn't look much like a screen star until he met Theater manager and acting coach Josephine Dillon when he was 21.  She took the young Clark Gable under her wings and fixed his teeth, styled his hair, taught him how to eat healthfully, exercised him to give him a fine physic, gave his speech lessons--grooming the Clark Gable that was to make screen stardom. Josephine Dillon also married him and took her finished product to Hollywood where he found success; however the age gap (she was 17 years his senior) eventually took its toll and he divorced her to marry a Texas socialite named Maria "Ria" Franklin . Lucas Langham Gable as "Ria" was only 15 years his senior.  Josephine Dillon had sweet revenge after all because those false teeth gave Clark Gable terrible breath, according to Gone with the Wind co-star, Vivien Leigh. His is as exciting as his film career.   A well-known womanizer, Clark Cable had multiple secret affairs with leading ladies including Joan Crawford and Loretta Young, which produced a secret lovechild. Doris Day summed up Gable's womanizing, "He was as masculine as any man I've ever known, and as much a little boy as a grown man could be – it was this combination that had such a devastating effect on women."

He married spunky independent actress Carole Lombard and described this time as being the happiest in his life.  She tragically died in a plane crash while promoting war bonds, and Gable was never the same.  He volunteered for the draft in her honor and served flying over Germany in WWII.  He continued to work on films until his death in 1960 and was laid to rest next to Carole Lombard.  This collection includes Clark Gable radio appearance, including some excellent Lux Radio Theater productions. 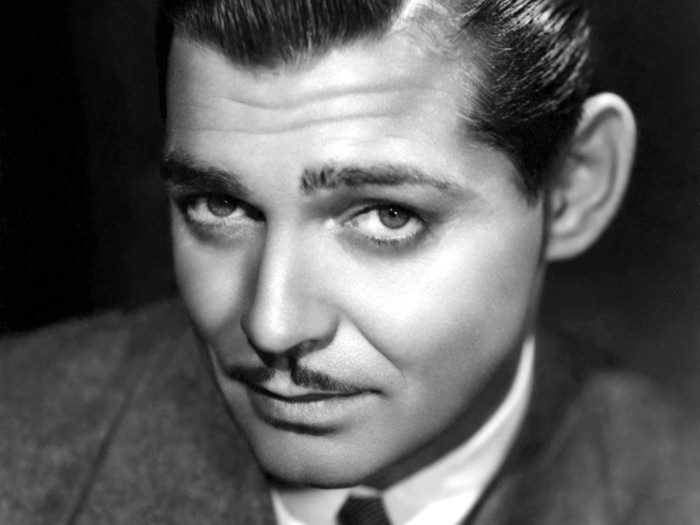