During her decades long career, she remained the epitome of Hollywood glamour and prestige.This collection contains the radio appearances of the"First Queen of the Movies."

Choose your CD format
or order disks individually: Add to Cart Add to wishlist
Play a sample episode from June 02, 1949: 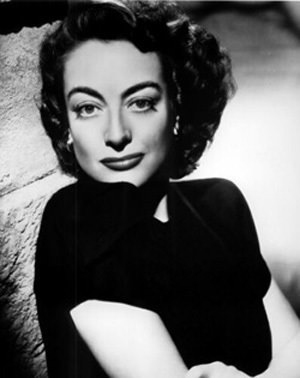 The name Joan Crawford conjures up a multitude of images from flapper to movie siren to comeback queen.  During her decades long career, she remained the epitome of Hollywood glamour and prestige.

Joan Crawford was born Lucille Fay LeSueur in San Antonio, Texas; he family later relocated to Kansas City, Missouri.  Her father left the family and after her stepfather also left, she was quite poor and had to help her family financially.  As a girl she stepped on a large piece of glass and the doctors told her that she would only walk with a limp in pain for the rest of her life.  Undeterred, within six months she taught herself not only to walk without a limp but to dance.  After a brief year at Stephens College in Columbia, Missouri she followed her dreams to become a dancer and toured in a chorus girl troupe.

She was spotted by a producer whom she persuaded to send her screen test to Hollywood.  She was given a MGM contract in 1924 and her first film was Pretty Ladies in 1925.  After a contest in a fan magazine to rename Lucille LeSueur (which sounded like "sewer"), the second runner up chose Joan Crawford and producers loved it.  Joan Crawford herself hated the name, but her star was rising. 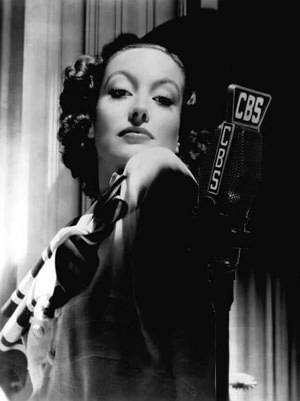 To gain better roles in films, Joan Crawford actively publicized herself by attending dances and parties in Hollywood.  When talkies were introduced, Crawford worked tirelessly on her voice and pronunciation by reading newspapers and books aloud.  Her work ethic helped her survive Hollywood's move from the silent film era as many of her contemporaries were long forgotten. 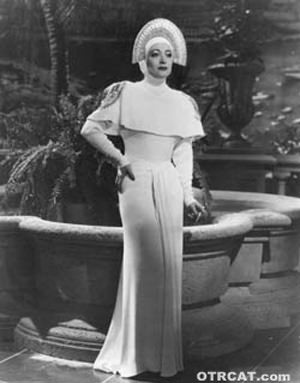 In the 1930s, Joan Crawford began starring in high budget films like Posessed with Clark Gable, Grand Hotel, Dancing Lady, Chained, and Forsaking All Others.  During this time, she made radio appearances on Lux Radio Theater and Screen Guild Theater.  In 1937, Life magazine proclaimed her "First Queen of the Movies." However, in on year later in 1938, the Independent Film Journal dubbed her "box office poison."  MGM terminated her contact in 1943 but her career was far from over.

Joan Crawford signed on to Warner Bros. and starred in Mildred's Place in 1945 which she won an Academy Award.  , she was nominated for a second Best Actress Oscar in 1947 for her role in Possessed and continued working under Warner Bros. until 1952.  She moved to RKO in and earned her third nomination for Best Actress in Sudden Fear.

After making Whatever Happened to Baby Jane? with rival Bette Davis, her career made yet another comeback.  She made more appearances on television and film until she retired from public appearances in 1974.  She died on May 10, 1977 in her New York apartment.