Loretta’s career began as a child actress during the Silent Picture era and remained strong until the Fifties when she left film to make a strong presence in television.

Choose your CD format
or order disks individually: Add to Cart Add to wishlist
Play a sample episode from January 25, 1940: 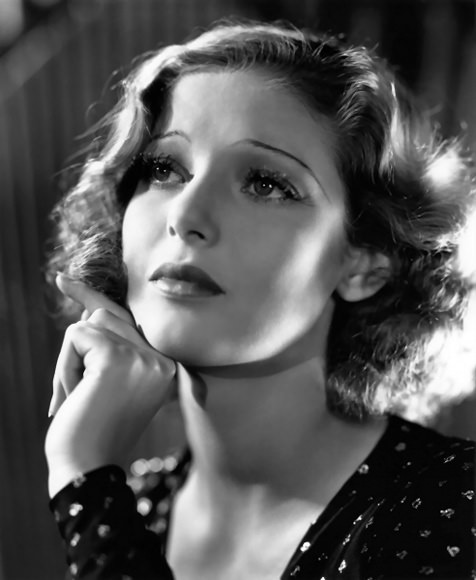 Hollywood has been in the business of perpetuating fantasy since the first director hollered "Cut! Print it!" at the end of a take. Movies are supposed to be fantasy, for the audience a movie is a chance to escape from their everyday reality. This is good business, it sells a lot of tickets. The tragedy is the idea that the fantasy had to be maintained even when the cameras stopped rolling.

Movies are fantasies, but they are made by real people with real lives, real relationships, real problems and real faults. The studio bosses believed that if too much of this truth was revealed to the general public, the public would stop buying tickets and the whole system would collapse. Better to keep the public from realizing that the people they saw on the screen could have any faults, so strict moral codes were devised and enforced for not only movies but the people who made them.

The characters played by screen diva Loretta Young have been described as "Sweet, Sweeter, and Sweetest." Loretta’s career began as a child actress during the Silent Picture era and remained strong until the Fifties when she left film to make a strong presence in television. For all her box office magic and image, Loretta Young was touched by scandal. However, because of the power of the Studio’s morality codes, the true extent and pain of the scandal would not come to light for decades, leaving a legacy of unresolved hurt and guilt.

Born on January 6, 1913, in Salt Lake City, Gretchen Michaela Young was the prettiest of Gladys and John Earle Young’s daughters. Even three beautiful daughters is not always enough to make an unhappy marriage work. Gretchen was two, Gladys left John and took the girls with her to California.

At the age of 3, she played a small role as a fairy in The Primrose Ring and laughed as she was tied to a pulley to emulated flying.  She enchanted silent movie queen Mae Murray who was also in the film and Murray offered to adopt the young Gretchen.  Her mother declined (at first) but entered her young daughters (Polly Ann Young, and Elizabeth Jane Young later to be known as Sally Blane) into small roles in film and the family saved enough to buy a boarding house and then an apartment complex. 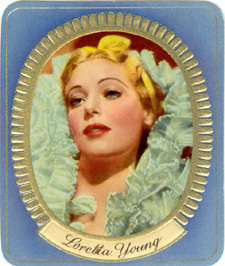 The Young girls, Polly Ann, Elizabeth Jane, and Gretchen, were enrolled in parochial schools and worked as child actors and extras in movies, as well as helping out at the boarding house. All of the girls enjoyed the glamor of the studios. As the prettiest and most popular, Gretchen was also the most ambitious and found the most success.

At the age of 14, she was signed to talent agent John McCormick, whose wife Coleen Moore gave her the name Loretta (after a favorite doll). In 1928, Loretta co-starred with Lon Chaney in the silent Laugh, Clown, Laugh, but in 1930 at the age of 17 she shocked everyone by eloping to Yuma, Arizona, with 26-year-old Grant Withers. The marriage was annulled the next year, just as the couple’s picture was released, ironically titled Too Young to Marry.

In 1935, Loretta co-starred with Clark Gable in The Call of the Wild. Despite the temptations of the Hollywood lifestyle and her ill-advised marriage, Loretta remained a devout Catholic. However, she was also hungry for affection and notoriously flirtatious.  She had just ended an affair with Spencer Tracy. The cast and crew of Call of the Wild set out into the wilderness near Washington’s Mt. Baker, normally a three-hour drive from Seattle, only to find themselves marooned for eight days by a blizzard. Loretta and Clark spent the time intensifying their flirtations, and director William Wyler later complained of "monkey business". Loretta insisted that nothing was wrong so long as "a certain line" wasn’t crossed. 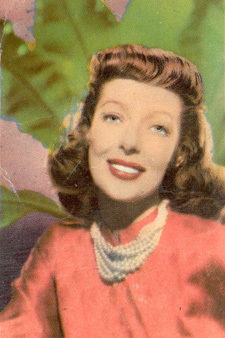 However, after the shoot was completed, Loretta realized she was pregnant. Gable was married to his second wife at the time, and the morals clauses in their contracts would have meant the end for both their careers if word got out. Loretta and her mother left for an extended "vacation" in Europe before quietly returning to Los Angeles for the birth. When Judy was born, Loretta sent Gable a telegram which he allegedly ripped to shreds. Gladys took the baby girl to an orphanage some months later where she would be "adopted" by her "new" mother. In 1940, Loretta married producer Tom Lewis and Judy was raised as Judy Lewis, although Tom never adopted her.

Loretta Young was very prolific and made as many as nine movies a year starring with big name actors.  In 1935, she made the film The Call of the Wild with Clark Gable, the two had an affair and a secret lovechild.  She won an Oscar in 1947 for her performance in The Farmer's Daughter.  She also starred in The Bishop’s Wife with Cary Grant and Mother is a Freshman with Rudy Vallee.  She moved her career to television and hosted The Loretta Young Show donning extravagant evening dresses and spinning into the room.

Loretta Young went on to win Best Actress for The Farmer’s Daughter (1947) and appeared with Cary Grant and David Niven in the Christmas favorite, The Bishop’s Wife (1947). She hosted and starred in the very successful TV anthology series, The Loretta Young Show, from 1953 to 1961. The New Loretta Young Show, repackaged as a drama/situation comedy, aired on CBS during the 62-63 season. This was the first time Loretta appeared as a recurring character, and the show did not do well, largely because it shared its late Monday time-slot with ABC’s Ben Casey. It was not renewed for a second season.

This collection encompasses many of her radio appearances including the many productions of Lux Radio Theater in which she appeared and Sealtest Variety Hour.